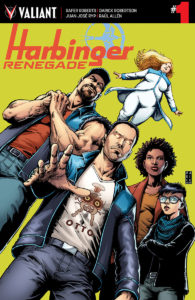 With this revolutionary upheaval now in motion, Kris Hathaway, John “Torque” Torkelson, Faith “Zephyr” Herbert, and Peter Stanchek are about to discover their calling. Together, the Harbinger Renegades are moving from town to town, building their ranks, and subverting authority one mind at a time…and setting out to prove once and for all that behind their power, there has always been a purpose.

After the Renegades banded together to take down Toyo Harada’s global corner on psiots, everyone went their own separate ways. Kris Hathaway is trying to rebuild her life after spending some time in prison. John “Torque” Torkleson is cashing in on his status as a psiot celebrity. Faith “Zephyr” Herbert and the psiot hacker known as “Ax” do what they can to represent psiots as more than simply terrorists. Peter Stanchek, the only psiot known to have the ability to activate latent psiot powers without fail or risk, has disappeared.

With the fall of Harada’s Harbinger Foundation, and the public “outing” of psiots, Toyo Harada was forced to change his tactics. While he was still seeking out inactive psiots to bring into his fold, he wasn’t the only one. With the names of all potential psiots now made public, others are tracking them down and attempting to activate their latent powers.

Sometimes it just doesn’t work out. In the case of the splinter group led by a young man calling himself Enfuego, their attempts at activating the super powers of their recruits have been, as often as not, fatal to the volunteers. Word of these events has made its way to Ax, who in turn has passed the word along to Faith. Latent psiots are in danger now, more than ever, and the responsibility rests on the Renegades who made their presence known. Faith and Ax are working against the clock, trying to get to the innocent potential psiots before they’re snatched up by either Harada or Enfuego.

Time to get the band back together.

In true Valiant fashion, Harbinger Renegades takes a theme that’s been used over and over again in comics, while approaching the subject from a slightly different angle. In this case, the concept of “mutants” is reborn. You’ve got the “good guys”, you’ve got the “bad guys”, and you’ve got shady conspiracies, all trying to gather followers to their cause for their own often shady purposes. Of course, you’ve also got the Renegades.

Against all odds, Faith and Ax just want to do right by the people they helped put in danger. The task will be much easier once the rest of their band can be brought on board. Now, in most comic books, the task is relatively easy… a speech about power and responsibility, or maybe something about protecting those who hate and fear you. Whatever the method, the result is usually pretty predictable. In a group epiphany, everyone goes “aha!” and before you know it you’ve got yourself a super-team. Remember, though, this is Valiant we’re talking about. From their humble beginnings, they’ve taken traditional comic book concepts and asked “what if this happened to real people, in the real world?” The concept plays out a little differently when members of your team have to worry about things like violating terms of their probation, or drug addiction.

So it is that the Renegades tackle their uphill battle, as Faith tries to convince Kris that she’s needed, and for much more than stocking shelves at the supermarket. As for the whereabouts of Peter, the group’s addiction troubled leader and the one able to simply switch on latent psiot powers, no one has a clue. All they really know is that if he’s fallen back into his old drug addled habits, they might be better off without him.

It’s the approach to fleshing out their characters that helps this creative team push the title ahead of the pack. We’ve got plenty of team books out there, but with Harbinger Renegades it’s just done a little bit better, and with a twist. Rafer Roberts gives all of his characters their own problems, motivations, and a few pretty serious flaws. No one’s perfect, and it’s usually pretty cool to see that concept fleshed out in a comic series. The solid writing is shored up by equally impressive artwork and character design, compliments of (in the main story) Darick Robertson and company. There’s a decided lack of tights to be seen, and it works out great as another way to ground an outrageous story in a pseudo-reality. The characters and the world they live in is more compelling because, and I hesitate to put it this way, they’re more believable… more relatable.

If you’ve never looked into the Valiant Universe, you’ve been missing out on some great story-telling. With this first issue in a brand new series, maybe it’s time to give it a look. I can’t promise you’ll find it as cool as I do, but isn’t that the way it works in the real world? 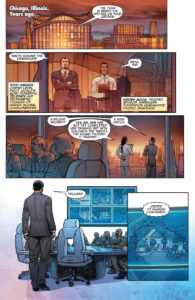 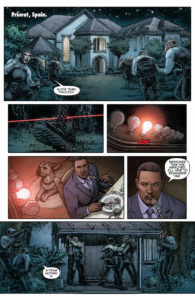 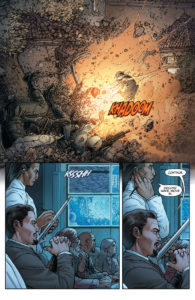 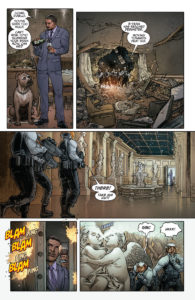 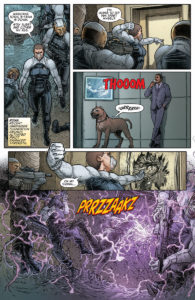 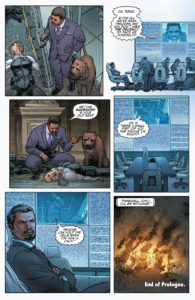 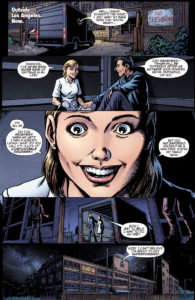 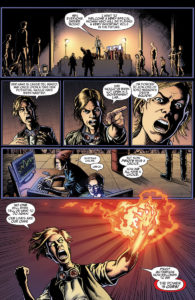 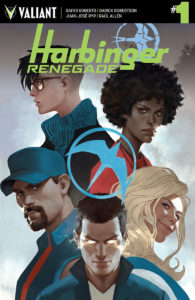 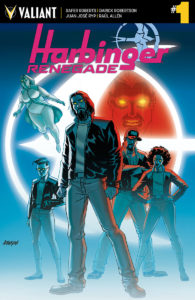 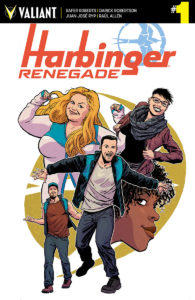 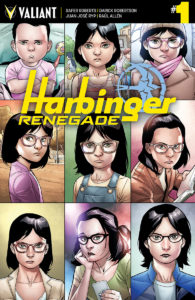 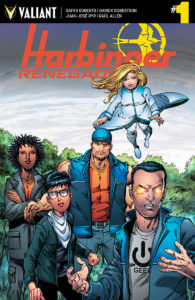