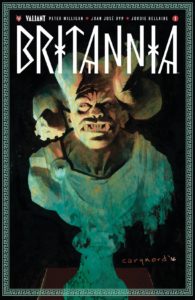 On the fringes of civilization, the world’s first detective is about to make an unholy discovery…

Centurion Antonius Axia is chosen by Chief Vestal Rubria for a mission of great importance and discretion. One of the Vestal Virgins, chosen priestesses of the Roman goddess Vesta, has been taken by a band of druids out of Britannia, to be sacrificed to one of their pagan gods. Rubria would prefer that Emperor Nero didn’t find out about the situation, as it could diminish the mystique of the Vestals in the eyes of Rome. Therefore, it’s left to Antonius and a handful of trusted soldiers to rescue the virginal damsel in distress.

It actually all sounds pretty cool and heroic. At least it does until we get to the bit about the particular pagan deity the missing girl is to be sacrificed to. Orkus, the Etruscan Beast, Lord of the Cave, Hunter of Dreams and Devourer of Virgins. That’s a serious string of honorifics, and by the end of Britannia’s opening issue we begin to get the impression that he’s earned every one of them.

Roman society was a mess of absolutes and contradictions. Women weren’t allowed to vote or own property, yet the Vestals were given authority at times to rival the Emperor himself. Slaves were taken from Roman holdings, captured and taken far from their homes to become servants and often trusted friends to the Romans they belonged to. Slaves also came from the Roman citizenry, oftentimes people selling themselves into servitude in order to pay off debts. Also, notably, Roman slaves had the opportunity to earn enough money to purchase their own freedom. So it shouldn’t be a surprise to anyone that a story based in the culture and beliefs of the Roman Empire would have more twists and turns to it than it had gods in its pantheon.

If only Antonius Axia had that kind of insight at the time. He might have thought twice before taking the rescue on as a favor to Vestal Rubria. Okay, that’s not fair. He did think twice, particularly over the bit where his men and he would essentially have to desert their posts in order to perform said rescue. But, facing the possibility of crucifixion Antonius and his men killed the druids and saved the girl before she could be defiled as an offering to Orkus. After the rescue, however, Rubria and her Vestals weren’t done with Antonius. To undo the injuries he suffered, physical and mental, he’s left in the care of the priests of Vesta. In the course of that care, he’s given access to the Codex, a prized tome of enlightenment that very few have seen and fewer have been able to decipher.

Years later, Antonius has left military service, now using certain inexplicable insights gained from the Codex to uncover the secrets no one else can fathom. He’s solved murders and thefts, uncovered grand conspiracies on behalf of the Empire and her citizens. Now, he’s being sent to the farthest reaches of the Empire, to Fort Paulinus in Britannia, so that he might uncover what horrors are lurking in the heavy fog and put a stop to the troubles there.

I’m a fan of this kind of historical fiction, and in particular I’ve got a thing for stories about the Roman occupation of what’s now Britain (look up the Ninth Legion and Hadrian’s Wall… that’s some cool stuff). Nothing came easy to the Romans in that cold and misty terrain. The locals held to their traditional beliefs, giving the mysterious druidic priests more control over the populace than the occupying Roman forces. The Empire was never really able to maintain its foothold in those northernmost territories, and there are enough gaps in the historical accounts to leave us wondering exactly why. While I don’t attribute their difficulties to virgin devouring deities of pagan origin, the influence of those same deities as described by the druids can’t be discounted.

Going into the opening issue of this new series from Valiant, I was pretty eager to see what they were kicking off. Valiant has, in my opinion, a long history in some great storytelling, rooted in strong character development and writing. I don’t think I was disappointed in the least with Britannia #1. Peter Milligan has done some homework, seeming to hit all the right historical notes in regards to the Vestals and their role in society. Likewise, he’s created some great characters to round out his recreation of this long lost world. Nothing, no one is wasted. In particular, I think my favorite character so far doesn’t have more than a few panels in the story so far… Bran, slave and by all appearances friend to Antonius, pretty stole the issue with his dry wit.

I’m not going to tell you how great the art by Juan Jose’ Ryp is. I don’t think my words can really do it justice, so I’m just going to post some preview pics and wrap this up. In closing, I’m going to say that if you’re looking for a comic that steps away, far away, from the normal offering of superheroes and video game adaptations, Britannia could be a great title to get in on. 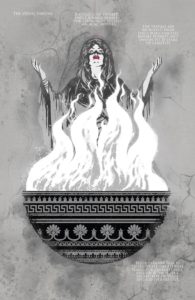 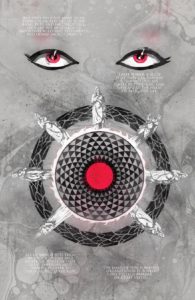 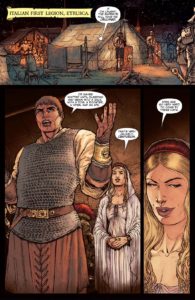