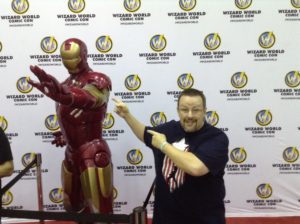 Hello again, kids and older not quite kids but definitely not “grown ups”!

So yesterday, Saturday, was my second day at Wizard World Chicago for 2016, and it was a blast! Sadly, the loss of my kidney will be a tough one to overcome, but for the sake of the loot I have piled up and waiting for a place of honor in my Man Cave’s Nerd Shrine, I will persevere. Now, on Friday I wanted to make sure I was pointing out a bunch of the artist’s I had a chance to chat with a little bit (Jar of Comics, Bianca Roman-Stumpff, the folks from Mad Cave, and the creators of indie comic Evolusion to name a few…), and today I’m going to do more of the same. In addition, I’d like to highlight a few of the awesome cosplayers that I met, talked with, and conned into letting me take a picture. Again, if you’re not the patient sort, and you’d just like to get to the cool costumes, go right ahead. The rest of us will wait. Again.

As far as the costumers went, there were way more than I could possibly track down, and between you and me I’m too old and fat (yah, that’s me cheesing it up next to Iron Man at the top of the article) to be running through crowds chasing people. Also, I can’t afford any police contacts, so acting like a creepy stalker isn’t for me. But it was great on Saturday, because I took a little more time and got to converse with a few. For instance, the outstanding Dean (Supernatural)… After shouting “DEAN!) across the crowded front lobby of the convention center, we not only got our pic but we also wound up standing around jaw jacking for about five minutes while we waited for the doors to the convention halls to open up. Turns out he’s been cosplaying for a few years, and he’s been pretty exclusively going as Dean for the last three. Coincidentally, it’s been the last three years that I’ve seen him at the last three Wizard World Chicago events I’ve been to. Yes, he’s working on picking up an old Impala, but no he’s not planning on going so far as to have the Mark of Cain tattooed on his forearm. Also, the pretty much badass Deathstroke was on hand and experiencing some costume difficulties. Being the committed cosplayer only able to see through one eye (he actually had an eyepatch on underneath that helmet… I guess I could’ve asked if he really was monocularly challenged, but that seemed a little personal), and also hampered by gloves, I offered to help him out. In exchange, we got a good shot. I’m not generally one to be stopping people in a crowd and asking for pictures… honestly, I’m really not much of a people person- but a friend has pointed out that these are my people so maybe that makes the difference- but overall I don’t think I had one person who was less than outgoing and happy to show off the work they put in.

Also had some great times once again in Artist’s Alley. Some more of the stuff I made off with was a trade paperback collection of The Knight Watchman, a hero from the Silver Age of comics created, written, and drawn by Chris Ecker. This volume was made doubly cool when Mr Ecker not only signed the inside front cover, but also sketched in a little one of a kind pic of the hero! 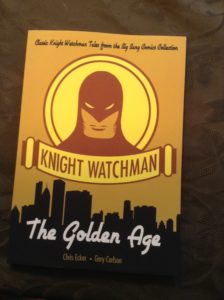 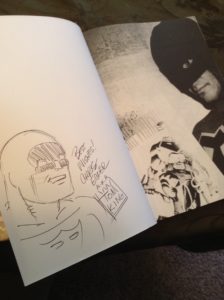 And Katrina Hill, author of the book Action Movie Freak was on hand this time around- she was away from the booth on Friday when I picked up a copy of her book- which worked out great. I was able to let her know that I stayed up maybe a little later than I should have, reading her book and laughing more than I thought I would. Bottom line on that one, if you’re fan of action movies, think you might be, or know someone who should be, this is a great and entertaining book to read.

Now sadly, there is going to be some bad with the good. Call it a public service message: Be on the lookout for swindlers who rent out booth space and then fill it with the work of other people (ie: actual real artists). In a disturbing number of instances, these people are just plain thieves who get hold of prints and then either sell them without permission, or flat out claim them as their own. For my part, I pretty much don’t even look at the booths without name tags identifying the artist, or where I know the artist by face. I also think it’s pretty much good sense to avoid the booths DVD’s of shows like Stranger Things (which isn’t even available on disk!) with case inserts that look like they were printed off on a home desktop printer. Frankly, it’s a little disappointing to see that in a place that’s supposed to be all for the artist’s and their work. Thankfully, this is an issue that’s getting more and more attention, and the fans and convention organizers are getting savvy to their crap.

So for me, this has been a great weekend. If you were there, and we had the chance to chat, that’s awesome! I’m damn glad to meet you, and look forward to seeing you guys again next year! Now I have to go and rearrange the Man Cave to make room for all this stuff. Wish me luck! 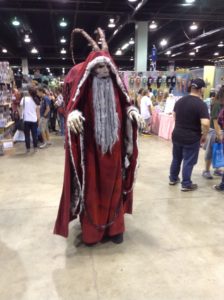 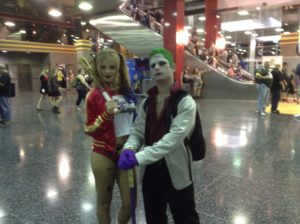 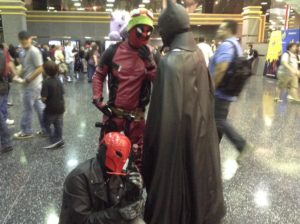 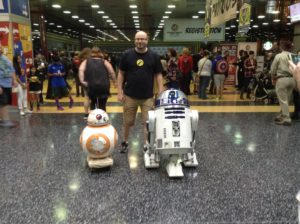 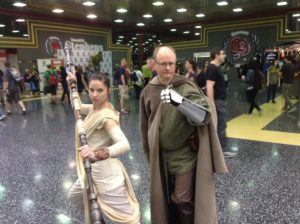 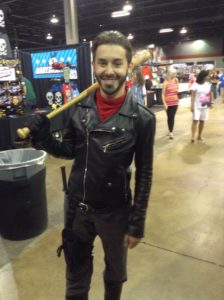 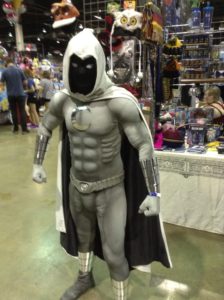 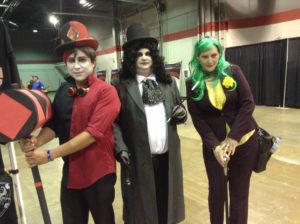 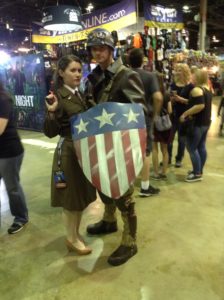 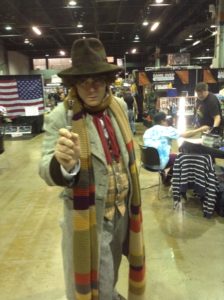 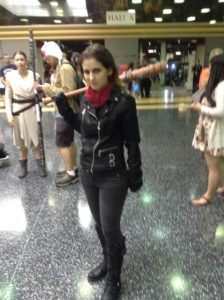 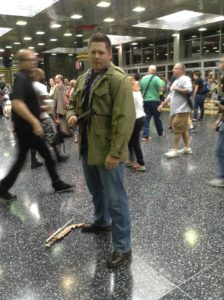 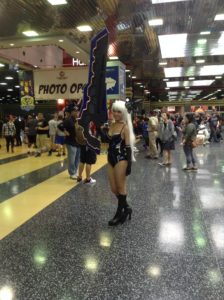 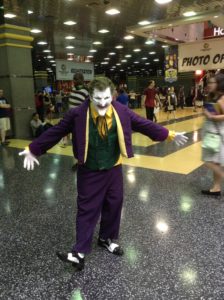 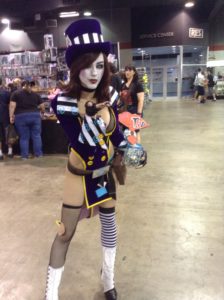 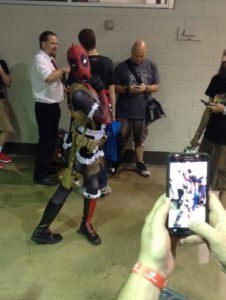 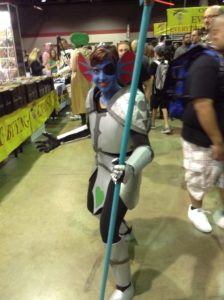 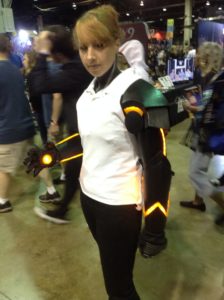 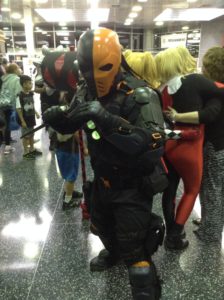 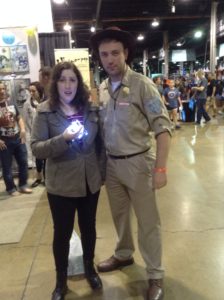 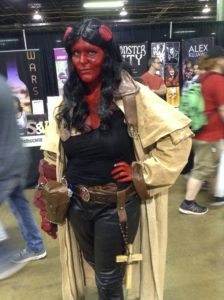 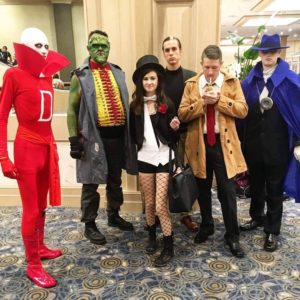 From me and my fellow nerd boys, we bid you all good day! 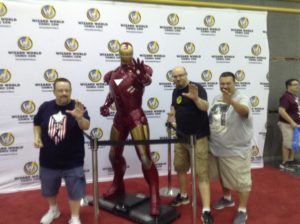