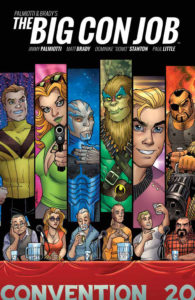 Comics veteran Jimmy Palmiotti (Harley Quinn) is a master at crafting humorous, snarky comics, and for The Big Con Job he’s teamed up with longtime comics journalist-turned-writer Matt Brady (Buck Rogers) and artist Dominike “Domo” Stanton (Deadpool) for a unique heist story. They’ve crafted a Galaxy Quest meets Ocean’s 11-style crime story set in the larger-than-life backdrop of the modern convention circuit. You thought cons couldn’t get any bigger? You have no idea.

After working the same convention circuit for decades, a ragtag group of flabby action heroes, aging sex symbols, and sci-fi bit players become close friends as they watch their lines get shorter and their autographs get cheaper. That is, until they hire a cocky new booking agent who offers them their only chance at a comfortable retirement: robbing one of the largest cons in the country! Collects the complete limited series.
———-

This should be a pretty easy sell for any fans of classic shows like Star Trek, the original Battlestar Galactica & The X-Files, newer shows like Babylon 5, and (sniff) Firefly. There’s even a pretty easy line to be drawn, linking The Big Con Job to movies like Galaxy Quest, and more appropriately the internet hit Con Man. The heart of this story is a group of actors and actresses, tied together by the shared experience of having those hit shows once upon a time, now spending their lives following the convention circuit.

Let’s face it, we’ve all experienced the joy of a television show that just “gets us”, along with the disappointment of seeing that show taken away. Now try to imagine that this show wasn’t just your Sunday evening’s entertainment. What if it was your work, your career, how you made a living. Next, try to picture yourself struggling to make ends meet, despite whatever popularity you might still enjoy in certain circles. The harsh reality is that having fans shout your name across the grocery store isn’t going to actually pay for your groceries. Your biggest payday is traveling the convention circuit, moving from show to show, selling autographs and photo ops in the hopes of pulling in enough to cover the bills. All the while, your audience and fanbase is getting older right there along with you, and proving to be a little less eager to make the trip to come out & see you. Your show’s off the air, so new fans become harder to come by, but for those blessed few who discovered it online or through their parents. What do you do next?

This is the premise behind The Big Con Job. It’s about a group of people who, once upon a time, did very well for themselves in showbiz. Whether they got by on their looks, or their talent, now they’ve moved on into their later years and the acting jobs just don’t come along as quickly or easily. The jobs they do get offered are generally… less than ideal, certainly not Shakespeare, and almost always not paying top dollar. So they cash in on their previous successes, sitting behind convention tables, hoping enough fans will want to pay for some brief interactions. The first issue establishes that it really isn’t a great life, a fact hammered home when rock bottom becomes more than just a cliche’ for one of the characters. So with life not just handing them lemons, but whipping the damn things at them as hard as it can, these people find themselves short on options. That’s usually about the time the “unthinkable” becomes a little more palatable.

You’re not going to find any big action scenes in The Big Con Job. There are no superheroes, no battles between good an evil… at least, not in the popular sense. This is a story about people, and that’s it. Just folk doing what they have to in order to get by. The gold in these pages is in just how beautifully put together these characters are. Without a doubt, Jimmy Palmiotti and Matt Brady have done some serious homework. The people in this book are just about as genuine as anyone you could meet on the street- or at a Sci Fi convention- and their decision to change their situation is built on easily understood emotions. The artwork of Dominike Stanton brings this very real world to life, giving everything and everyone their distinctive look. That’s kind of a big deal when you realize that the reader isn’t able to rely on brightly colored and unique costumes to tell one character from another.

The homages come along with impressive frequency. Die hard sci fi fans will have a plethora of Easter Eggs to find as pretty much every classic story, movie, and television series is represented in lovingly spoofed detail. Most of these glimpses of hidden whimsy are completely necessary to lighten the mood, so the use of wry humor throughout the book is a welcome one. Without the humor, this book would come across as exceedingly heavy and grim.

This is definitely a worthwhile read, and one that’s particularly relevant as we dive deeper into convention season (San Diego ComiCon is coming fast!). I’ll be hitting Wizard World in Chicago in just a few short weeks, and I think when I see that aging actor from a show I used to watch as a kid, sitting in a booth with no fans in line, I’m going to be a little more eager to show some appreciation. Hope you can do the same. 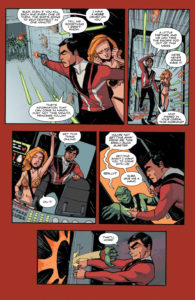 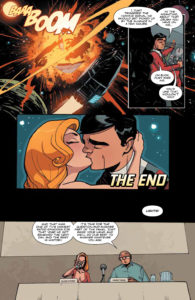 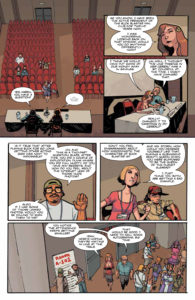 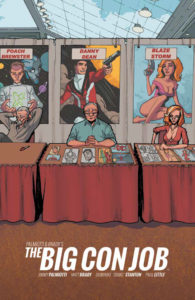 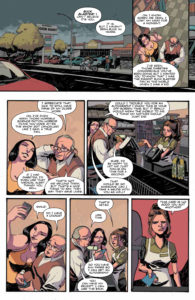 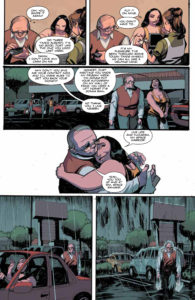 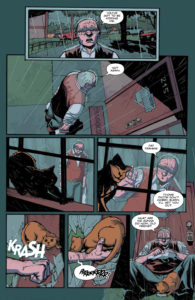 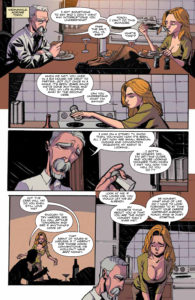 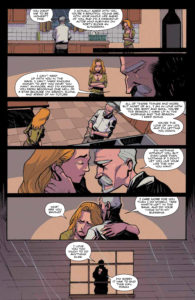 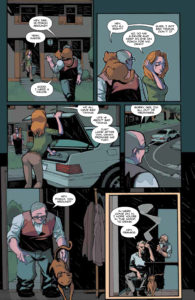