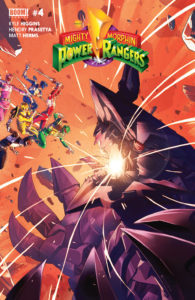 It’s Morphin Time! After escaping Rita Repulsa’s mind control, Tommy Oliver, the Green Ranger, joins up with the rest of the Power Rangers to combat her never-ending evil plans. Any semblance of a normal life is gone for Tommy now, but with his newfound family there lies hope for a brighter path.

Tommy must overcome his failures and hallucinations to be the Ranger his team needs in order to survive Rita Repulsa’s plan, which is the greatest threat the Rangers have ever faced!

Don’t roll your eyes at me… When my kids were young, the Power Rangers was a pretty solid option for TV time compared to Barney the creepy as hell purple dinosaur. Okay, whatever. Judge away. Granted, I’m not saying that the old series (or any of the gazillion spinoffs that have come since for that matter) should win any awards for excellence. I’m just saying that there were way worse options at the time. And the martial arts was pretty cool… All that being said, Boom! Studios has taken the premise of the old show, kept the values and themes intact, and introduced something completely new in the form of decent dialogue and fleshed out characters. The artwork is very well done, presenting solid action scenes both in the Rangers’ hand to hand fighting, and in the giant ‘Zord combat.

Essentially, this story has picked up shortly after Tommy, the Green Ranger, has broken free of the control of Rita Repulsa. If you weren’t aware, he was originally introduced in the show as a “double agent” meant to bring down the Rangers from within. Instead, he’s brought fully into the group and goes on to be the group’s leader in future incarnations as the White Ranger. But he’s not as “free” as the other Rangers might think. Tommy is still harassed by visions of Rita, and he believes that she’s implanted some kind of psychic shadow of herself in his mind to undermine his resolve, to convince him that the Rangers haven’t really accepted him, and that he’s destined to fail as anything but a villain.

To make matters worse, Rita has sent an agent, Scorpina, to take control of Tommy’s Dragonzord, and is using it to wreak havoc on an unsuspecting Angel Grove. Now the action starts to really kick into high gear as the Rangers mount up with their ‘Zords to stop Scorpina and the Dragonzord before it can cause too much destruction. Meanwhile, Tommy has been ordered to stay behind until the team can help him get a better handle on his hallucinations.

Okay, you can say it…. “Rita Repulsa”. “Scorpina”. These are some of the worst bad guy names ever, and we still have no idea of “Ivan Ooze” is ever going to make an appearance in the series. All I can do is remind you that the television series was meant for kids, not so much for the adults who get roped in along with them. The comic series is pretty much the same, just a better version that’s a little more palatable for older readers. It’s still very kid-friendly, with the harshest language used is when Jason says “heck”.

Bottom line is that this is a pretty solid action series for younger readers, and any adults who might want to read along with them. Or maybe you’re still hanging on to that last vestige of youth and you’re looking for some reminiscing… Whatever. Mighty Morphin Power Rangers can still deliver the punch, and with a new movie on the way this might be a good time to jump in. 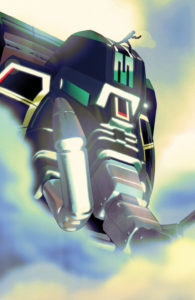 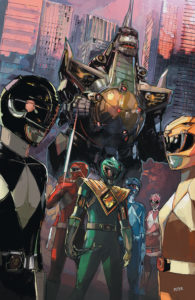 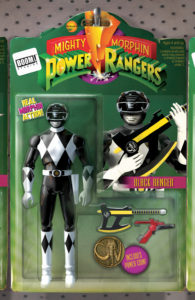 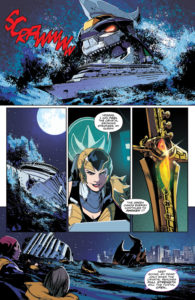 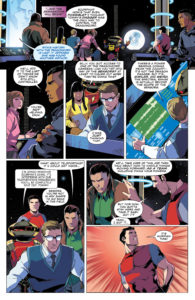 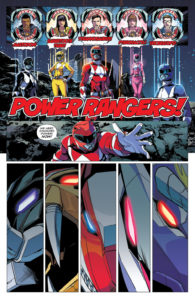 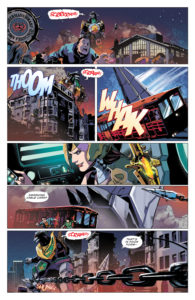 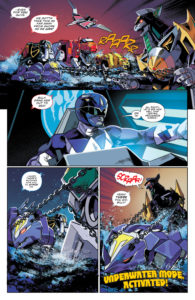