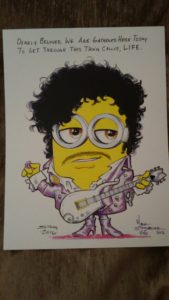 In early 2000, I had plans to move in with my new boyfriend and start a new life living in Southern MN. He’d spent the first month of our relationship the previous year collecting information that not only was I not adverse to his “comic collecting hobby,” but I actually liked comics and embraced much of his collection with enthusiasm. So in the Spring of 2000, I went to my first comic convention at a community center in White Bear Lake called “MicroCon,” aptly named because it was all crammed in to one decent-sized party room, with crowds of fans swarming the quarter boxes for cheap reads and getting sketches from local artists. I met my first “big name” comics creators – Doug Mahnke and Tom Nguyen (the art team on Superman: Man of Steel ) and said absolutely nothing to them because I was so scared to talk to all these new people. My guy actually asked for sketches for me, because I literally could not talk in the presence of this kind of greatness. They were VERY nice, as were all the comics creators we met, and it turned out to be a wonderful experience.

Fast forward 16 years, and I freely wander the insanely spacious hall of the Grandstand at the Minnesota State Fairgrounds, and have enough money saved up to pay for those neat little sketches. The MCBA still runs every bit of it with volunteers, and more of them every year. Despite its growth, renaming, the influx of cosplayers and an additional day being added; it’s still the same friendly con it was back then, and it’s still all about comics.

You will not see any “soon to appear on a CW show” or “was the third Storm Trooper from the left” celebrities at MSP Comic Con. Even if you are important in a tangentially related field (like RPG’s, card games, or fantasy novels), you need to have a comic book or graphic novel or web comic out to get a table. All of the panels are discussions about comics – breaking into the business, talks with people who have been in the business, or who have self-published, or debates on superhero vs. reality based books. The panels are informal, as the “panel room” is a curtained-off section of the con floor and subject to much of the noise from that room. This year, the technological advancement was a big screen TV outside the room so you didn’t have to go in and interrupt the speaker to see if the next panel had started. Excellent upgrade!

This year, I got to meet Craig Rousseau and Rich Woodall, J.K. Woodward, Brent Peeples, Trina Robbins, and Liz Berube. Spent some time talking to “old” friends Doug Mahnke, Angel Medina, Gordon Purcell, Sean E. Williams, Patrick Gleason (briefly), Christopher Jones, and Bill Willingham. I did stalk Dan Jurgens but didn’t stop to talk. I feel great shame in not having time to chat with Steve Leialoha, Brent Schoonover, Jenevieve Broomall, Joseph Michael Linsner, Kristina Deak, Eric Burnham, Sara Richard or some of the other featured creators. Time was just too short. The only panel I managed to attend was “Liz Berube & Trina Robbins Talk Comics,” which was just as delightful as it sounds, like having cocktails with your favorite aunts. Afterwards, I bought their books – Liz has a coloring book out that is really beautiful! – and chatted with them informally, and they both chided me for not asking questions, even though I was sitting in front. Some things don’t really change.

While some Comic Conventions have little to do with comics, and others are a spectacle of excess, MSP Comic Con will continue to be the Family Reunion with the family you chose. My hope is that it never changes. 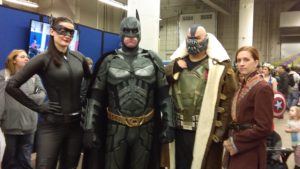 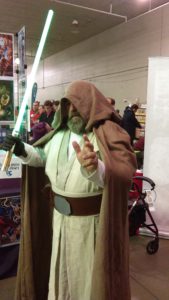 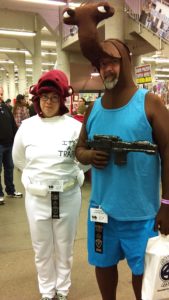 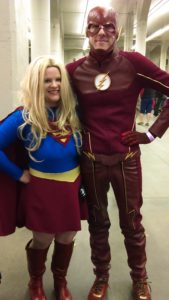 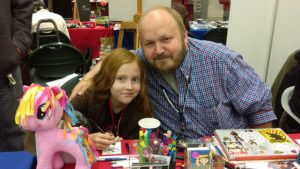 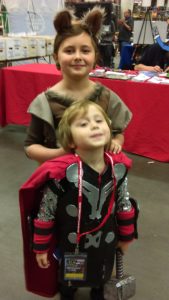 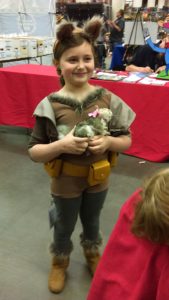 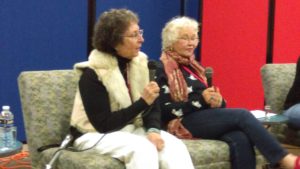 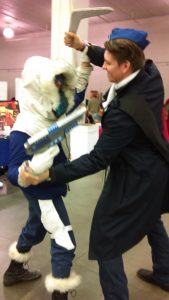 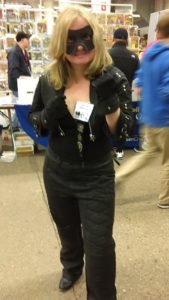 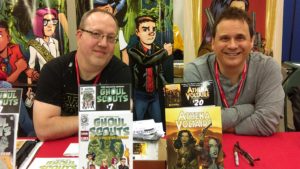 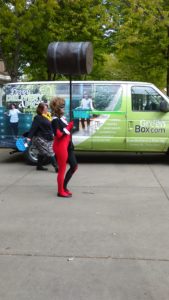 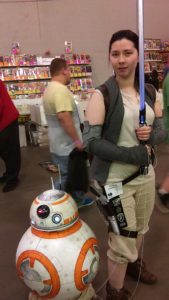 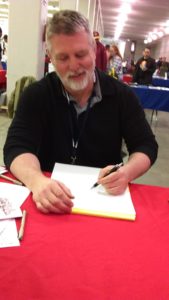 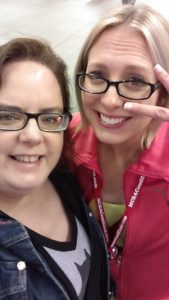 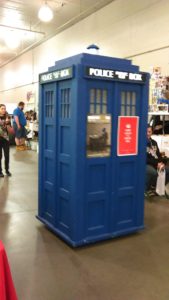 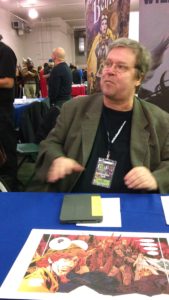 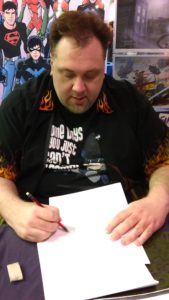 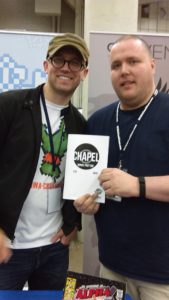 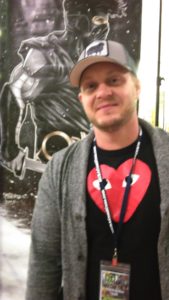 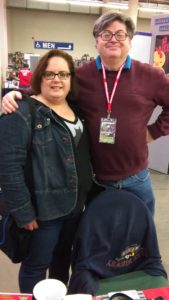 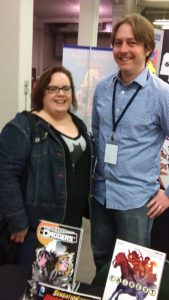 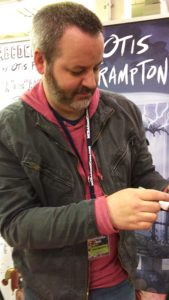 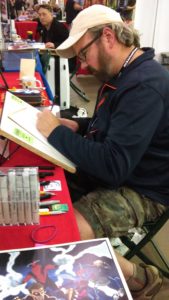 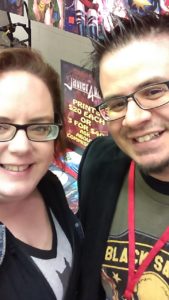