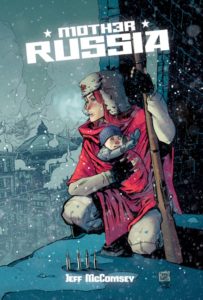 In the middle of the zombie apocalypse, a Soviet sniper risks her life to protect something she hasn’t seen in a long time: a perfectly healthy baby boy.
———-

Svetlana Gorshkov. Mother Russia. Ballerina. Sniper. When the Third Reich arrived in Russia, it was greeted with violence and pushed back by the people of Russia. Military or civilian, it didn’t matter. There was no retreat, because there was nowhere for the Russians to retreat to. They were already home. The Germans fell back along the path of least resistance, and found themselves in Stalingrad. The fighting never eased up, door to door, building to building, the Germans doing their damndest to root the Russians out, the Russians even more determined to defend their homes.

Finally, the fighting did stop. And the hell was just beginning.

Holed up in her tower, well out of the reach of the zombie hordes below her, Svetlana continues her watch. She sleeps, she exercises, she eats, and when those chores are done she takes up her rifle and goes to work. One by one the zombies drop, every bullet finding its target. With the food and ammunition she’s stockpiled, she could continue in safety until winter, when the zombies below will freeze. That’s the plan…

Until she sees a toddler out alone, wandering among the walking dead. Seeing the unthinkable about the happen, Svetlana jumps to rescue this one innocent, living, breathing child. Down on the ground, her aim is no less accurate or deadly, and she does reach the boy only to find herself about to be swarmed by the horde. Whether it’s luck or providence doesn’t matter, but Mother Russia and her small ward are in turn rescued by the unlikeliest of allies: Major Otto Steiner of the German Army, and his German Shepherd Brunhilde. The two form an alliance, because when the dead rise up to devour the living, political ideologies seem a little silly.

Damn… The three issues of Mother Russia, brain child of Jeff McComsey and put to paper through a successful Kickstarter campaign, are in their entirety an outstanding example of storytelling in comic book form. The black and white art is very sharp, a little reminiscent of Mike Mignola’s work on Hellboy, and tells the story flawlessly. To his credit, McComsey has the good grace to let it, allowing his art to do its work without an overabundance of dialogue in a fantastic display of “show, don’t tell”. In this manner, the reader experiences the action as though it were a well-choreographed movie, and gets to know the characters through their deeds. Where there is dialogue, it happens naturally without too much soliloquizing to slow things down. And this story never really slows down at all, apart from the instances where the characters (pretty much limited to Svetlana and Major Steiner in the main story) take a breath and get to know each other.

Bottom line… if you’re stuck in the middle of a warzone populated by enemy combatants AND the walking dead, there isn’t a lot of conversating going on.

I’ve seen references made to Mother Russia in other comic media outlets, but never quite got around to pulling that trigger and checking it out. Thanks to a ComiXology offer in an issue the zombie anthology series FUBAR, I finally got my introduction. As a character, Svetlana Gorshkov is a study in tragic circumstance. Living in the war torn Soviet Union while the Reich makes its bid for world domination, her dreams of dancing are shattered. When the war arrives at her doorstep, Svetlana is offered a choice between dancing for the troops to improve morale, or fighting for her home. In her own words, “I didn’t feel like dancing anymore.”

With well thought out, compelling characters, and all of the zombie killing action you could possibly need, I can’t recommend Mother Russia highly enough. And as a bonus, sort of a little gimme for being this late to the party, the 2015 collected edition has the original three issue series, as well as a few short stories that give a glimpse into Svetlana’s background, and a peek at the world of a zombified Stalingrad.

If you’re already a fan, I’m a little salty at you for not putting me onto this sooner. If you haven’t read Mother Russia, you truly are missing out on a great read that’ll leave you hungry for more. 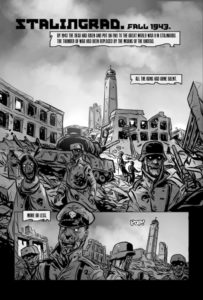 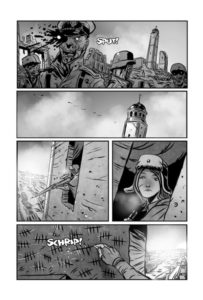 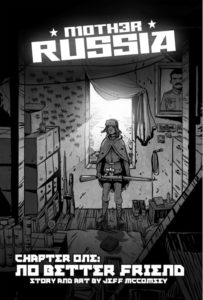 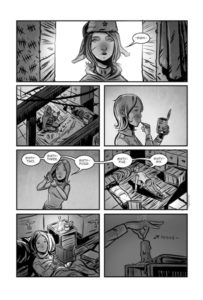 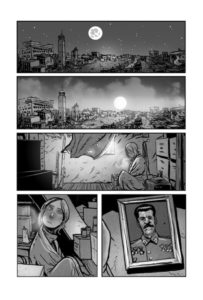 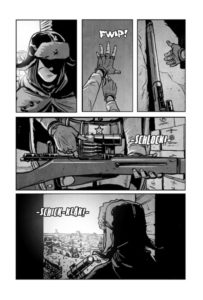 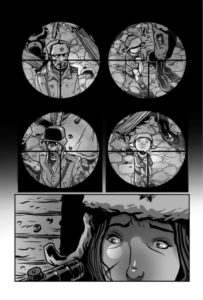