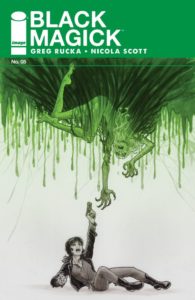 Detective Rowan Black works robbery/homicide for the Portsmouth PD, but her greatest mystery is the truth about herself…both who she has been, and who she will become. Yet there are others in Rowan’s world with very long memories, and the power that one person holds, another will always covet. PLUS, each issue also features an all-new work of original fiction by GREG RUCKA! A new gothic-noir ongoing series about legacy, destiny, redemption…and the price of magic.

END OF STORY ARC Book One: “Awakening” Conclusion Trial by divination.
———-
Detective Rowan Black is caught in the middle of something much larger than anything she’s ever seen before. First, a hostage taker refuses to talk to anyone else, asking for her by name. The meeting results in some not-so-spontaneous combustion, leaving the perpetrator a charred corpse. This event begins a series of events hinting at a larger conspiracy, with every indication that some very powerful is showing an interest in Rowan’s life. Add to that the complication of involvement from “the Hammer”, witch hunters who’ve worked behind the scenes throughout history to ensure that true magic isn’t put to evil uses.

This is one of those books that really shouldn’t need the attention of a relatively small comicbook review blog like thePullbox. It’s put out by a major publisher, and it’s written by a best-selling author. It isn’t like Greg Rucka doesn’t have a built in fanbase, a bunch of readers who would pick up pretty much anything with his name on it. For the matter, Image can surely afford their own press for their titles, with no need of my humble help in getting the word out.

But screw all that. I love this title, and dammit, I wanna talk about it.

Rowan Black should have taken up juggling. She has the whole homicide police detective thing going, she has close friends to keep tabs on, and she’s a practicing witch. I didn’t say Wiccan, although she is that… I said “witch”, as in laying down wards and casting spells. Now don’t go off in the other direction on me. If you were to pick up this title (which I would recommend highly), you would not be seeing fireballs and Quidditch matches. What you would see is a piece of work, excellently drawn by Nicola Scott in a black/white/gray palette that works very well with the story.

Hang on, buddy, what’re you trying to pull? It’s all black and white, but you listed “Chiara Arena” as a colorist….. And what the hell is a “color assist”?

Glad you asked, because that’s one of the very cool creative twists they use on this book. The entire book is, in fact, done without color, with the exception of anything involving magic. Whenever Rowan, or anyone else for that matter, is casting a spell, color is used to very good affect. Wards glow in the shape of glyph used to set them. Spells leave a swath of sweeping colors in their wake. Creatures or spirits of an origin other than earthly see the world through flashing, color filled eyes. All of this highlights the presence of real magic, and it isn’t done in any way so vulgar or crass as something Michael Bay might come up with. It’s subtle, it comes across as very natural, and it’s pretty.

By the proud admission of everyone involved in the creation of this book, Black Magick is most definitely a team effort. The details behind the magic used in the series are painstakingly vetted, a process that pays off huge dividends. As previously stated, there’s nothing huge or explodey going on… okay, that one guy was lit on fire, but he was holding a lighter and standing in gasoline… no gaudy displays. The spells used are true spells that might be used by anyone practicing the Wiccan faith, just maybe not to such effective results.

Altogether, this attention to detail is a creative decision that makes Black Magick such an effective story. With the artistic touches that grace the page alongside words by Greg Rucka, Image has brought the readers a story completely bereft of superheroes that suffers not a whit because of it. 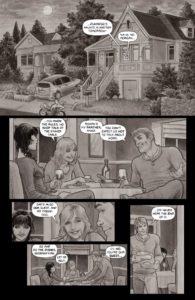 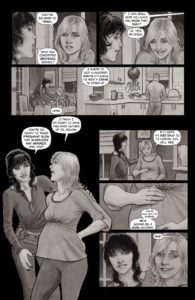 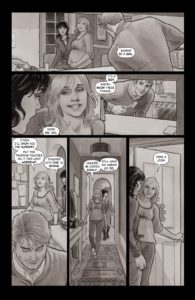 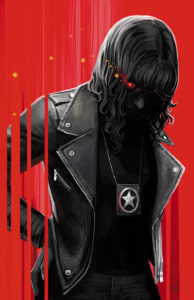