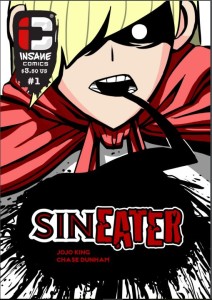 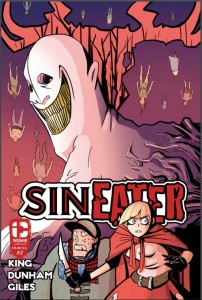 Do you think your job is bad? Cassandra has the worst job ever. She’s a Sin-Eater. She calls demons out of people and then pulls them into herself. It makes her sick, but that’s the service she provides for the walled city that she lives in. High Priest Jacob has declared that all evil within the city should be purged, so there’s always a demon that needs a Sin-Eater to take it out. Cassandra’s parents are no longer in the picture, so as a Sin-Eater she has a bed at the city morgue and is under the direction of Corbin the Mortician. Here’s the thing, though: sometime, the evil has to come back out again.

Jojo King writes an immediately engaging story about the young woman with evil inside, and creates some really wonderful characters. Cassandra doesn’t let her life get her down, and she’s pretty scrappy when she needs to be. Her friend Nic the homeless man is a father-figure and a good friend when she needs him. None of the adversarial encounters seem to be manufactured; more that they highlight just how difficult Cassandra’s life is.

Chase Dunham has the joy of having to draw people at various stages of life, a walled city, and then some mystical beings and really athletic action to boot. He doesn’t have glorious colors to fall back on, yet you can feel them like you do in a black and white movie.

They’ve left the walled city and gone into the great unknown world and you just want to join the adventure. 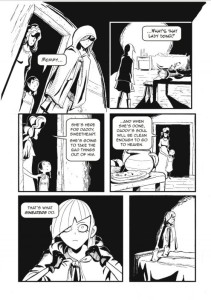 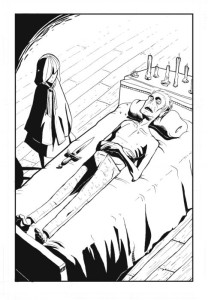 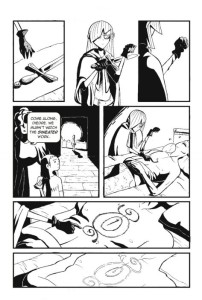 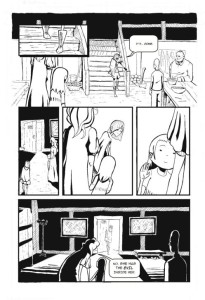