“The reaction from Valiant’s legion of fans around the world to our partnership with Diamond Select Toys has been absolutely ecstatic,” said Russell A. Brown, Valiant’s President of Consumer Products, Promotions & Ad Sales. “Ever since the first set of Valiant Minimates hit shelves in 2015, we’ve received a near-constant stream of demands for more. Now, at long last, we’re proud to debut the brand-new Ninjak/Shadowman Minimates Two-Pack, just in time for the New Year.”

“The Valiant Universe is full of great characters, not to mention great costume designs,” said Diamond Select Toys President Chuck Terceira. “We’re excited to be able to interpret these characters and costumes in the Minimates format, and we look forward to expanding on our Valiant offerings in our new Comic Book Heroes line.”

Years ago, inexperienced MI-6 recruit Colin King set out on his first field mission, learning the basics of spycraft and developing a volatile relationship with his first handler…to tragic results. Now, Colin King is Ninjak – the world’s foremost intelligence operative, weapons expert, and master assassin. And he’s hunting the Shadow Seven – a secret cabal of shinobi masters with mysterious ties to his training and the first failed mission that changed everything…

There are a million dreams in the Big Easy. But now its worst nightmare is about to come true. As the forces of darkness prepare to claim New Orleans as their own, Jack Boniface must embrace the legacy he was born to uphold. As Shadowman, Jack is about to become the only thing that stands between his city and an army of unspeakable monstrosities from beyond the night. But is the mantle of Shadowman a blessing or a curse? And what is the true cost of his otherworldly power?

Most recently, Ninjak and Shadowman’s paths have converged for “OPERATION: DEADSIDE” – a brand-new storyline beginning in NINJAK #10 by New York Times best-selling writer Matt Kindt and superstar artist Doug Braithwaite. Featuring the long-awaited first showdown between Colin King and Jack Boniface as they wage war in the mysterious paranormal realm called Deadside, now fans everywhere can recreate the “OPERATION: DEADSIDE” action that brought these two titans of the Valiant Universe together with the Ninjak/Shadowman Minimates Two-Pack –featuring a removable mask, mask-less hairpiece, and dual swords for Ninjak, and an unmasked head and short and long staffs for Shadowman!

Minimates, owned by Diamond Select Toys and Collectibles, are two inches tall, with 14 points of articulation, and feature multiple interchangeable parts and accessories. They were first released in 2002, and have grown into the largest and most diverse line of block figures in the world. 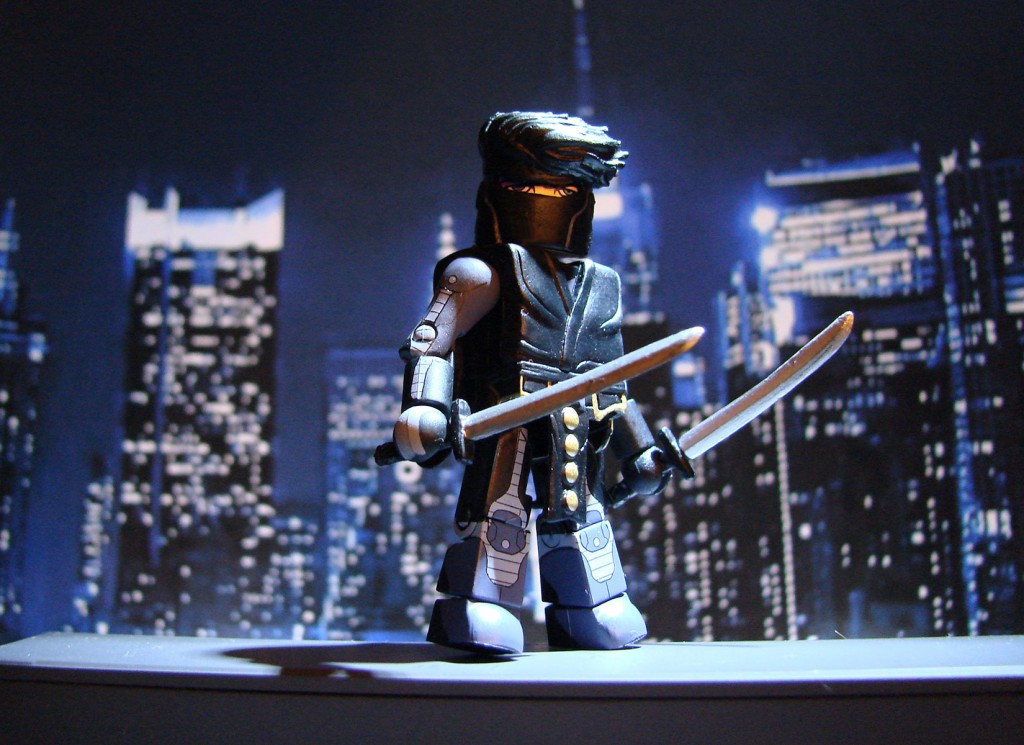 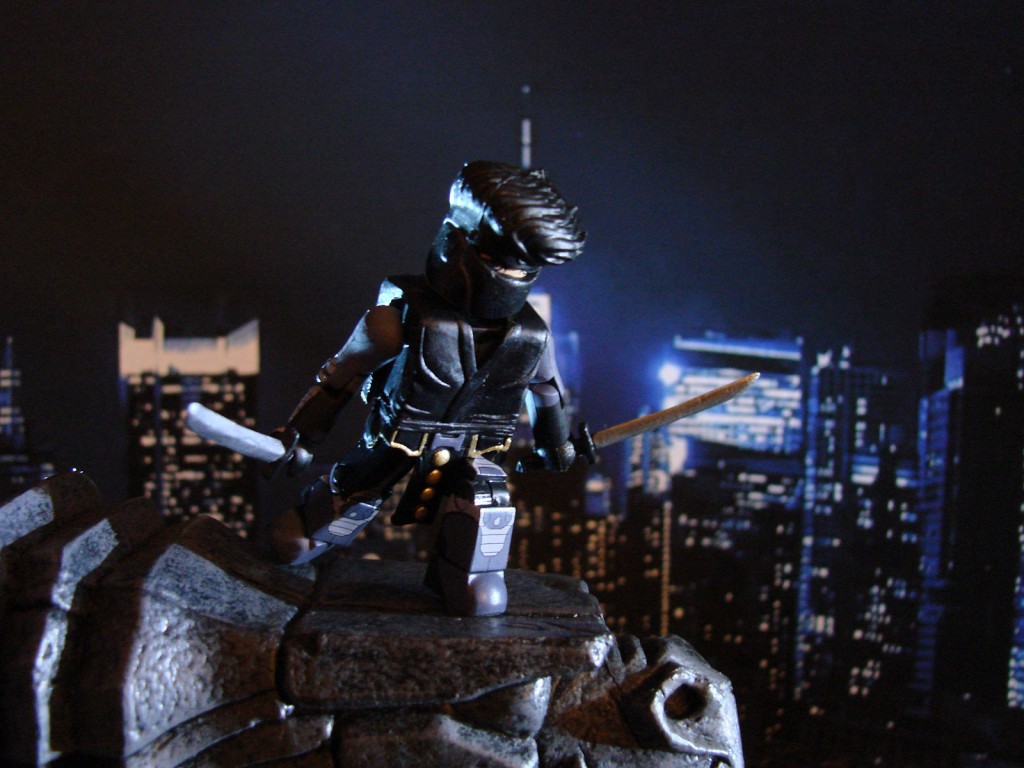 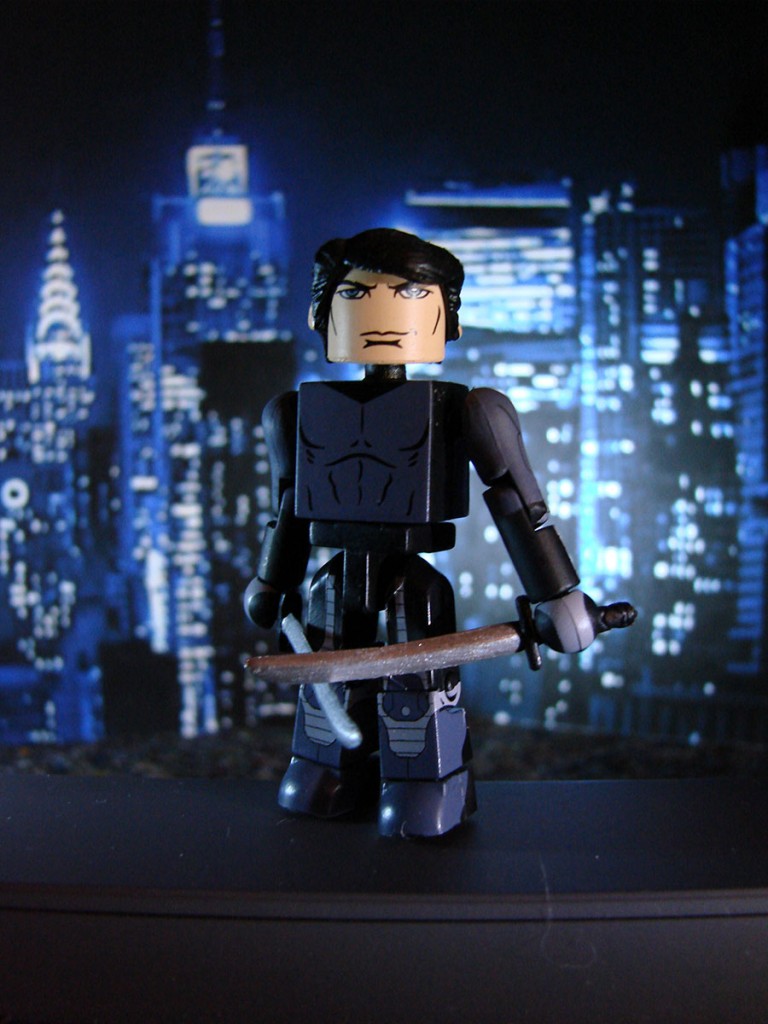 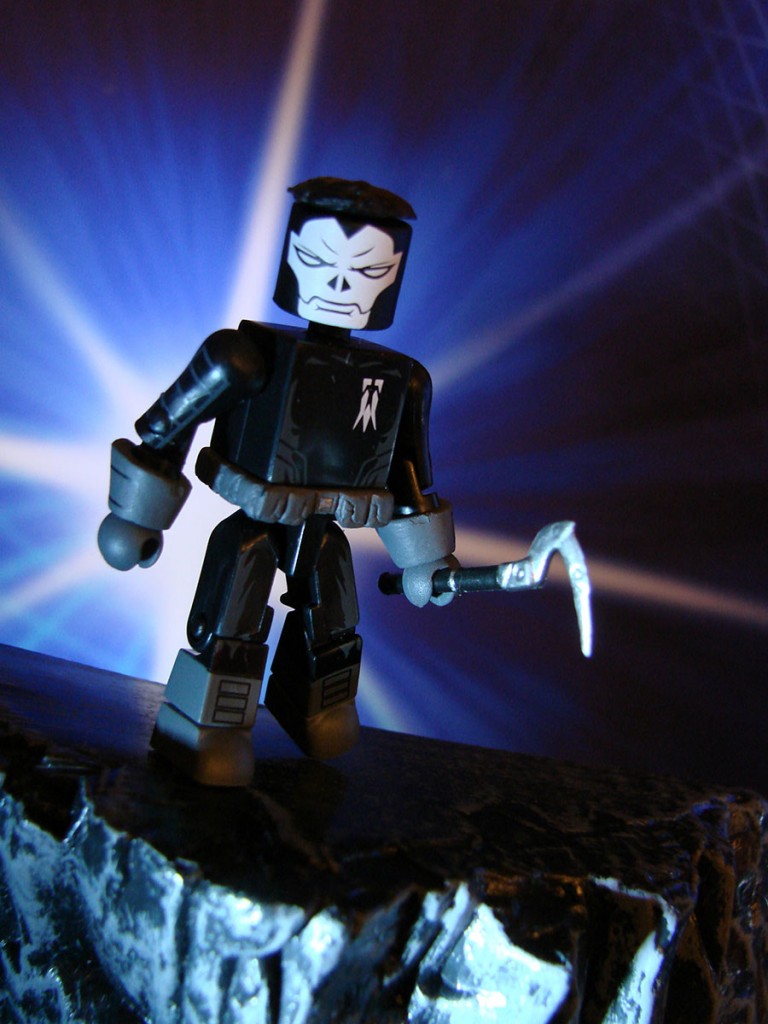 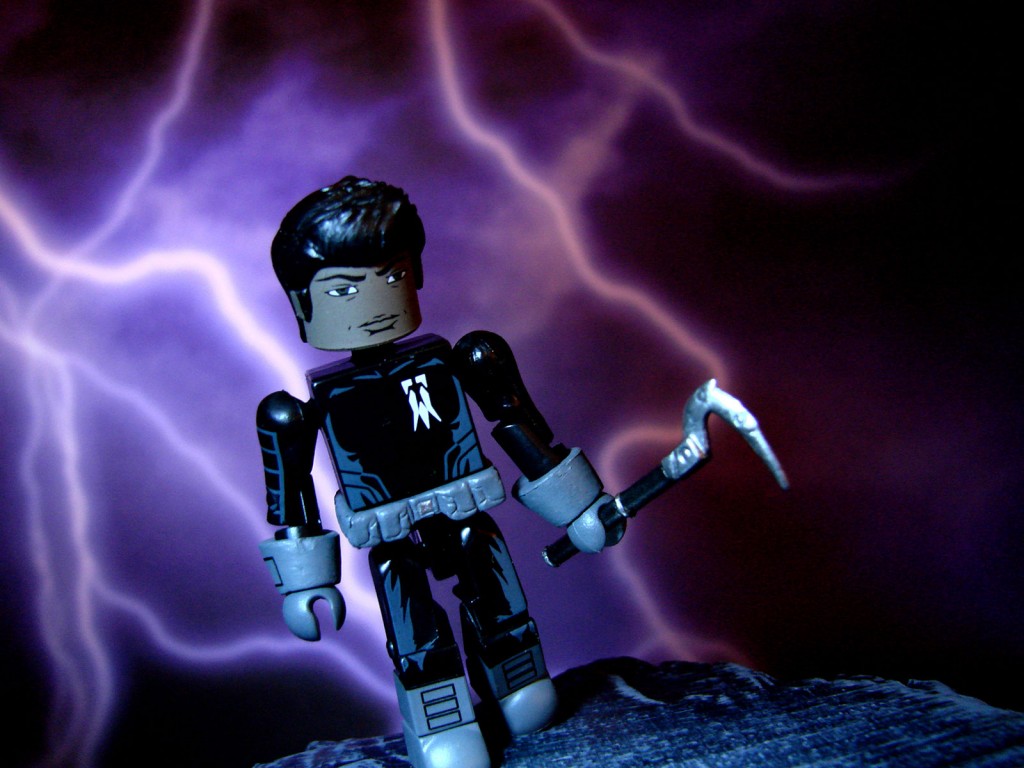 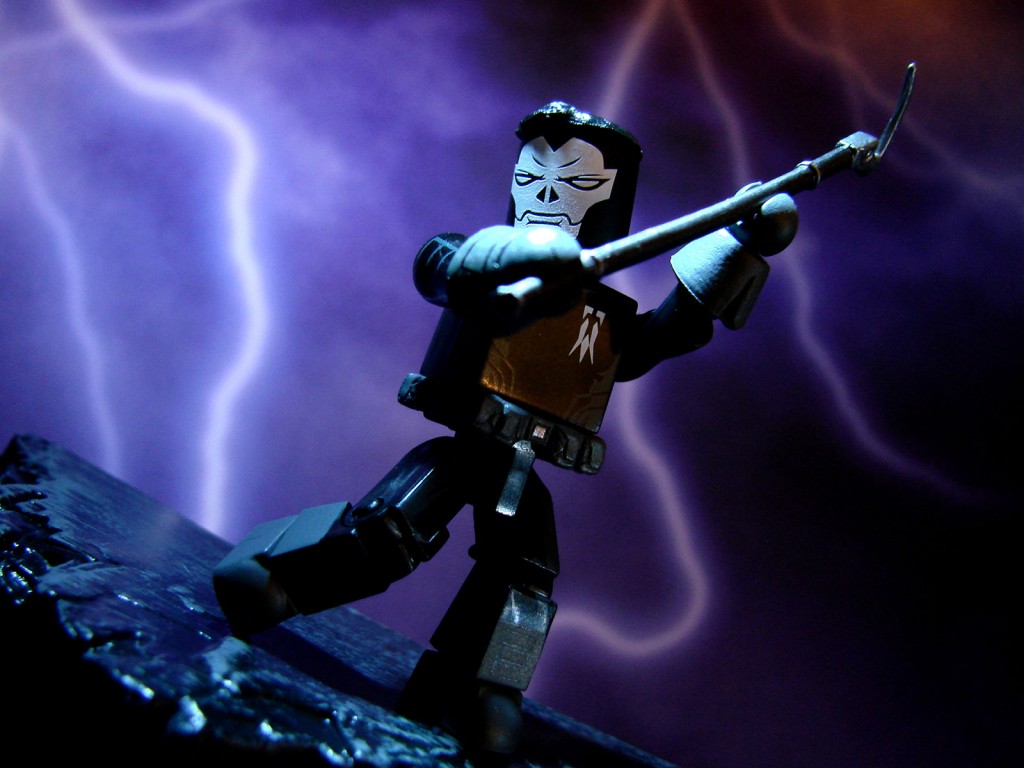 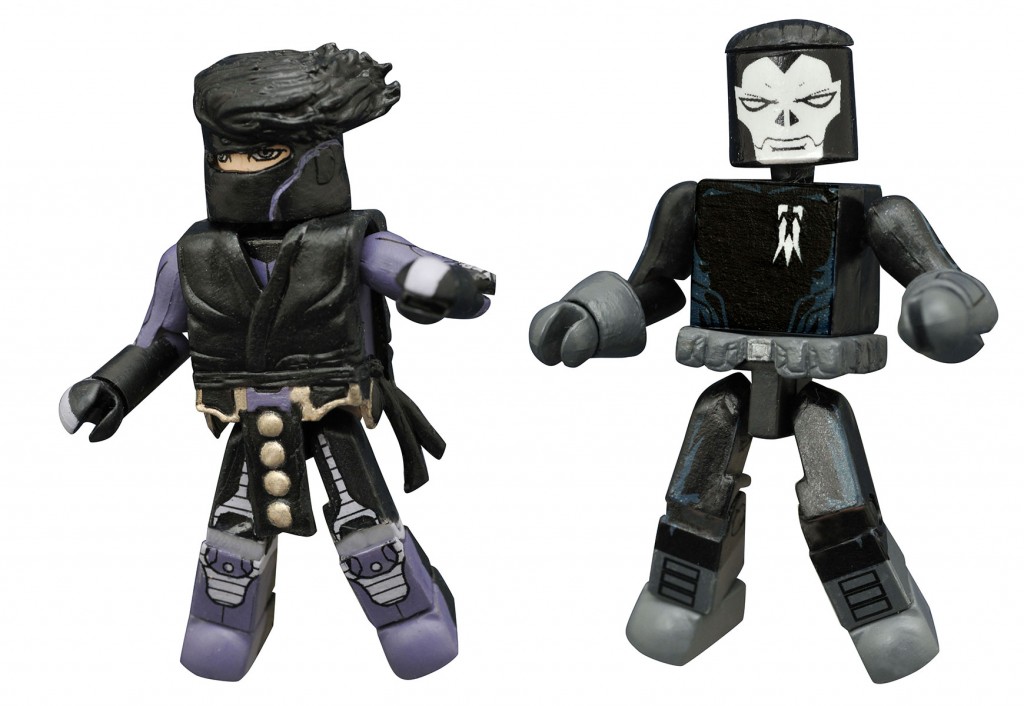 ###
About Valiant Entertainment:
Valiant Entertainment is a leading character-based entertainment company that owns the largest independent superhero universe in comics. With more than 81 million issues sold and a library of over 2,000 characters, including X-O Manowar, Bloodshot, Harbinger, Shadowman, Archer & Armstrong, and many more, Valiant is one of the most successful publishers in the history of the comic book medium. Today, the company’s characters continue to be forged in publishing, licensing, film, video games, and beyond. Valiant consistently produces some of the most critically acclaimed comics in the industry and has received numerous industry awards and accolades, including a Diamond Gem Award for Comic Book Publisher of the Year. In 2015, Valiant announced a multi-picture deal to bring Bloodshot and Harbinger to the big screen as feature films. Visit Valiant online at ValiantUniverse.com.About Diamond Select Toys:
Diamond Select Toys and Collectibles, LLC, was founded in 1999 by sister company Diamond Comic Distributors, Inc. Created to design unique and exciting collectibles for children and adults alike, the company has licensed a wide variety of pop culture properties to be turned into merchandise. With partners such as Marvel Enterprises, Universal Studios, Twentieth Century Fox, Warner Bros., Nickelodeon and Sony Pictures, Diamond Select Toys and Collectibles produces a diverse range of products, and is headquartered in Hunt Valley, MD. For more information, visit www.diamondselecttoys.com and www.minimates.com.
Please follow and like us: