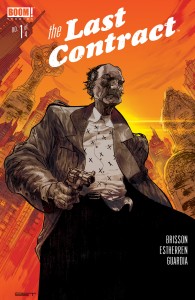 A retired hitman, known only as “The Man,” is forced back into the game when a list of his kills is leaked by a mysterious blackmailer. The list makes targets out of anyone associated with one of the The Man’s previous jobs, not to mention The Man himself. As he fights to protect those the list exposes, The Man sets off to uncover the identity of the blackmailer so he can move on with his new life once and for all, but will the truth ruin those chances forever?
———-

A sleepy little Canadian town, indistinguishable from most. Among the populace of Cumberland is a sleepy old man. He lives with an old Basset Hound named Harv who can’t be left home alone for long periods of time without leaving a mess on the floor. The old man looks like his better days are definitely behind him, and all he wants is to coast it out the rest of his days in peace and quiet.

Unfortunately, when you’re a retired hitman, the quiet life isn’t always on the table. This is especially the case when a man named Fred Jakes kills himself and his record books find their way into the hands of certain unsavory folk. Jakes was a middle man with a list of names that matches bodies to the people who paid to have them killed, and said list includes the name of an elderly crime boss named Burrell. Burrell isn’t interested in having his dirty laundry aired out, and to prevent that he’s tasked his sons with the elimination of anyone and everyone who could possibly be tied to him in his criminal dealings.

And so it goes. Two men show up at the home of one retired killer for hire expecting to find an easy payday. After all, their mark has been out of the business for twenty years, and he looks like his biggest challenge would be remembering to wear socks. No problem…

Of course that’s not how it goes… How lame would it be if a comic named “The Last Contract” ended like that? It’d be like three pages long. Oh no, this elderly gentleman might not be able to recall the name of someone he spoke to five minutes before, but he definitely remembers his business. The creative team of Brisson and Estherren seem determined to take us on a violent ride through the Canadian underworld as their murderous octogenarian carves his way up the food chain.

If this tired retiree can’t get a good night’s sleep, no one will. 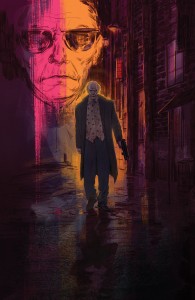 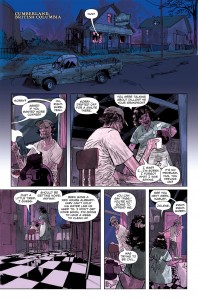 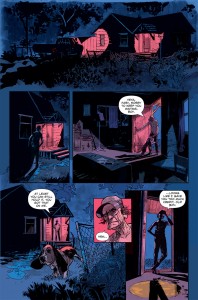 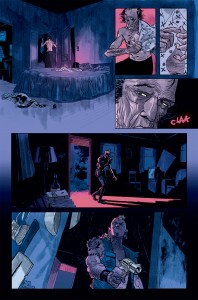 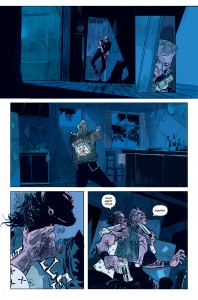 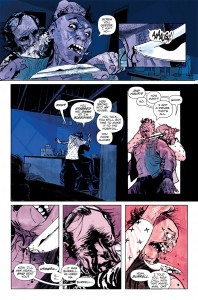