We are heating up for the upcoming Phase Two books… But in the meanwhile, enjoy our new Rogues! trade paperback.

In the mythical city of Gerada, Pearl of the South and Cradle of Humanity, Bram and the thief known as the Weasel, try to survive and deal with the multiple dangers and adventures that, literally, hang over them.

Behold the most epic battle in the story of epic battles known to men, women and fantastic creatures! DRAGONS! KRAKENS! DRAUGRS! Uhhh… LOTS OF COOL WORDS IN CAPS!

This volume contains issues 1 to 5 of ROGUES!: THE COLD SHIP Published in the United States by AMIGO COMICS, this fun and adventurous series have been described as a book that “put the 80s fantasy/sword and sorcery feel in today’s storytelling.” 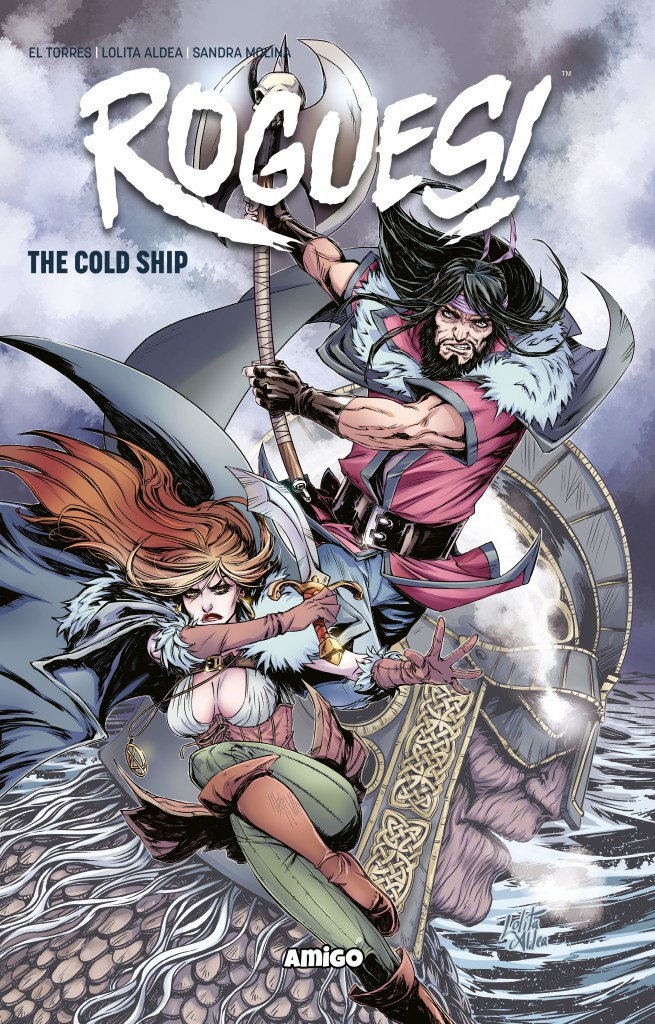 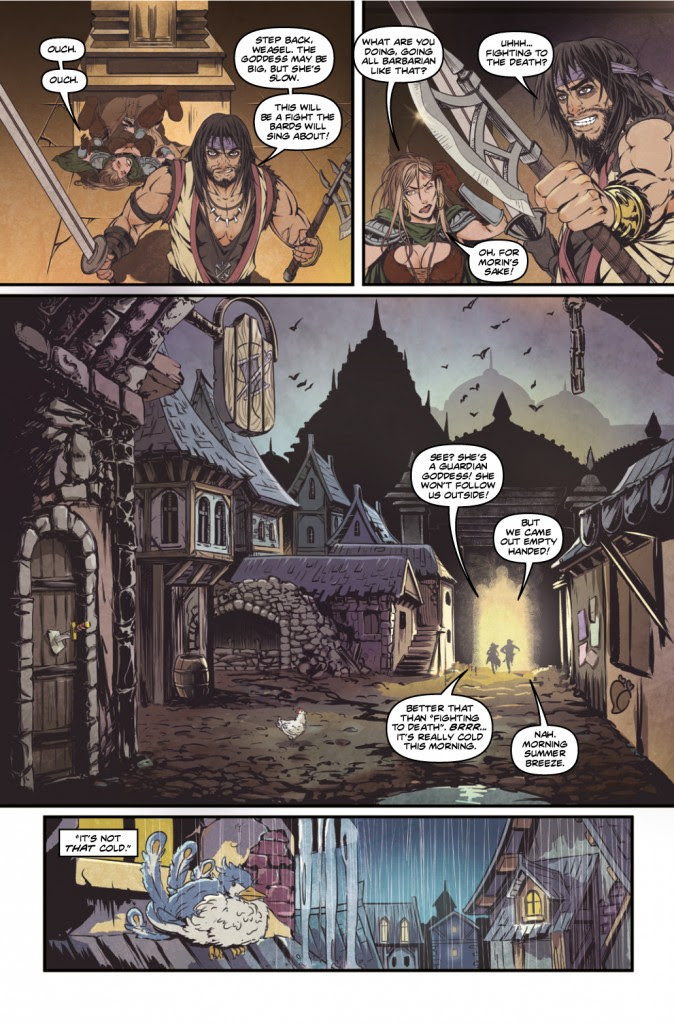 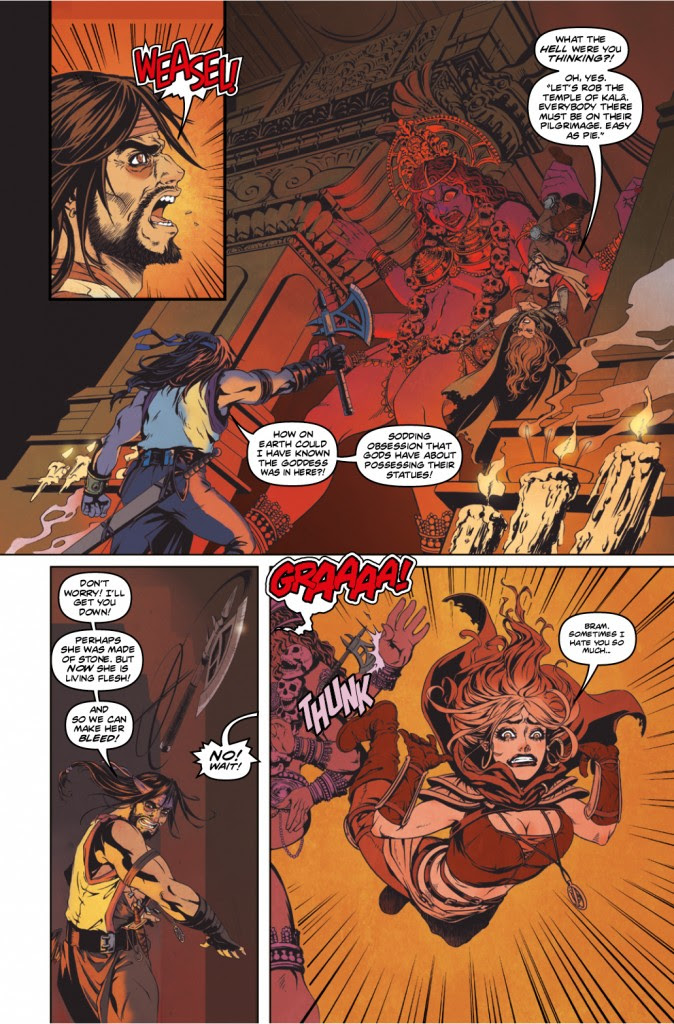 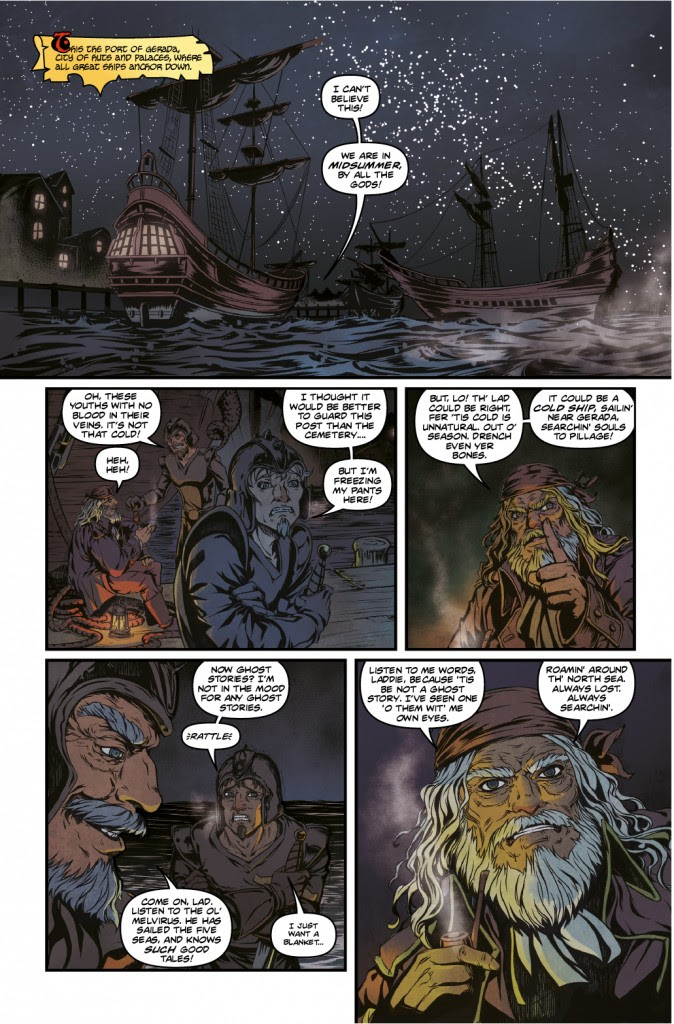 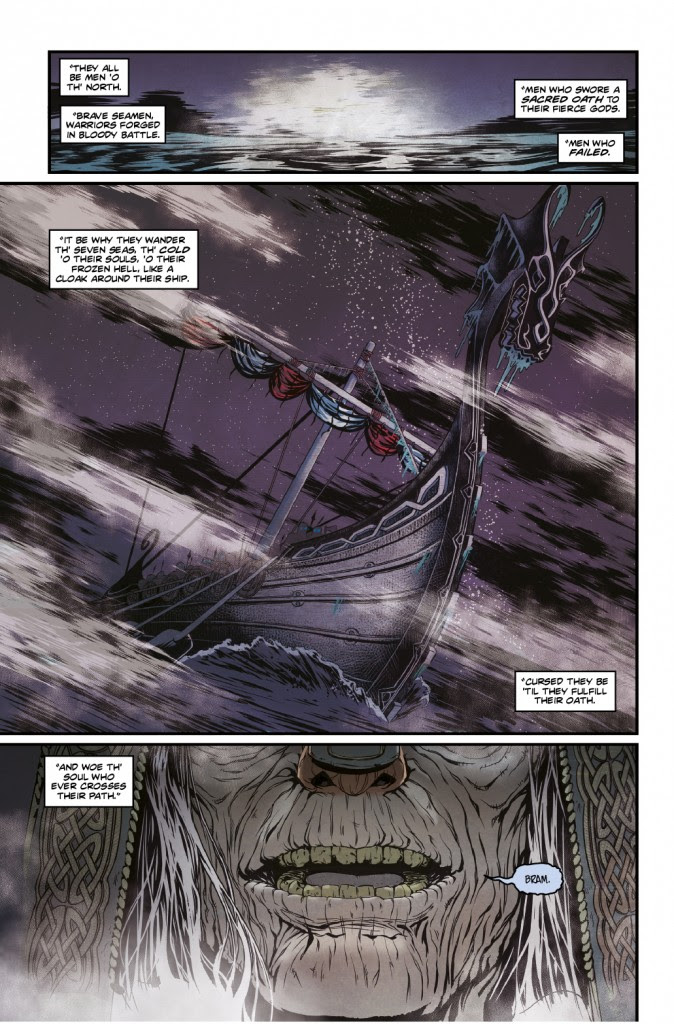 The words by El Torres and the spectacular art of Lolita Aldea illustrates a new adventure of Bram and Weasel, the two outlaws of Gelada, the mighty city. This time, their friendship will be put to the test when a ship full of undead takes Bram to join them in a quest to kill the last dragon! 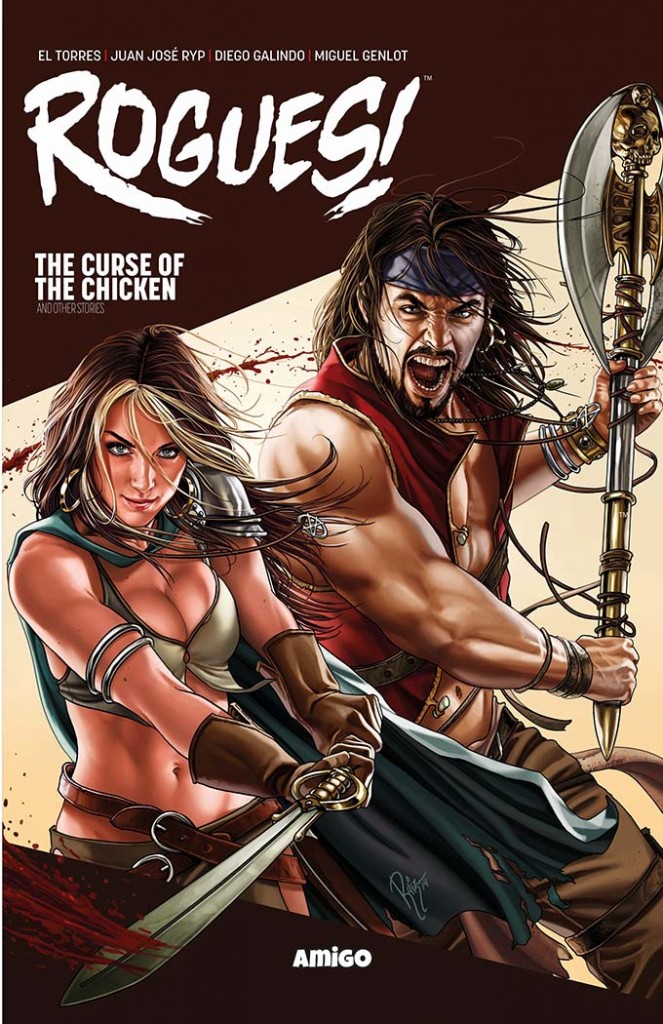 From the poultry-ish and terrible consequences derived from the kidnapping of a wizard’s daughter, to the incursions into cursed and forgotten cemeteries to summon a lich, as well as being chased by bounty hunters and Black Guards, or being thrown into a prison for women, joining the Brotherhood of Thieves, and even guiding some assassins through the underground tunnels of the city in a shady mission, always wielding a sword… Being a rogue isn’t an easy job!

This volume contains issues 1 to 6 of ROGUES! Published in the United States by AMIGO COMICS, which meant the return of the first characters ever created by EL TORRES and RYP, and which received acclaim both from readers and critics.