The legendary late artist Al Williamson’s Star Wars: The Empire Strikes Back stories are collected in the award-winning Artist’s Edition format this April. Included will be the complete adaptation, first published in issues #39 through #44 of the monthly Marvel Star Warscomic. In addition, pages from Star Wars #50, #98 and the Star Wars: Return of the Jedi mini series will also be presented.

“Al loved drawing Star Wars,” said Williamson’s wife, Cori Williamson. “It’s a science fiction swashbuckler, the kind of story that really appealed to his sensibilities. As a lover and collector of classic comic-book and comic strip art, I think he would have been thrilled to see his work presented in this format.”

Williamson began his storied career as one of the star 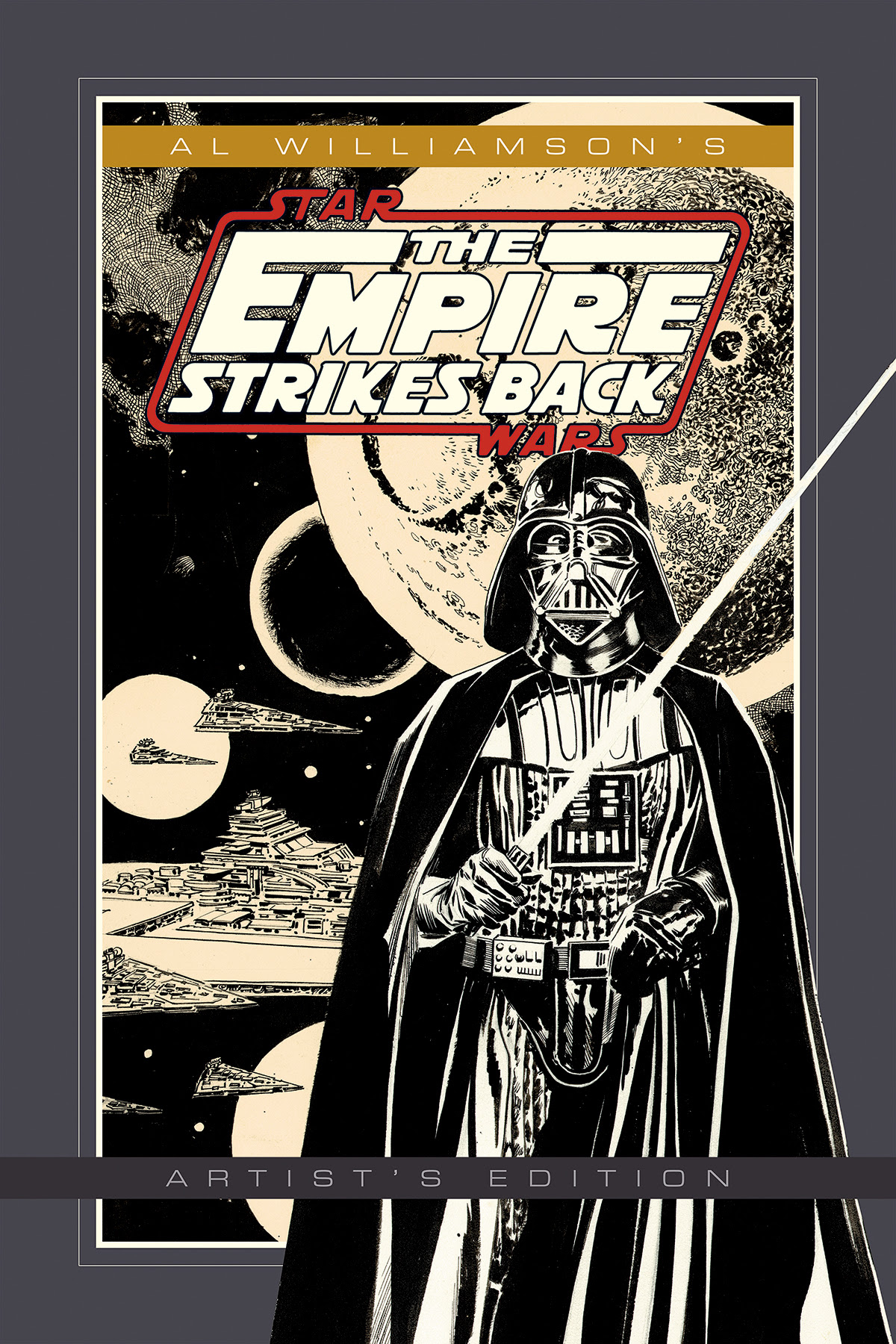 artists at EC Comics in the 1950s. In the 1960s Williamson drew the definitive comic-book version ofFlash Gordon, Alex Raymond’s classic comic strip creation. Other highlights of Williamson’s work include the X-9: Secret Agent Corrigan newspaper strip, as well as the Star Wars newspaper strip. He is an Eisner Award-winning artist and was inducted into the Will Eisner Comic-Book Hall of Fame in 2000.

“The collaboration between IDW and Marvel has produced some of the most exceptional collections of reprinted original comic book material ever to be offered,” says Marvel SVP Sales & Marketing DavidGabriel. “Al Williamson’s Star Wars: The Empire Strikes Back Artist’s Edition of the original Marvel Comics film adaptation is a brightly glowing star within the galaxy of immaculate Star Wars content.”

George Lucas commented after Williamson’s passing in 2010, “I was thrilled to be able to have Al depicting those early extended Star Wars adventures for the comic books and newspapers. In capturing the actors who portrayed the characters, he brought the feeling of the films to the page as few other artists have been able to do.”

This incredible Artist’s Edition will be a 160 page hardcover and measure a whopping 14”x21”. The Force is strong in this book, don’t you dare miss it!

About Marvel Entertainment
Marvel Entertainment, LLC, a wholly-owned subsidiary of The Walt Disney Company, is one of the world’s most prominent character-based entertainment companies, built on a proven library of more than 8,000 characters featured in a variety of media over seventy-five years. Marvel utilizes its character franchises in entertainment, licensing and publishing. For more information visit marvel.com. © 2015 MARVEL