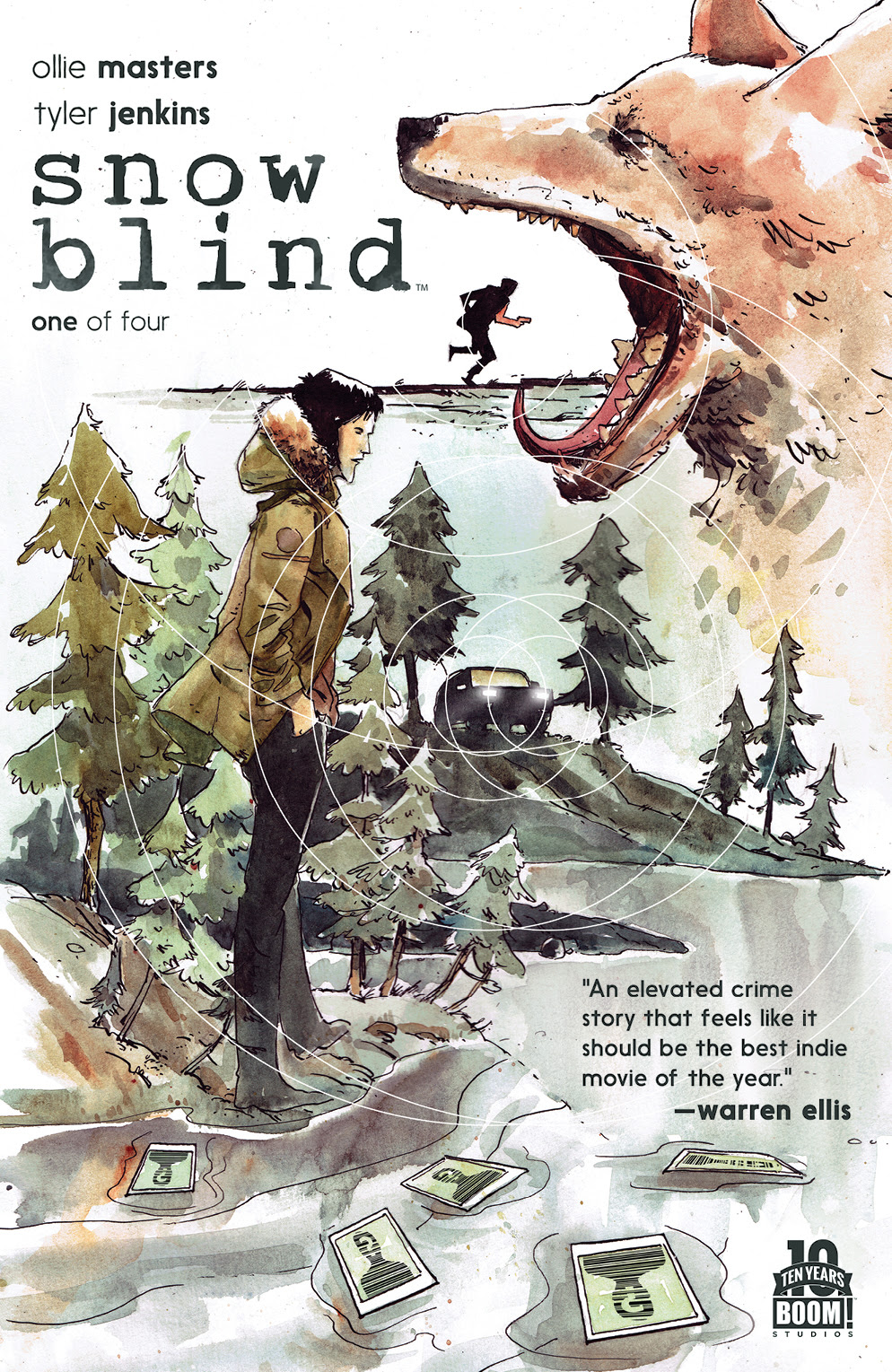 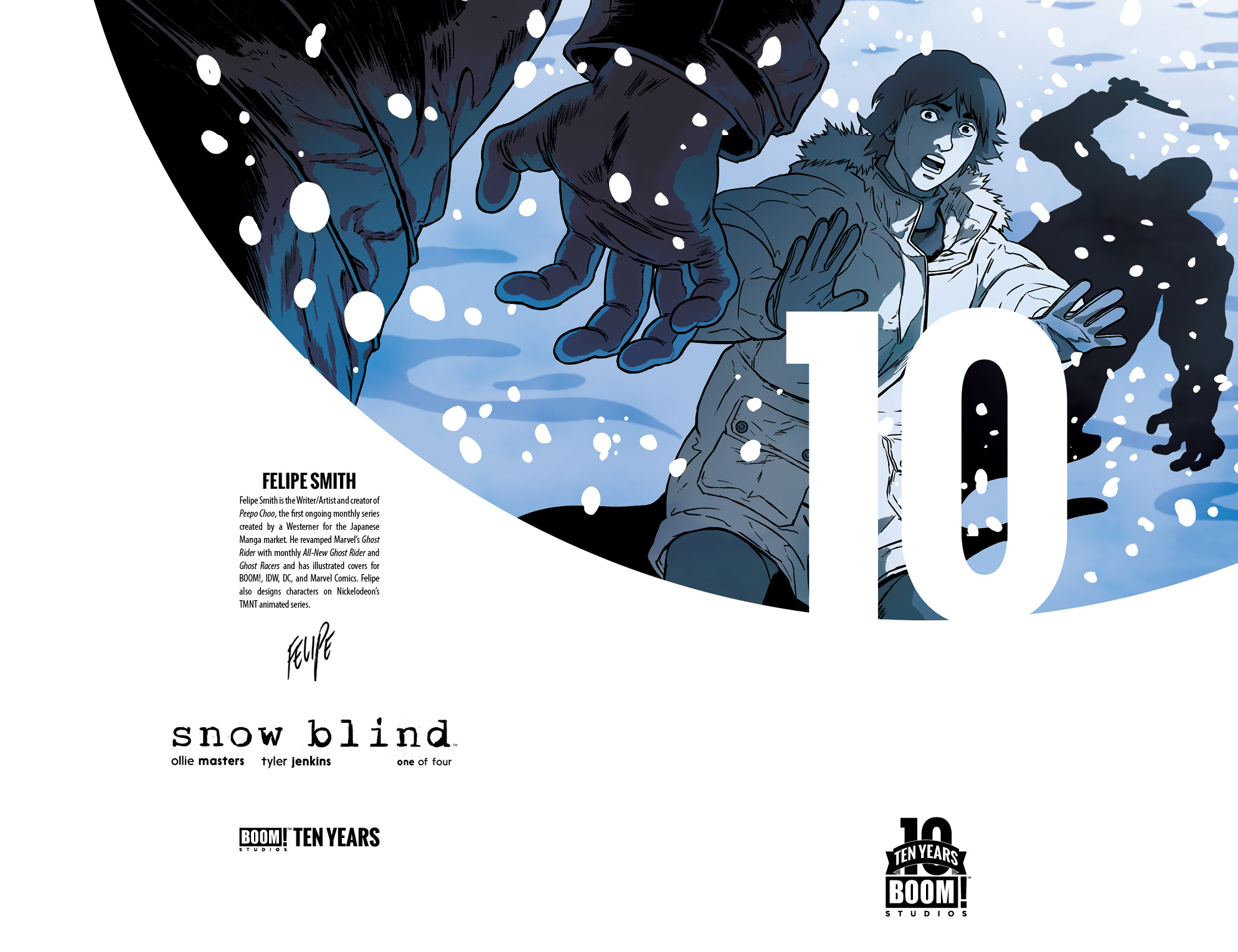 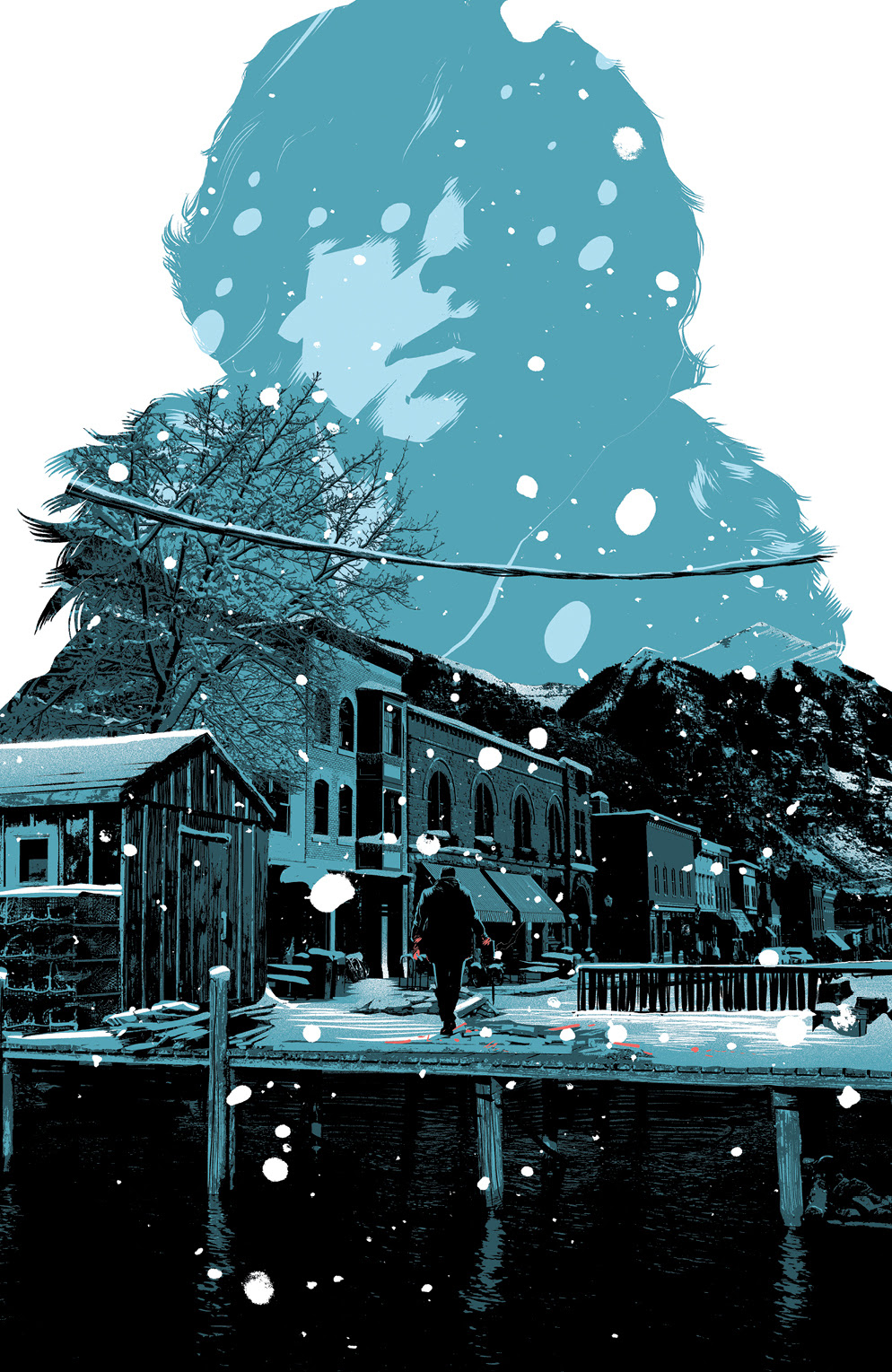 Family ties run deep, but sometimes family secrets run deeper still. In the tradition of unconventional crime thrillers like Criminal, Scalped, and 100 Bullets, acclaimed writer Ollie Masters (The Kitchen) and artist Tyler Jenkins (Peter Panzerfaust) don’t pull any punches in Snow Blind, a new original mini-series from award-winning publisher BOOM! Studios that Warren Ellis calls, “An elevated crime story that feels like it should be the best indie movie of the year.”

High school teen Teddy has never seen eye-to-eye with his dad, but he never suspected that he might not be the man he thought he was. His life in a sleepy Alaskan suburb turns upside-down when he innocently posts a photo of his dad online that quickly goes viral, only to learn he and his family are in the Witness Protection Program. But what if his dad’s reasons for going into the program aren’t as innocent as he says?

“How much do you really know about the pasts of your parents?” said BOOM! Studios Editor-in-Chief Matt Gagnon. “In Snow Blind, Ollie and Tyler have crafted a tense, intimate mystery that plays with that very question. This suspenseful narrative, paired with beautiful hand-painted watercolors, make for a thrilling Alaskan crime story that’s one of the most unique titles we’ll publish this year.”

Snow Blind #1 (of 4) arrives in comic shops on December 9th with a main cover by series artist Tyler Jenkins for the price of $3.99 under Diamond order code OCT151191. Also available in a limited quality is a 10 Years incentive cover by Felipe Smith (All-New Ghost Rider), and a retailer incentive cover by Matt Taylor (Wolf).

The Final Order Cutoff deadline for retailers is November 16th. Not sure where to find your nearest comic retailer? Use comicshoplocator.com or findacomicshop.com to find one!