In the wake of BOOK OF DEATH, Valiant’s heavy-hitting superteam is no more…and we’re bidding bon voyage to Unity with a 48-page free-for-all from a gigantic cast of comedy heavyweights!

Think Bloodshot only joined the team long enough to fight the Armor Hunters? WRONG! Discover his newly declassified Unity missions! You saw Faith help Unity fight their opposite counterparts, The United… Now find out how else she assisted the team! Remember that time Quantum and Woody’s goat joined the most elite assemblage of heroes that the Valiant Universe has ever known? No? Well, it happened! Want to know where Unity’s stashed the team’s personal vending machine? Uncover its secret location – and possibly a broom closet or two – as the cutaway map of GIN-GR the giant robot’s classified interior is finally revealed! 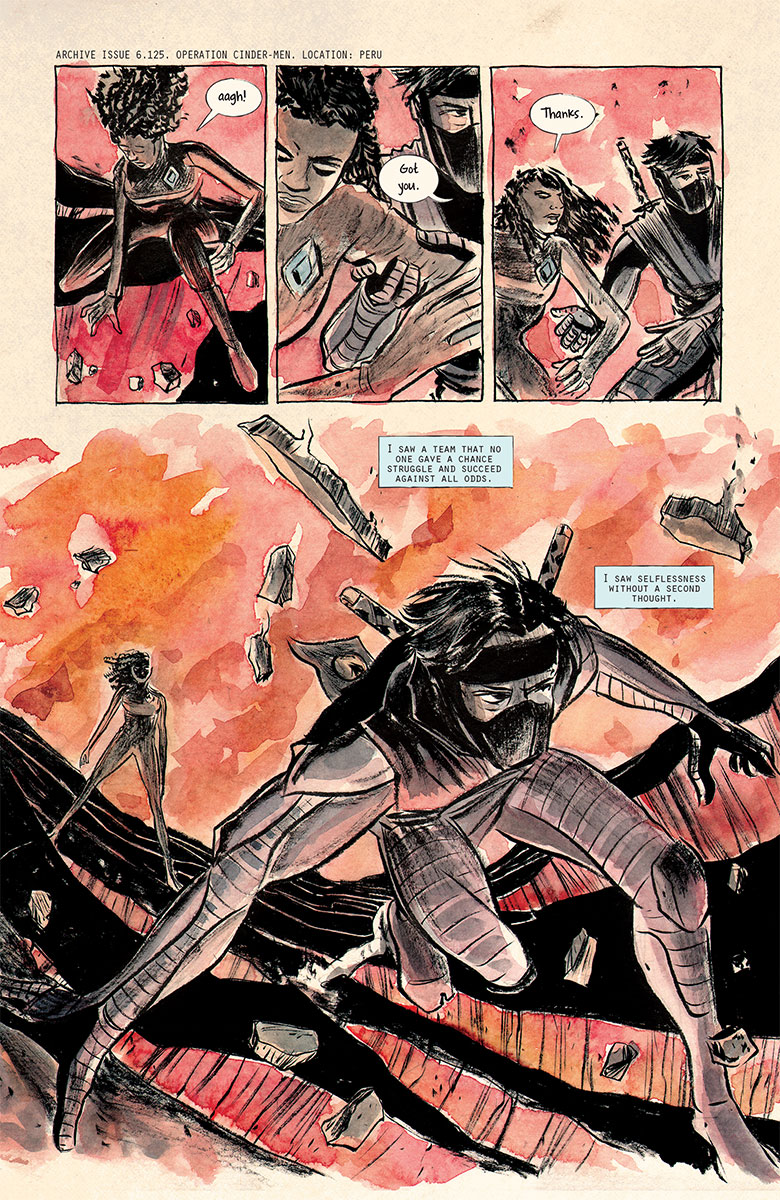 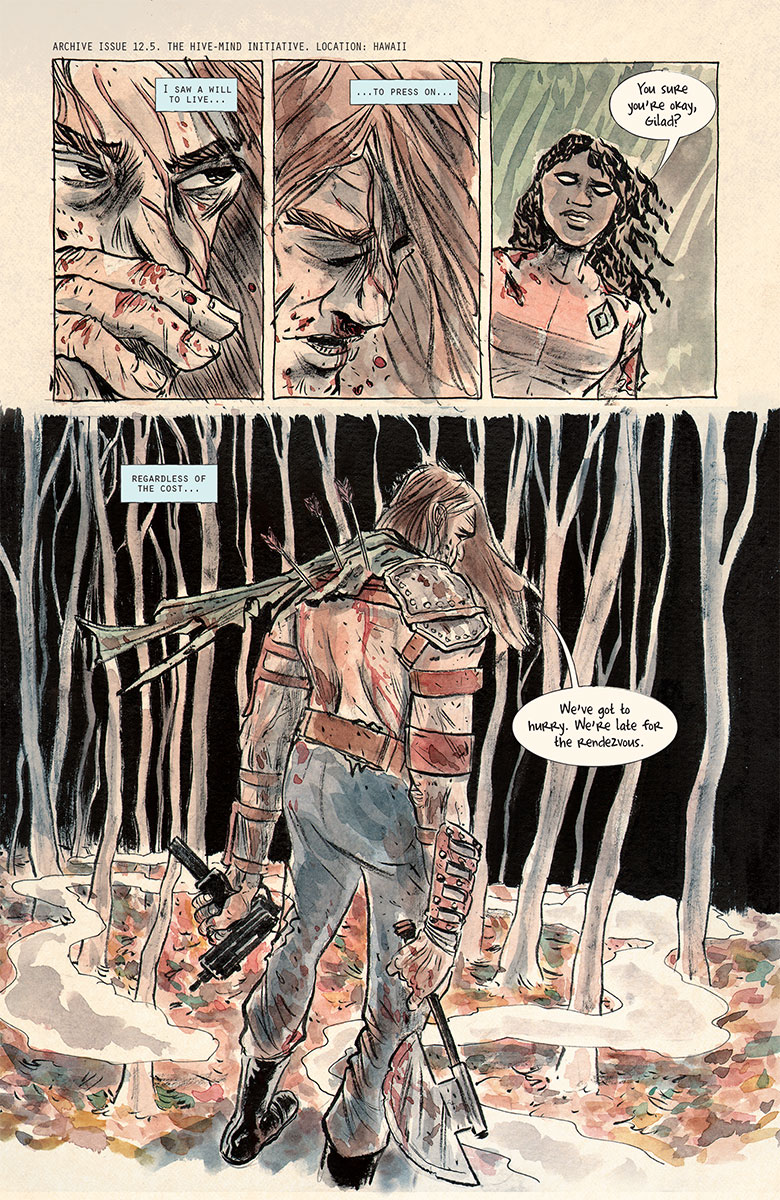 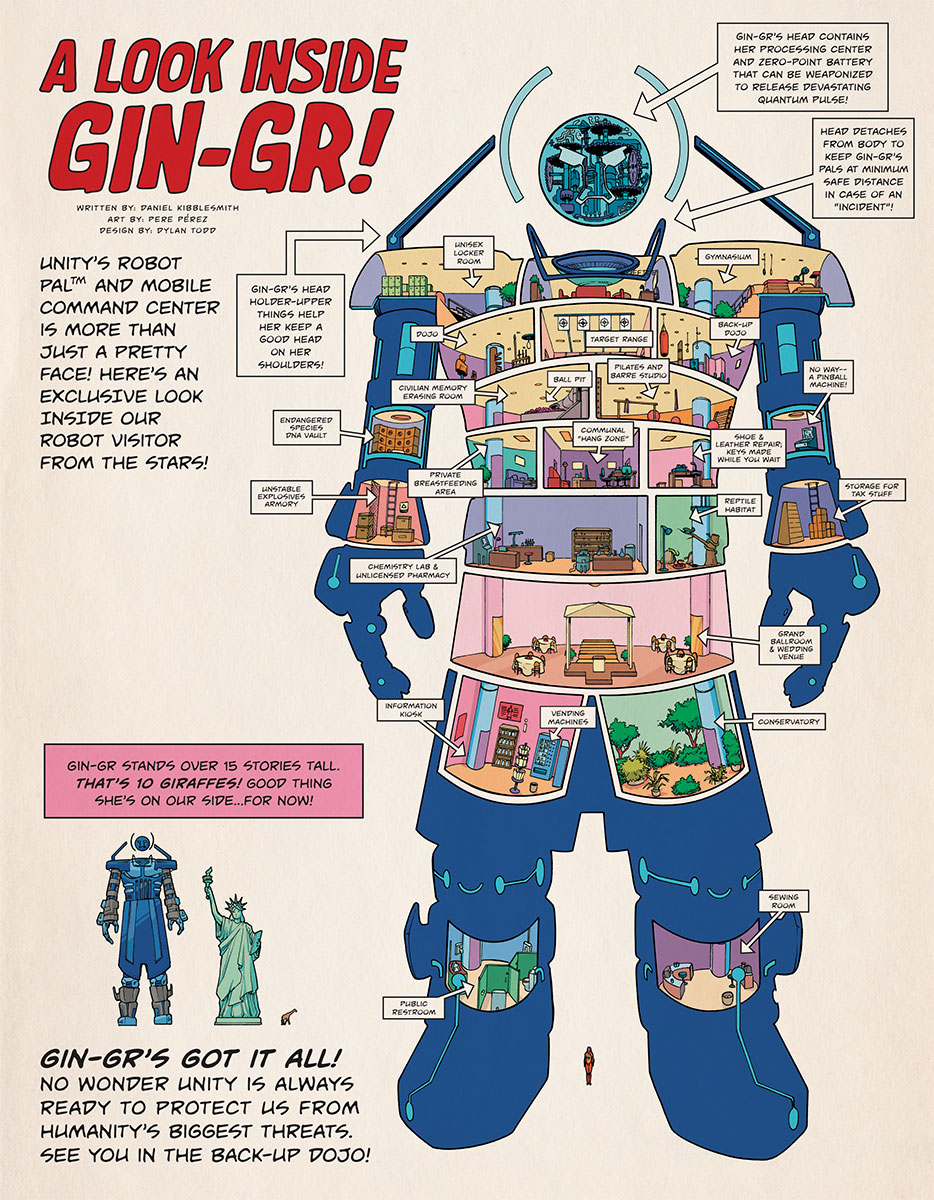 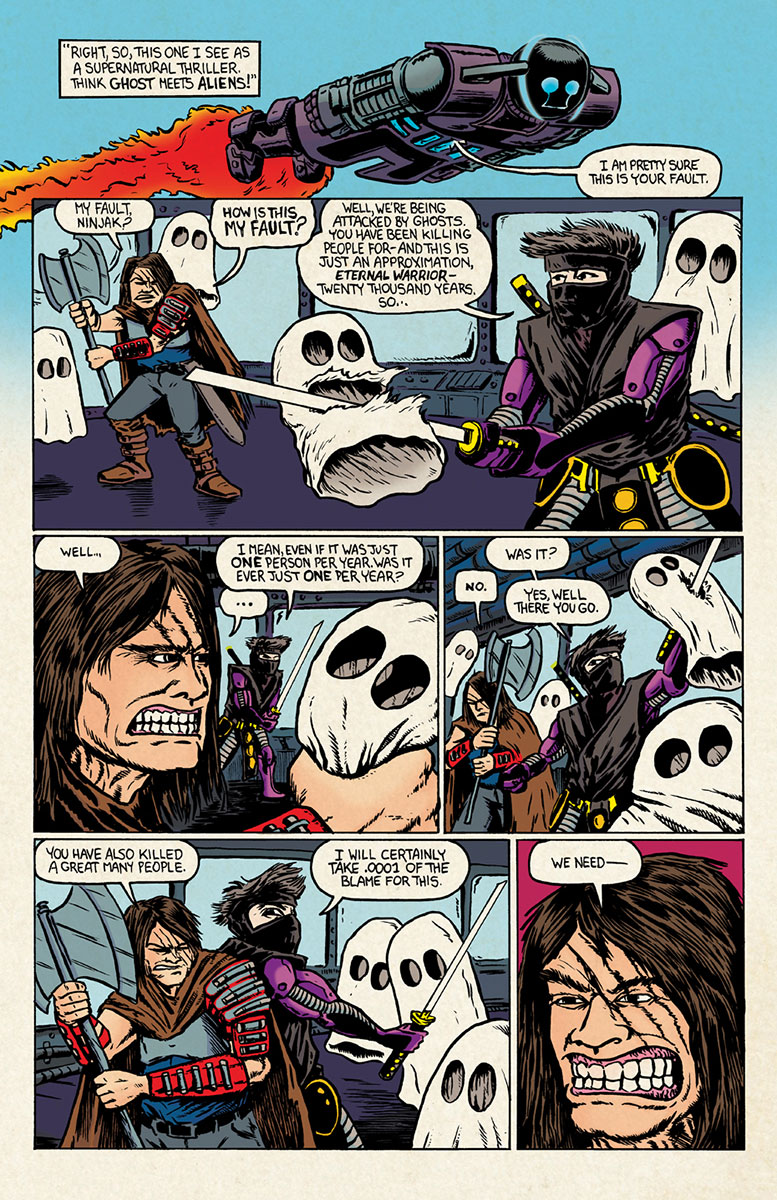 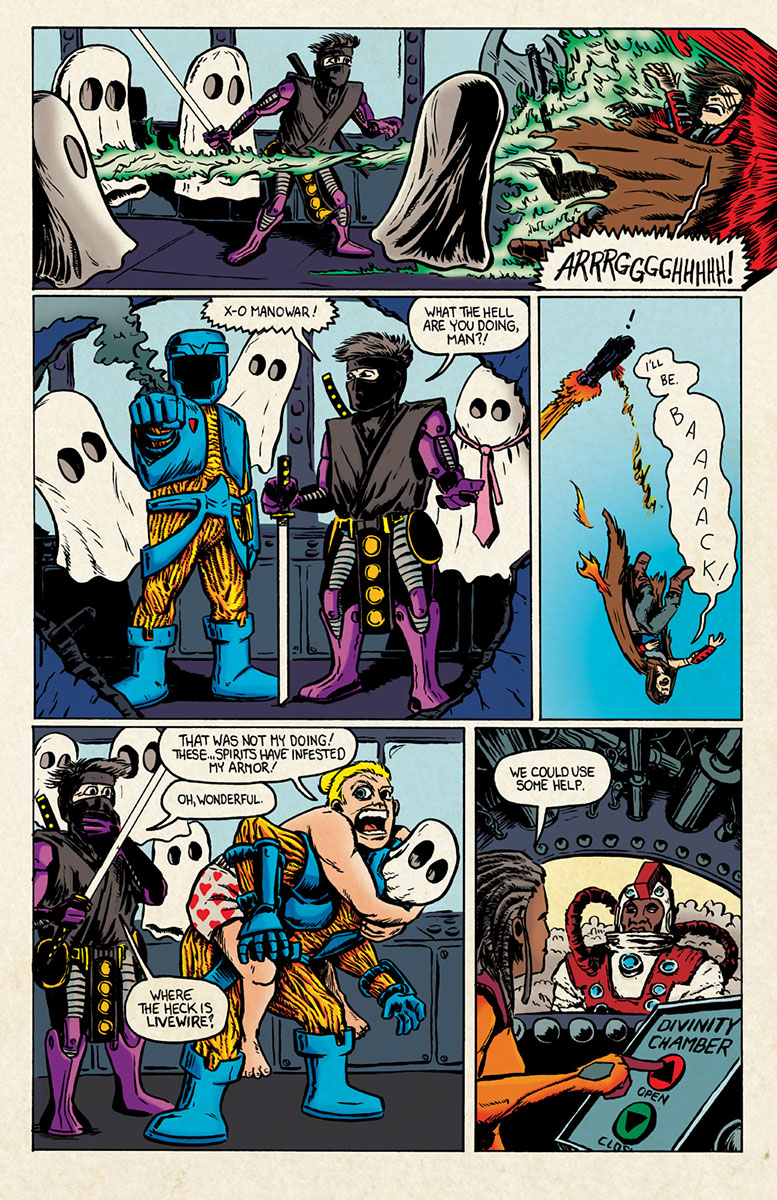 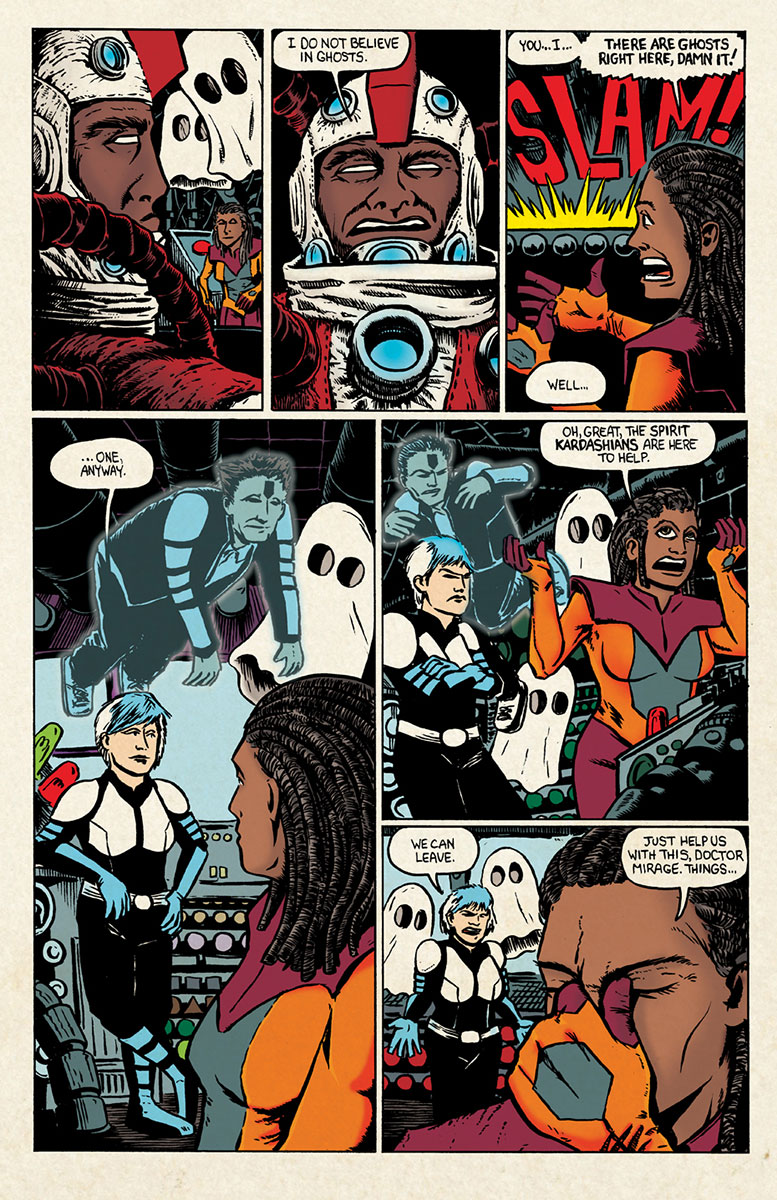 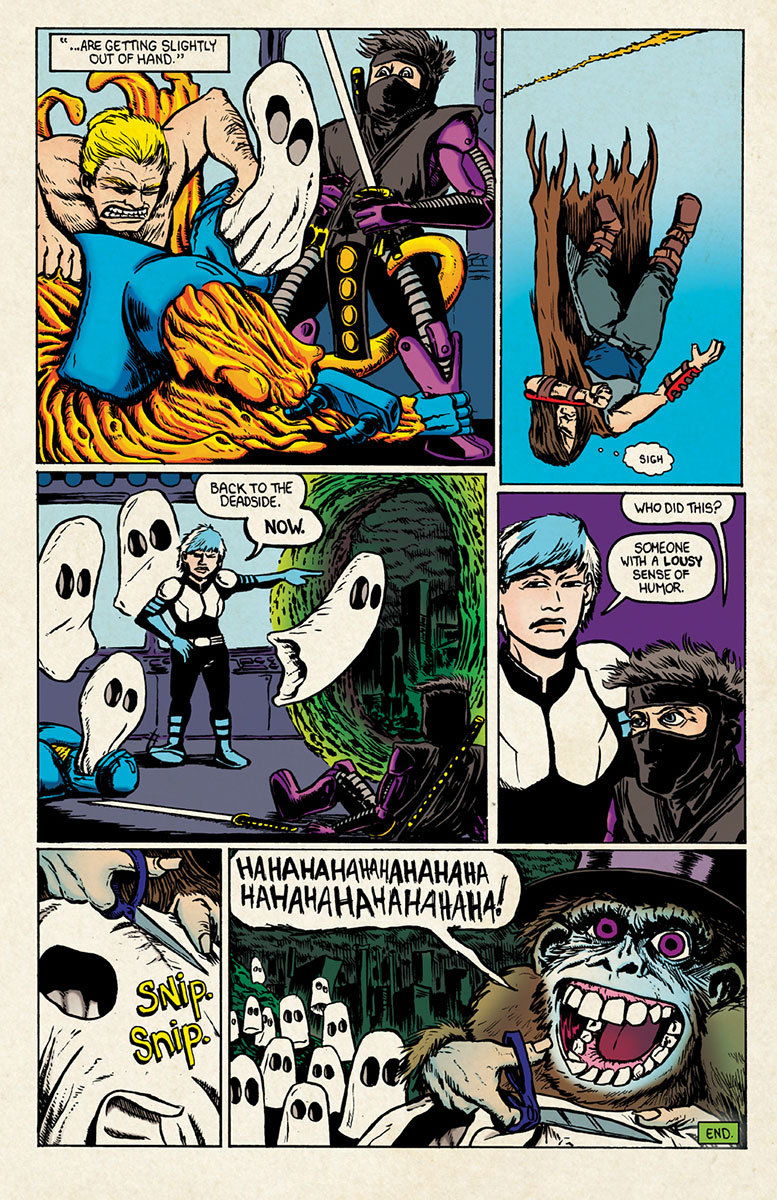 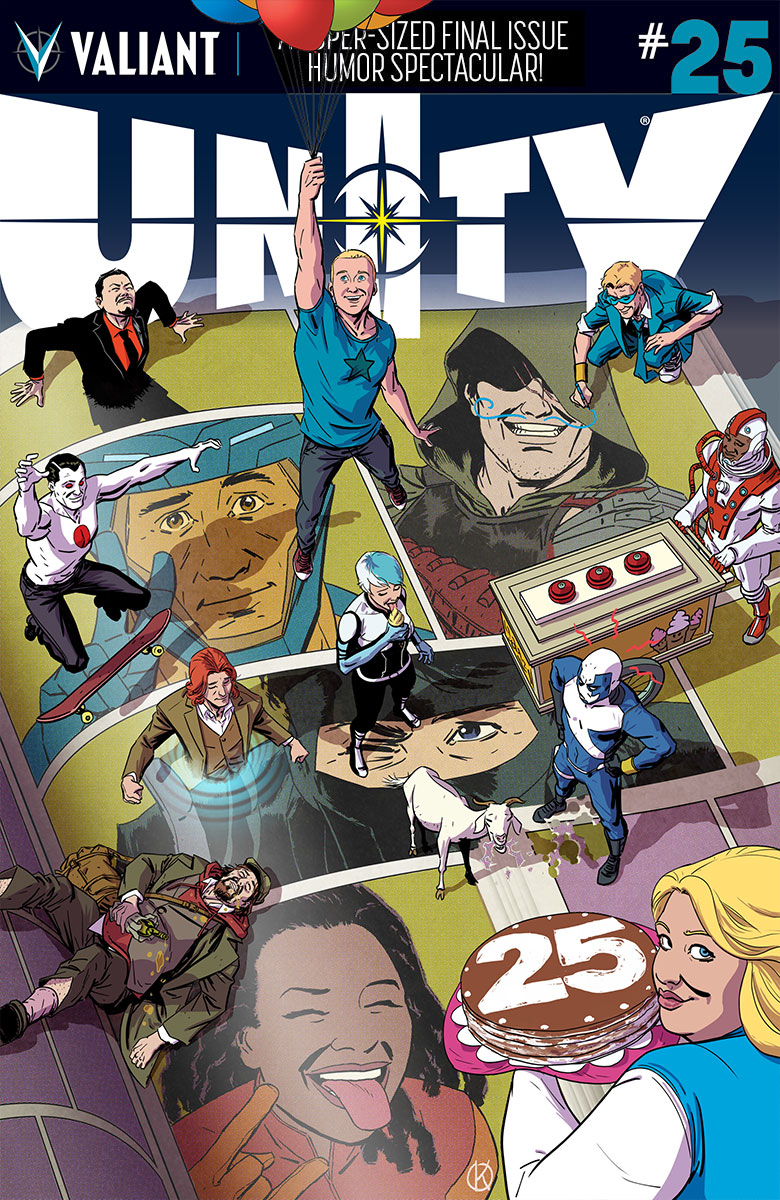 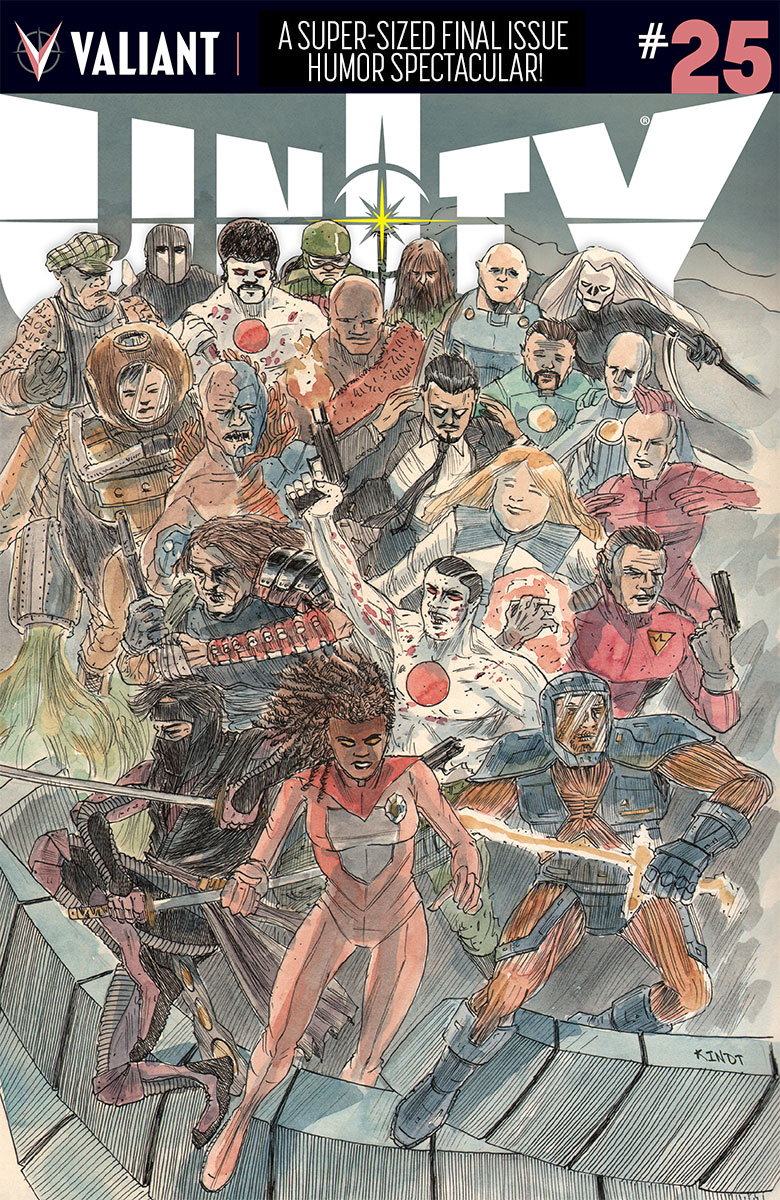 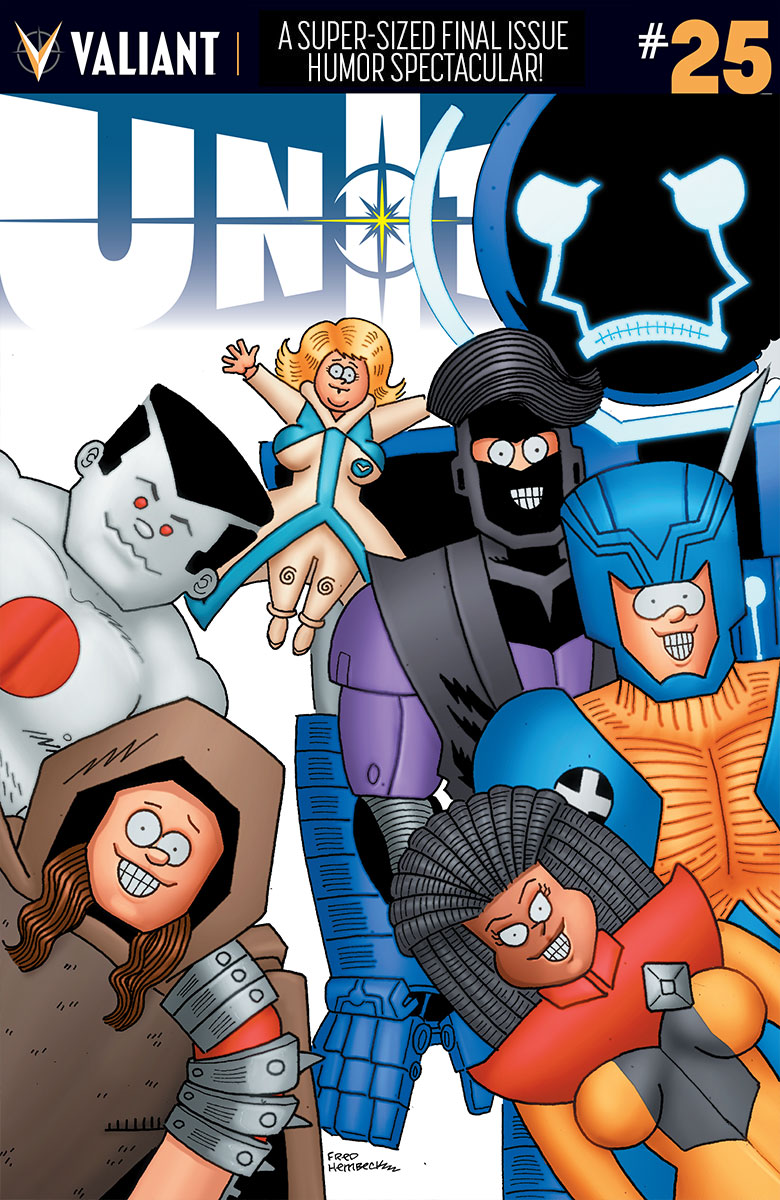 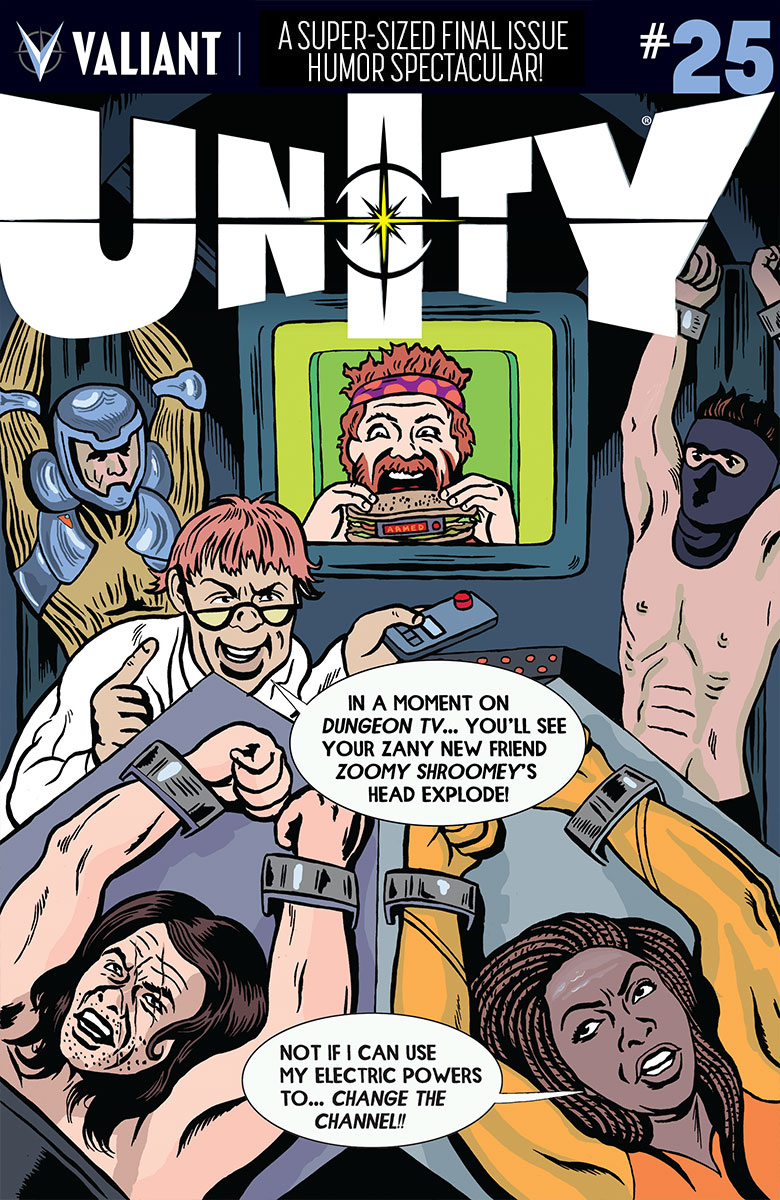