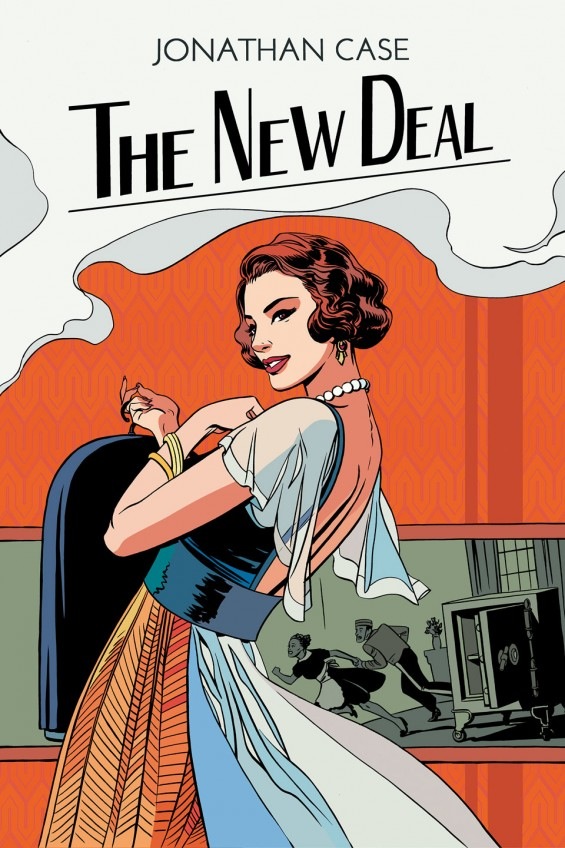 The Waldorf Astoria is the classiest hotel along the Manhattan skyline in 1930s New York City. When a charming woman checks in with a high-society entourage, a bellhop and a maid get caught up in a series of mysterious thefts. The stakes quickly grow perilous, and the pair must rely on each other to discover the truth while navigating delicate class politics

When the general public thinks of a comic book/graphic novel, they are usually thinking of superheroes. It’s not their fault, really. With some of the biggest movies of the past twenty years being based on Marvel Comics properties, or at the very least works of science fiction, it’s not hard to see how the average joe, sitting in his cubical with an astonished look on his face because a teammate/drinking buddy from his bar league softball team just told him that The Walking Dead was actually based on a comic book, can mistake a genre for a medium.

Yes, dear readers. The science fiction/fantasy/superhero genre that dominates our beloved medium of sequential art/graphic storytelling/ visual narratives (read: comic books) are not the only thing out there. Enter: Jonathan Case.

This Eisner Award winning author is here to show us something different planet smashing gods with his first solo project since 2011’s Dear Creature. Published through Dark Horse Comics, The New Deal takes place in the 1930s, the Depression era of New York City. Set during some of America’s darkest times, Case explores differences in social class, racial tensions, interracial romance, and some international jewel thievery thrown in for fun.  While I was reading, I was instantly drawn in by the dialog between the characters. It didn’t take me long to assign voices to Frank, a bellhop, and Theresa, a maid at the Waldorf Astoria. Both seem to jump off the page and take life before you. I instantly wanted to be friends with Frank and save Theresa. Case has a way of writing character so you know exactly how to feel about at the start, then challenges your conceptions later. I won’t get into how that happens, because that would give away too much of the story.

Not only is Jonathan Case doing all the writing, but all the art duties go to him as well. This is becoming more and more a thing of the past with comics. The modern day Jack Kirby’s are hard to find in the world of comics. I’m not sure if it’s because of technology, time, or corporate structures that make this so, but it seems all it not lost.  Case’s art it sublime in The New Deal. I was never distracted by a lack of realism or hyper detail. Never did I look at a panel and think, “Well, the human body can never be shaped like that.” Everything just fits. From the character design to the environmental details of the Waldorf and New York City, I was immersed in the world that Case created.

Jonathan Case already has one Eisner Award under his belt, and it’s not hard to see why. The guy is a storyteller of the highest quality. He’s taken a medium that many people still disrespect, even though those same people love the film properties it puts out, and made a something you can hand the naysayers. The New Deal isn’t about “men of tomorrow” or “vengeful billionaires.” Nope, The New Deal is about people.