Legendary and relentlessly loyal Wookiee warrior, Chewbacca, has continued to battle the empire in the hopes of restoring freedom to the galaxy. Through unwavering and steadfast devotion to the rebel cause Chewbacca has always stood on the frontline to bring peace to a galaxy far, far away. This October, Chewbacca, along with an unlikely side-kick, proves why he is one of the fiercest warriors among the stars in CHEWBACCA #1 from writer Gerry Duggan and artist Phil Noto.

Known for his big heart, short temper, and booming voice, Duggan plans to get to the core of what makes Chewbacca one of the strongest warriors in the Star Wars universe.  Speaking with Marvel.com, Gerry Duggan says, “He’s a hero, plain and simple. He’s a giant-sized underdog. He’s faithful, fierce, and can be playful. At the beginning of the story he’s on a very important mission. One he sets aside to help those in need. By the end of this arc we’ll have met the soul of the Wookiee. We’ll understand what he fears, and we’ll know why he picked up his bowcaster. Yes, this story will be an action-packed thriller, but I think it has a very strong Wookiee heart, too.”
Accompanying Chewbacca in this brand new series is a young and feisty co-star, Zarro, whose home comes under attack from the Empire and Duggan and Noto are excited to show how this unlikely pair take on the ruthless grip of the Empire. “Zarro’s home is under threat, and when others shrink, she stands tall,” says Duggan. “At first glance, she sees Chewie as the extra muscle she needs. The brains attached to those muscles will be a surprise for her….and I think how Chewie and Zarro manage to deal with the threat will be a fun surprise for fans. Both Phil and I are so excited to be collaborating on a Star Wars comic. The term ‘dream project’ is probably overused, but there is simply no other way to describe the gig. If fans have half as much fun as we do, then everybody’s in for a fun ride.”

Don’t call him a fuzz ball. Don’t call him a walking carpet. This is Chewbacca – fierce and loyal warrior of Kashyyyk in a brand new Star Wars series coming from Marvel this October! 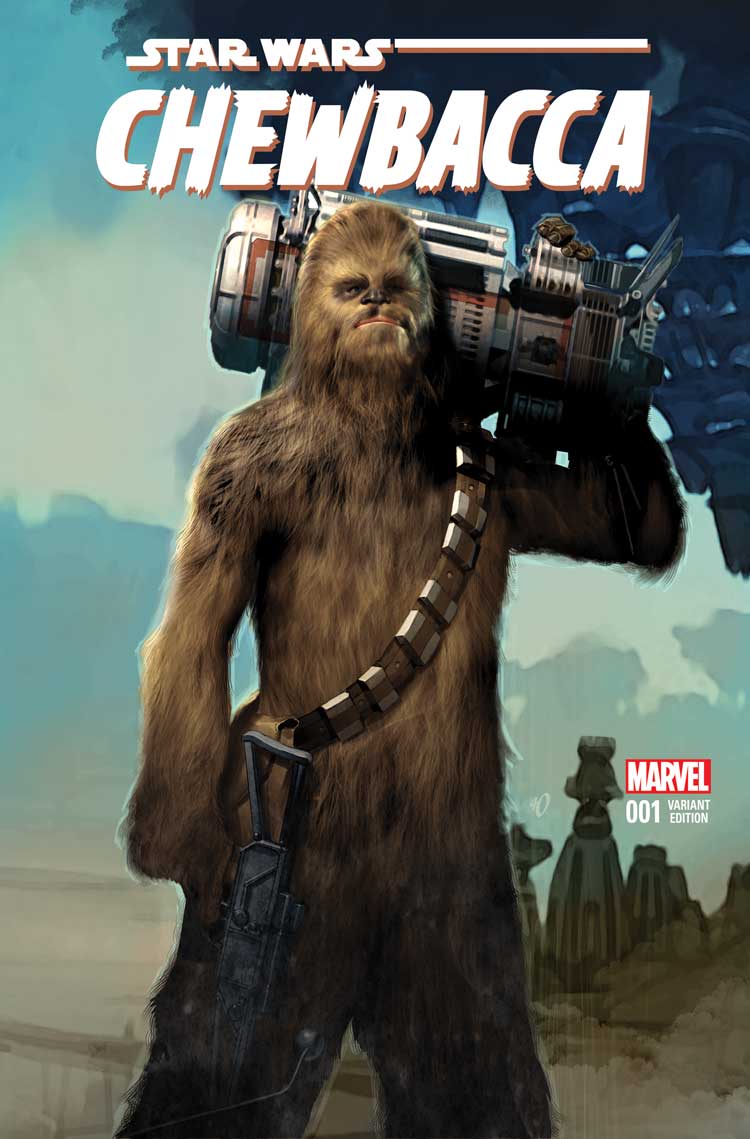 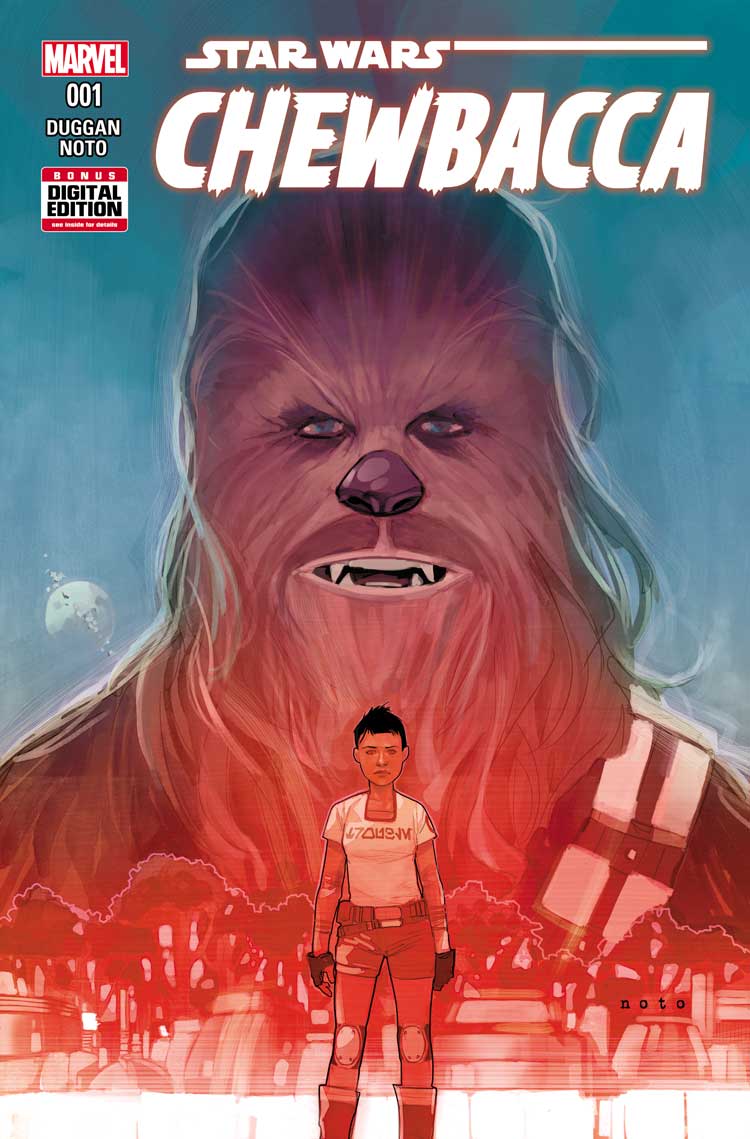