Eric
Comic News, Pullbox Previews, Valiant
Comments
A showdown. An apocalypse. An ending. This September, the twin forces behind the rise and fall of the Harbinger Foundation collide once and for all in a devastating new chapter of BOOK OF DEATH!
Valiant is proud to present the first look inside BOOK OF DEATH: THE FALL OF HARBINGER #1 – an essential standalone chapter of the summer’s cataclysmic event, BOOK OF DEATH, from New York Times best-selling writer Joshua Dysart (HARBINGER, IMPERIUM) and blockbuster artist Kano (THE DELINQUENTS, Swamp Thing)! This September, the dawn of the new Dark Age foretold in the Book of the Geomancer continues with a glimpse into the future of the Valiant Universe…and the revelation of the long-awaited final reckoning between the world’s two most powerful psiots…Peter Stanchek and Toyo Harada!
Many years from today, Peter Stanchek, the Renegades, the Harbinger Foundation, the Bleeding Monk, and Toyo Harada’s Imperium all reach their terminus, as the entire planet becomes the battlefield for the most devastating psionic combat humanity has ever seen. The Great Destroyer, long prophesied and foreseen, comes to Earth at last. Who will survive…and what will be left of them?
This September, join all-star creators Joshua Dysart and Kano for a journey to the far end of the Geomancer’s BOOK OF DEATH to reveal the final, unavoidable end for two of the Valiant Universe’s most powerful foes in BOOK OF DEATH: THE FALL OF HARBINGER #1 – an all-new one-shot featuring covers by Raul Allen (WRATH OF THE ETERNAL WARRIOR), Francis Portela (IVAR, TIMEWALKER), Ryan Lee (RAI), and Robert Gill (BOOK OF DEATH)!
Plus: go back to the beginning and revisit the sold-out first chapter in BOOK OF DEATH #1 (of 4) SECOND PRINTING – the 40-page first chapter of Valiant’s colossal comics event from New York Times best-selling writer Robert Venditti (X-O MANOWAR, Green Lantern) and all-star artists Robert Gill (ETERNAL WARRIOR, Batgirl) and Doug Braithwaite (UNITY, Justice) – in stores August 19th! Featuring the last stands of Valiant icons, the first appearances of all-new heroes, and tantalizing clues of future events, BOOK OF DEATH is the gateway to the next decade of the Valiant Universe and beyond!
Then: the comic book event of the summer continues in between each issue of BOOK OF DEATH with three other visionary tales of present and future ripped directly from the pages of the Book of the Geomancer! Each month, join an all-star cast of creators as they come aboard the year’s monumental comics event to chronicle the ultimate fate of Valiant’s most indelible heroes. From the modern day to the far future, the destinies of Bloodshot, Ninjak, the Harbinger Renegades, X-O Manowar, and more will stand revealed in four essential, standalone chapters at the epicenter of BOOK OF DEATH:
BOOK OF DEATH: THE FALL OF BLOODSHOT #1
Written by Jeff Lemire; Art by Doug Braithwaite
Cover by Rafa Sandoval
ONE-SHOT | On sale in July
BOOK OF DEATH: THE FALL OF NINJAK #1
Written by Matt Kindt; Art by Trevor Hairsine
Cover by Kano
ONE-SHOT | On sale in August
BOOK OF DEATH: THE FALL OF HARBINGER #1
Written by Joshua Dysart; Art by Kano
Cover by Raul Allen
ONE-SHOT | On sale in September
BOOK OF DEATH: THE FALL OF X-O MANOWAR #1
Written by Robert Venditti; Art by Clayton Henry
Cover by Cary Nord
ONE-SHOT | On sale in October
For more information, visit Valiant on Facebook, Twitter, Tumblr, and at ValiantUniverse.com.
For Valiant merchandise and more, visit ValiantStore.com.
BOOK OF DEATH #1 (of 4) SECOND PRINTING
Written by ROBERT VENDETTA
Art by ROBERT GILL and DOUG BRAITHWAITE
Cover by ROBERT GILL (JUN158249)
$3.99 | 40 pgs. | T+ | On Sale AUGUST 19 (FOC – 7/27/15)

BOOK OF DEATH: THE FALL OF BLOODSHOT #1 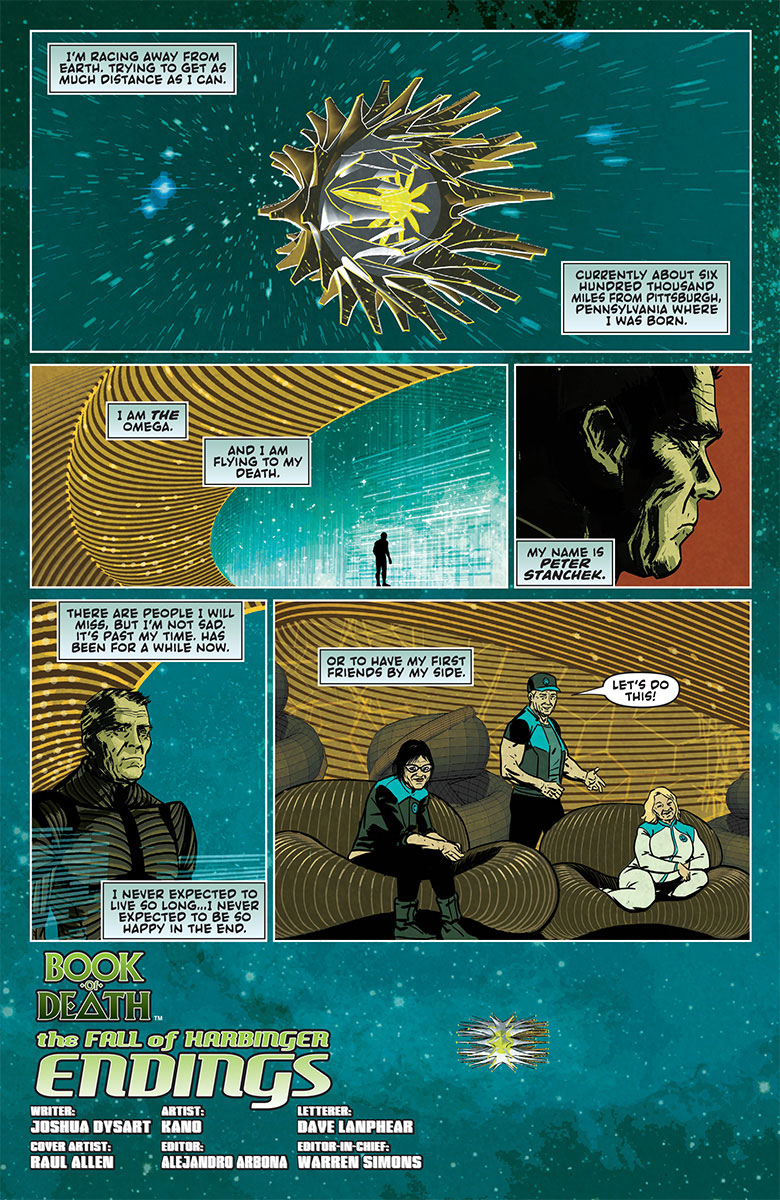 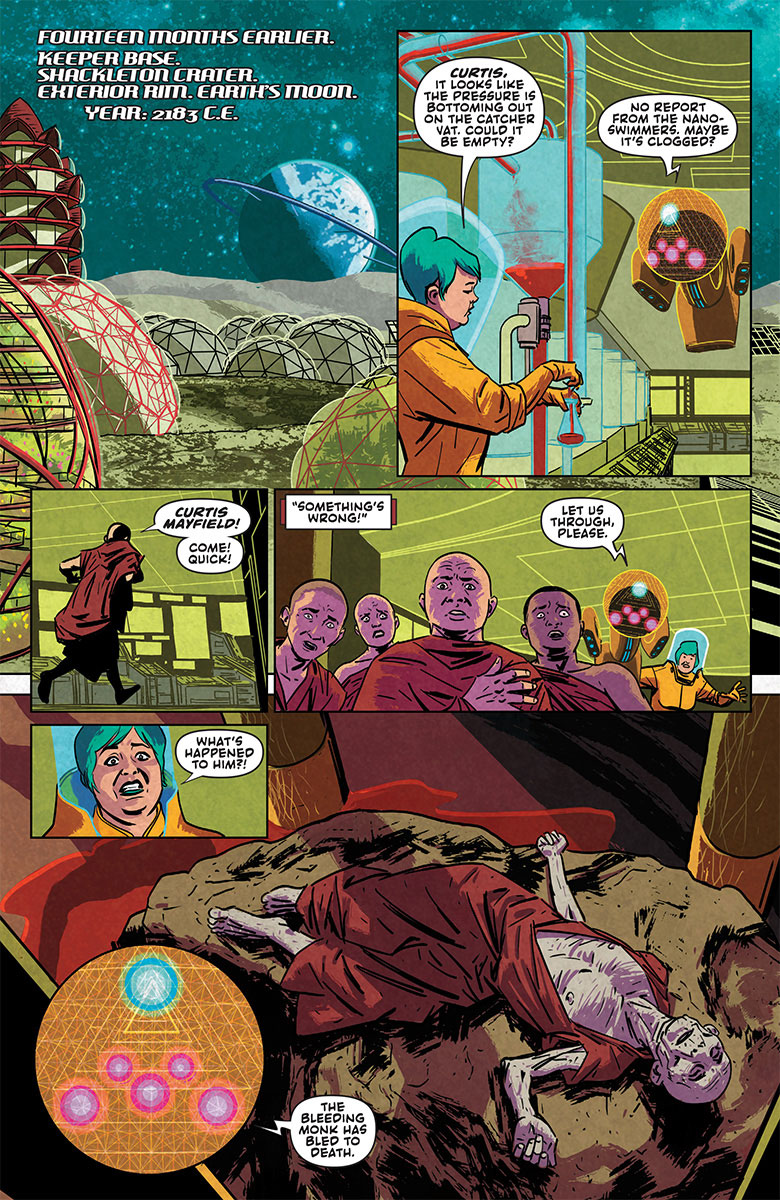 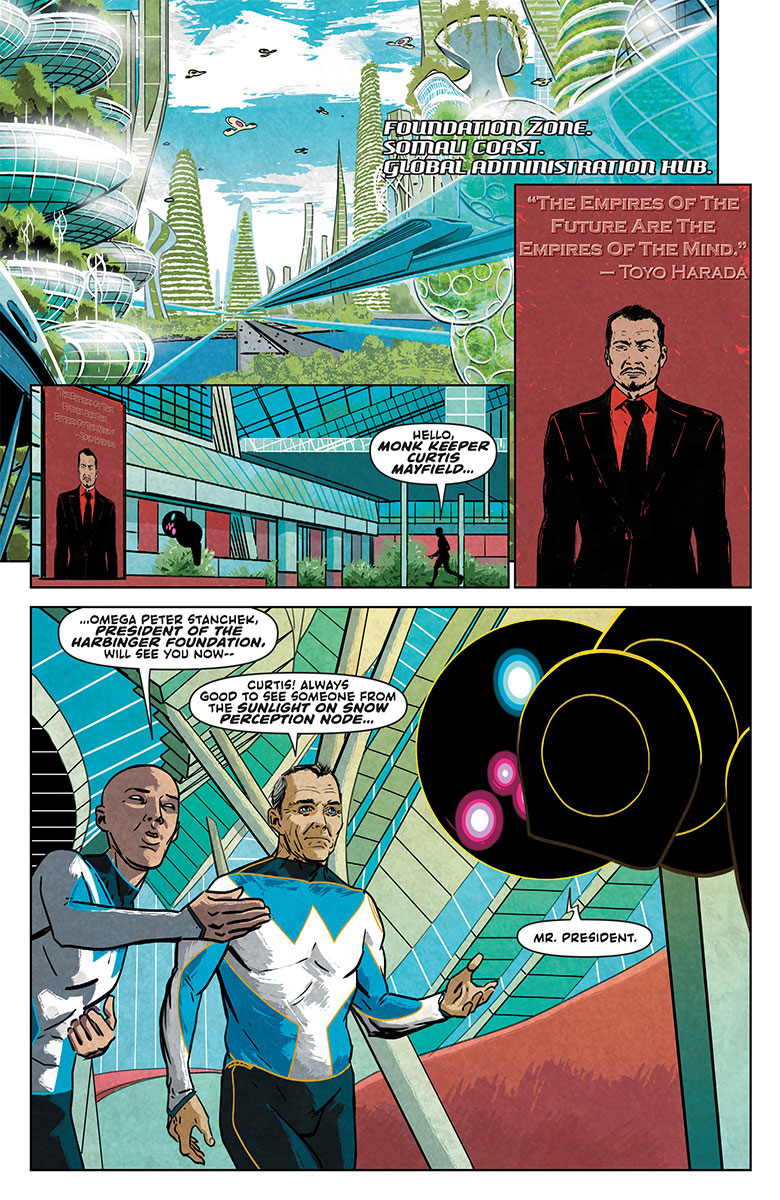 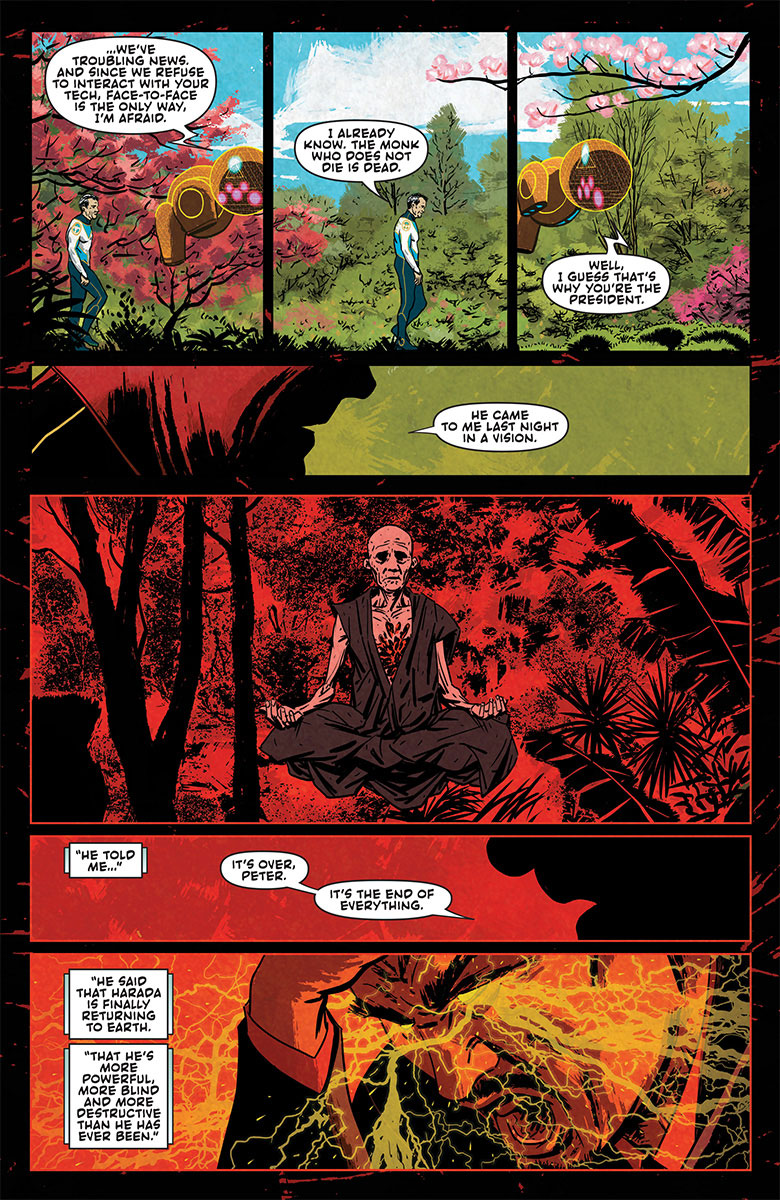 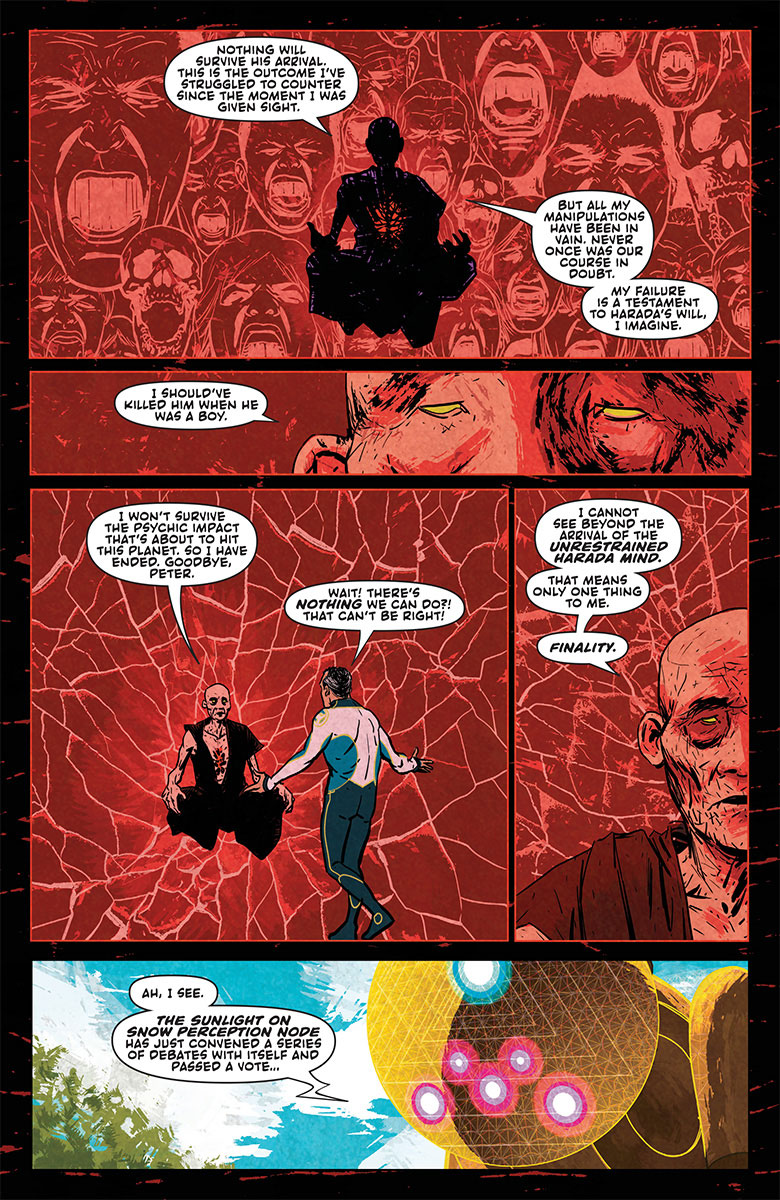 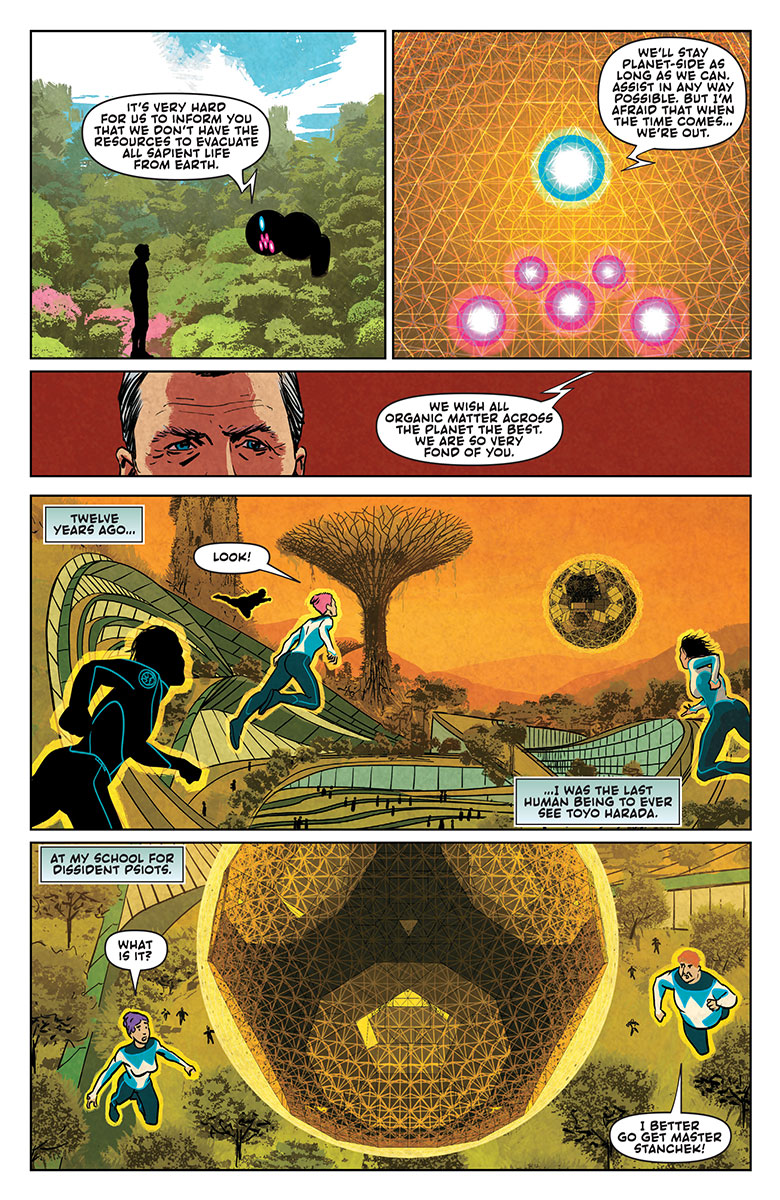 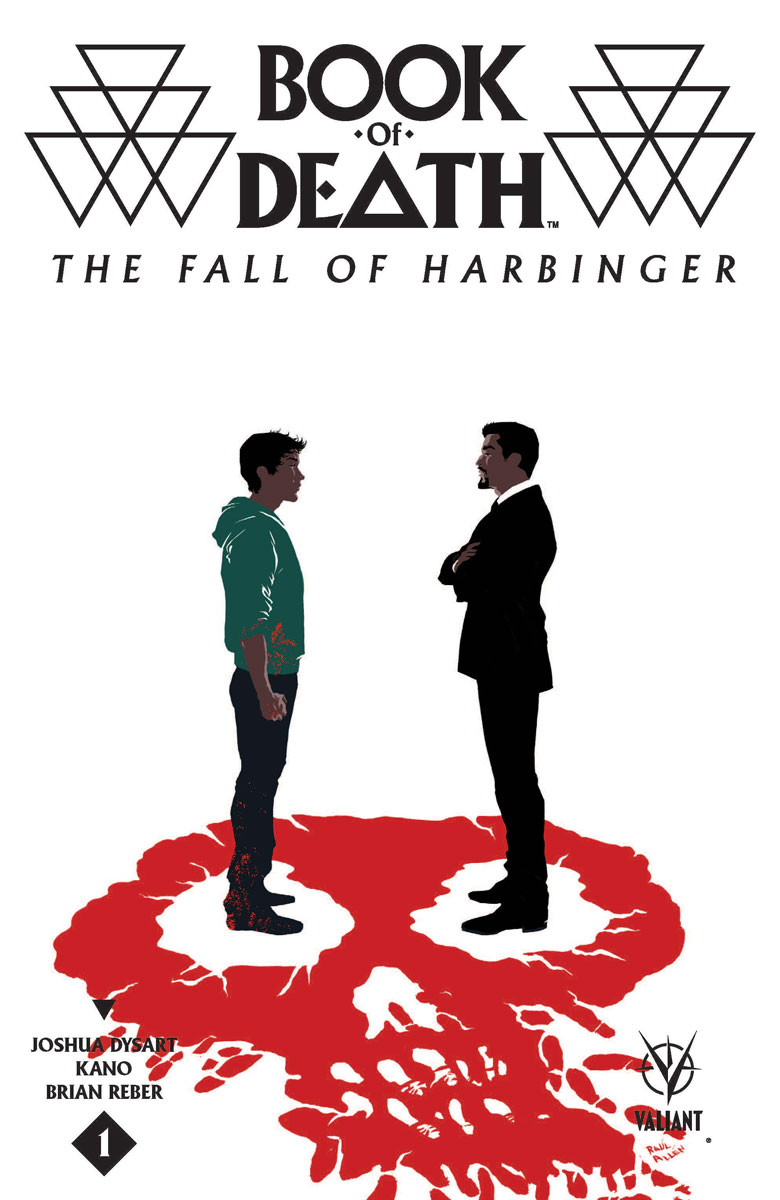 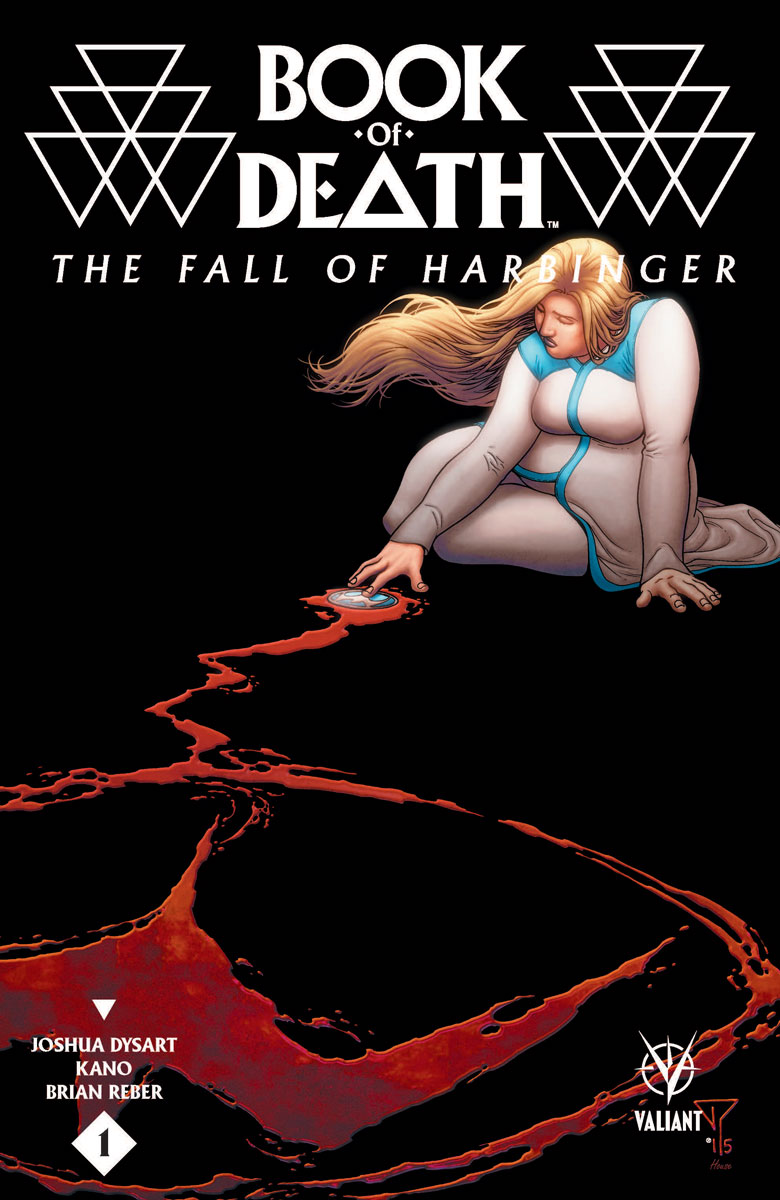 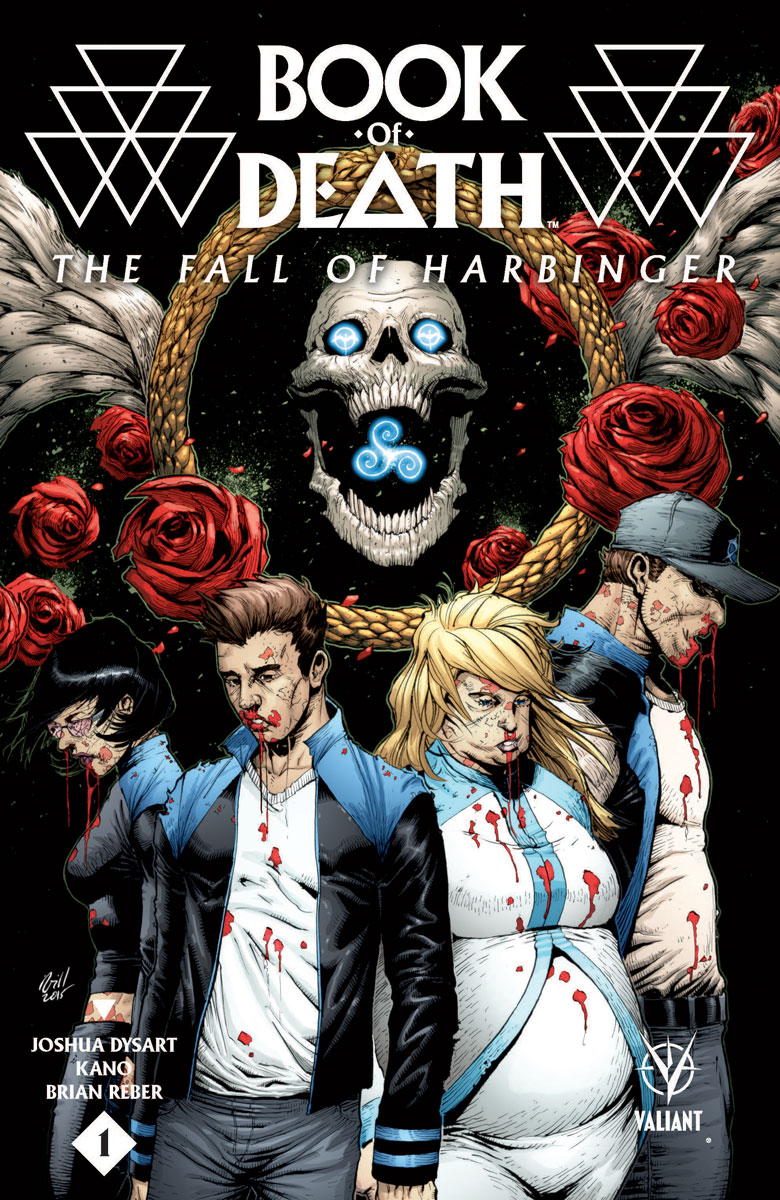 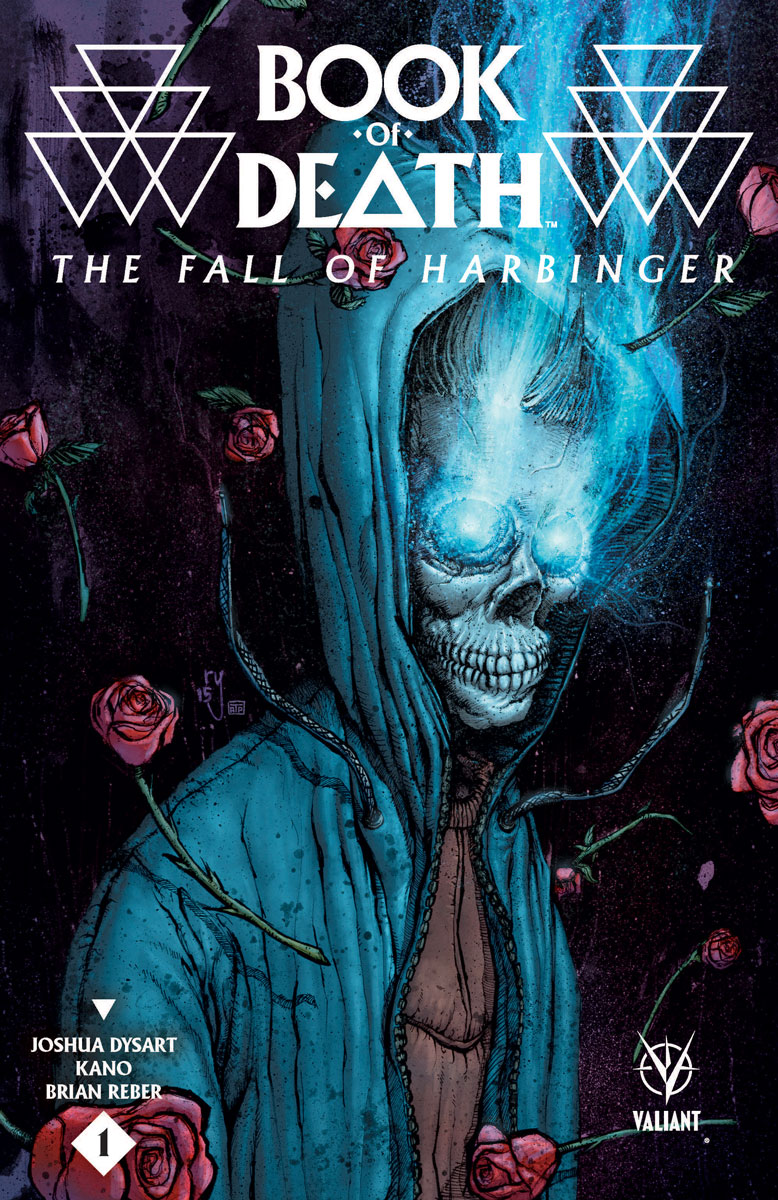