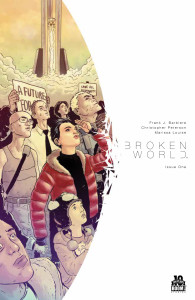 Broken World #1
Writer(s): Frank J. Barbiere
Artist(s): Christopher Peterson
With a meteor days away from causing an extinction-level event on Earth, time is running out for Elena Marlowe. While most of the planet’s population and her family were approved by the government to escape on one of the giant spaceships headed to another planet, her application was denied due to her mysterious past. With the meteor fast approaching, Elena desperately tries to find a way to fake her way aboard
——–

What if you knew… I mean really knew… that the world was coming to an end? What if you knew that the government had a way for the human race to survive… just not all of it? What if the government you’d put your trust in (heh) was holding a lottery to give people not already deemed essential to survival a fair chance? What would you do to ensure that you were in on that plan? What lengths would you go to to keep your family alive, and together? Now imagine that you did all that, but suddenly the government wasn’t quite as trustworthy as you’d thought they might be…

This is the conundrum that Elena has in front of her. Due to whatever checkered past she has in her rear view, her paperwork for salvation in the “ark program” is denied. Her husband, a high ranking official, believes it’s just a glitch. Elena knows that it’s something that runs a little deeper than that.

In the middle of of it all, rioters protest not making the final cut, death cults prepare to make their way to the afterlife on their own terms, and conspiracy theorists question everything laid out before them. As if Elena didn’t have enough to worry about, right?

Here we have a strong start to what I hope proves to be a very good book, that asks some very good questions… I hope I’m around long enough to see them, because I’m not so sure that I’d be one of the “saved” aboard the Ark. Then again……… would I want to be? 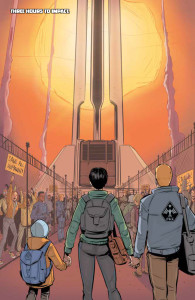 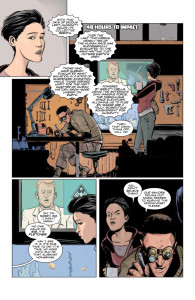 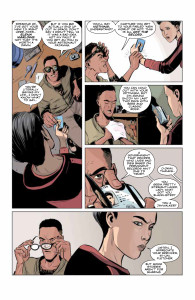 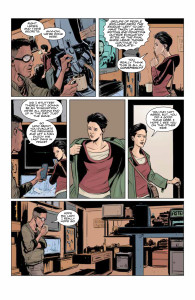 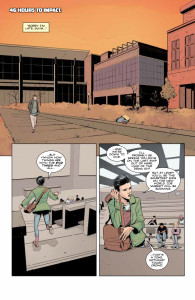 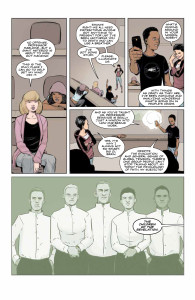