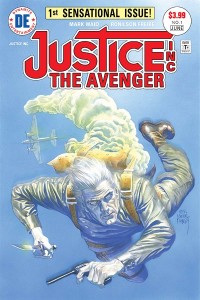 Justice Inc: The Avenger #1
Writer: Mark Waid
Art: Ronilson Freire
Genre: Crime Noir, Superhero
Publication Date: June 2015
Meet Richard Henry Benson–the Avenger! His pallid features forever deadened by a criminal act, he is the ultimate master of disguise and uses his skills to mete out retribution to those who would prey on the innocent! But can even Benson triumph over an Invisible Man…? Fan-favorite writer Mark Waid – who is hotter than ever thanks to his work on Daredevil and Star Wars: Princess Leia – brings his personal favorite pulp hero back to comics with all-new, explosive adventures!
“Having the opportunity to dive into the psyche of a crimefighter as unique as Benson has been a lifelong dream,” says Waid. “I’ve been thinking about what his life and mind would be like ever since I read my first Avenger paperback back in the day. How does a man live his life when he has nothing to live for but justice? How does he navigate in a world of life and love and joy when his own features are frozen and stiff like putty, mirroring his cold, dead insides? I’ve been aching to write this story!

————
Picking up the story of a pulp action hero like The Avenger, written by Paul Ernst for a pulp magazine back in 1939, can’t be an easy thing to take on. The original material is going to be dated, the story out of touch, and the real challenge would just be in making the characters relevant and interesting to a modern day reader. As a kid, I read a lot of the pulp action stories like Doc Savage and The Shadow, so coming from a fan of the genre I’m going to tell you that reading them now is tough. Characters are left one dimensional, and there is very rarely any real doubt that the good guy is going to come out on top, and that he’s going to do it with style.

Richard Benson is a hero born out of personal tragedy. The event that molded him into a man who lived for nothing so much as leveling retribution against the guilty left him with the ability to change his features, molding his face like clay. It also instilled in him the drive to perfect the skills needed to take his battle to the enemy. He’s an expert marksman, hand to hand combatant, and tactical genius. He holds firm to a rule of no killing, choosing instead to wound and incapacitate, even in a gunfight. He’s surrounded himself with a team of like-minded adventurers, each an expert in their own area, and each with the determination to defend the innocent.

Mark Waid seems to be coming at the source material from the right direction. Based on what we have here in the first issue, his focus is on the mindset of the hero. What remains to be seen is if we’ll wind up with something new, out of something old, or if it’s going to be a rehash of everything that’s been done before. In the past, Waid has done some great work with existing and sometimes dated characters, so I have high hopes for this title as it moves forward. 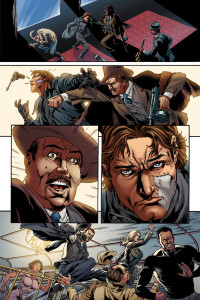 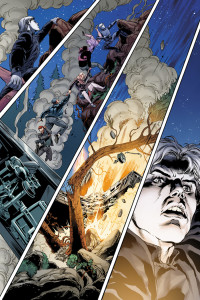 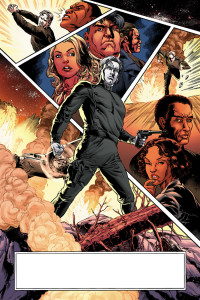 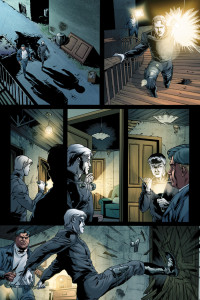