This is it! The mind-bending, reality-altering reveal of what happened to turn a long-lost Russian cosmonaut into the godlike being known as DIVINITY!

But there are some things even gods can’t do – a lesson that DIVINITY may not learn easily. Can the super-powered heroes of the world contain the rage of a mad god? The earth-shattering conclusion to Matt Kindt and Trevor Hairsine’s sci-fi epic will have long-term ramifications for the entire Valiant Universe! 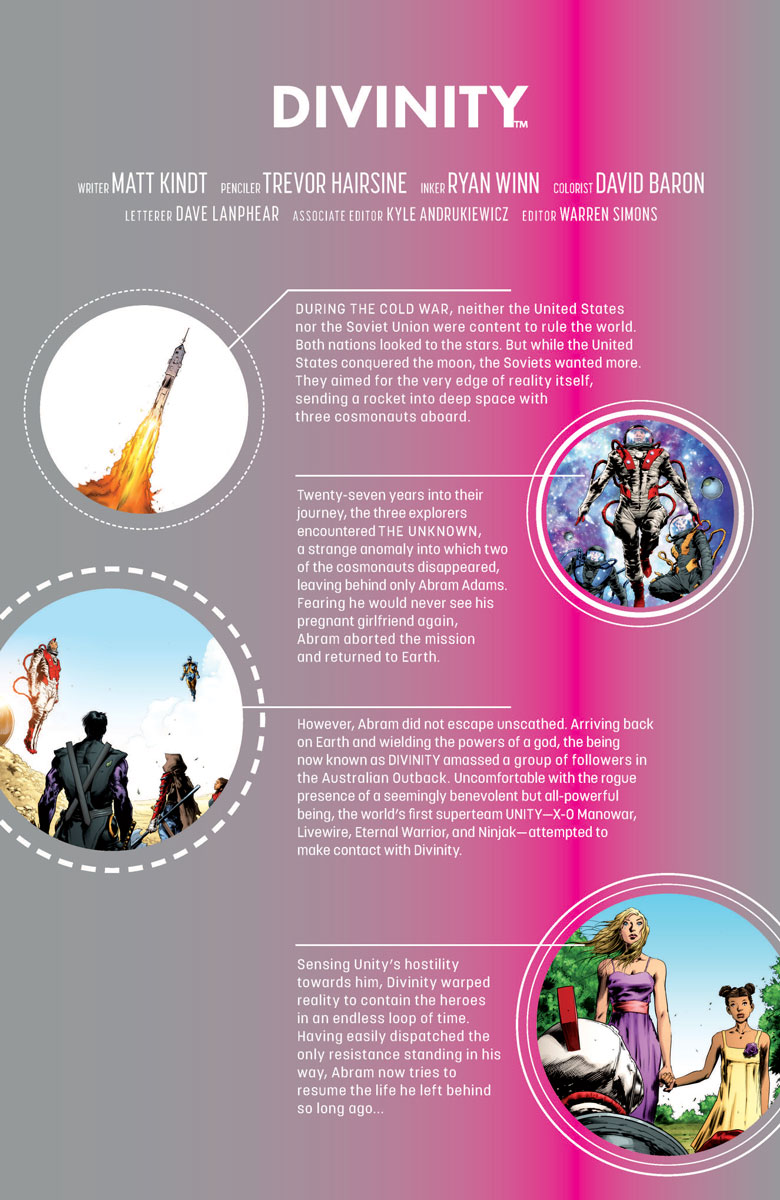 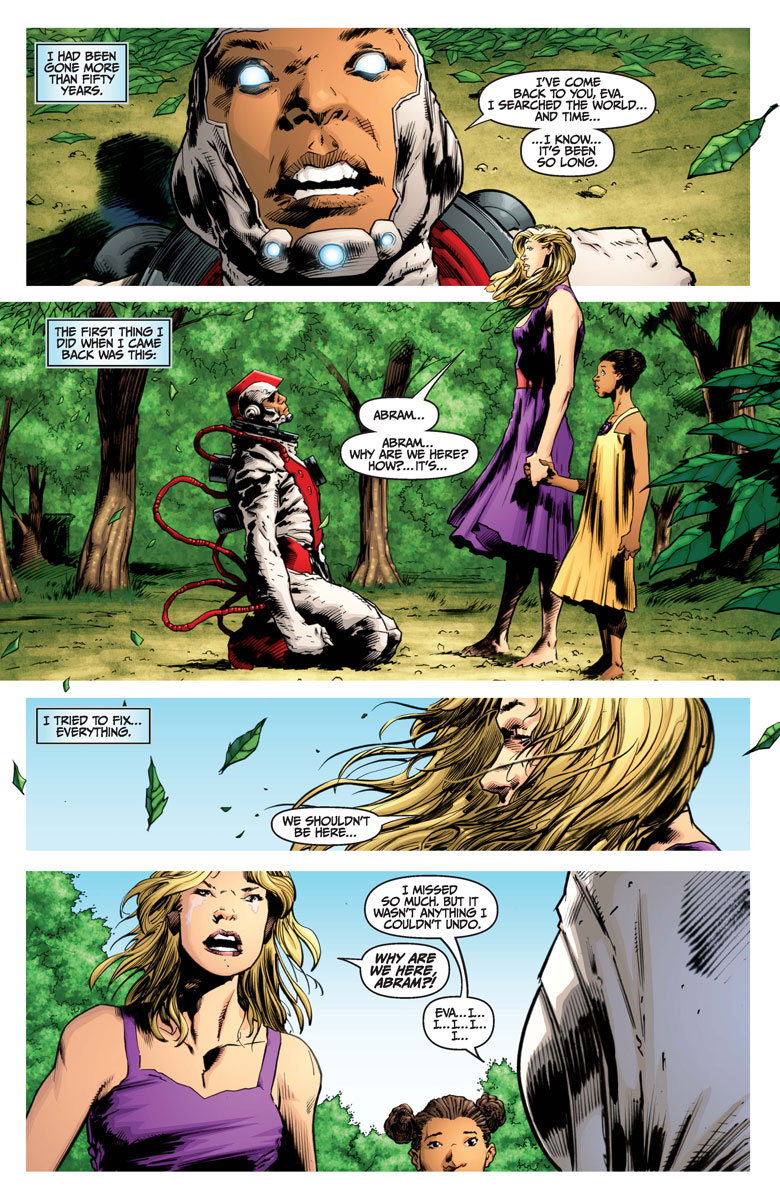 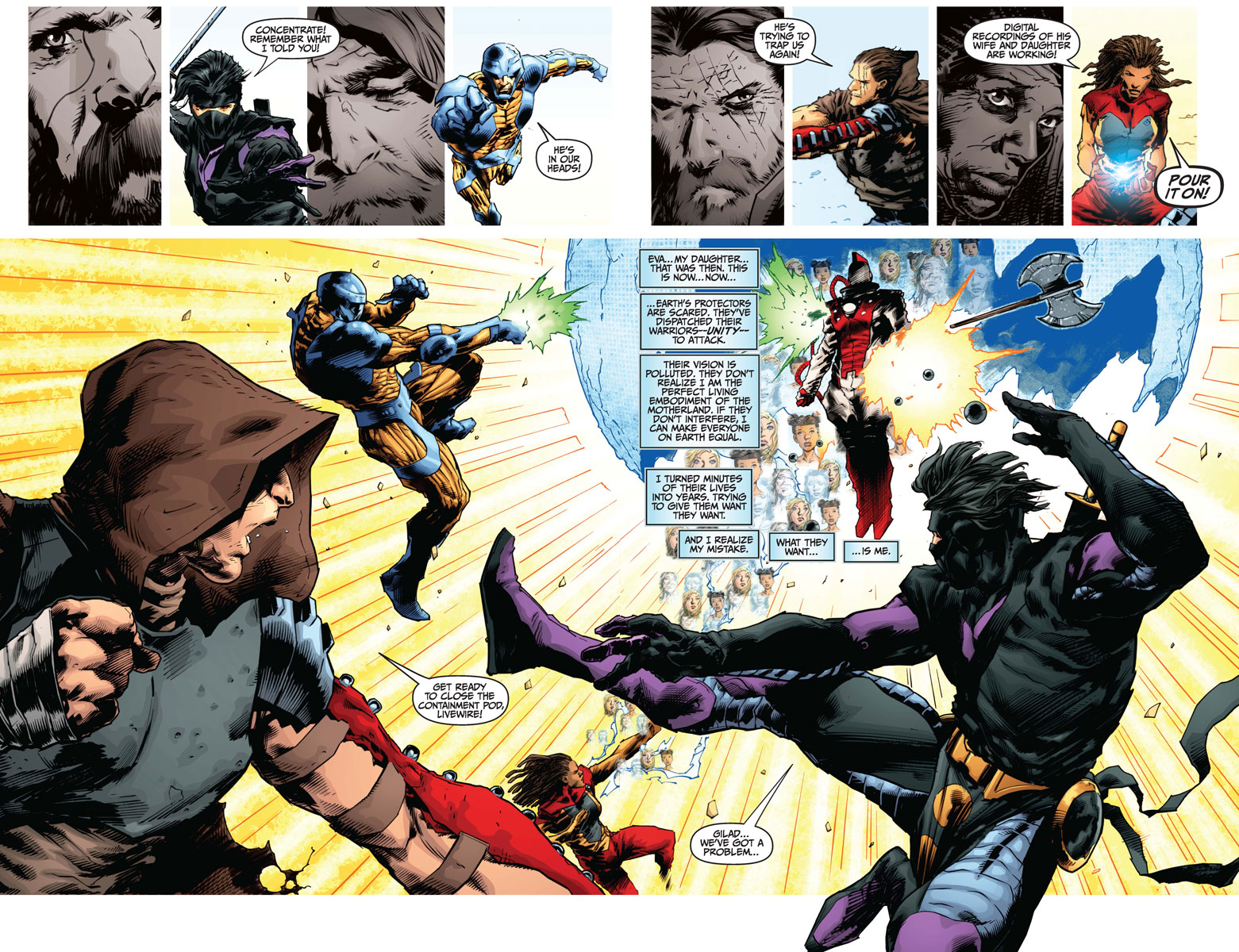 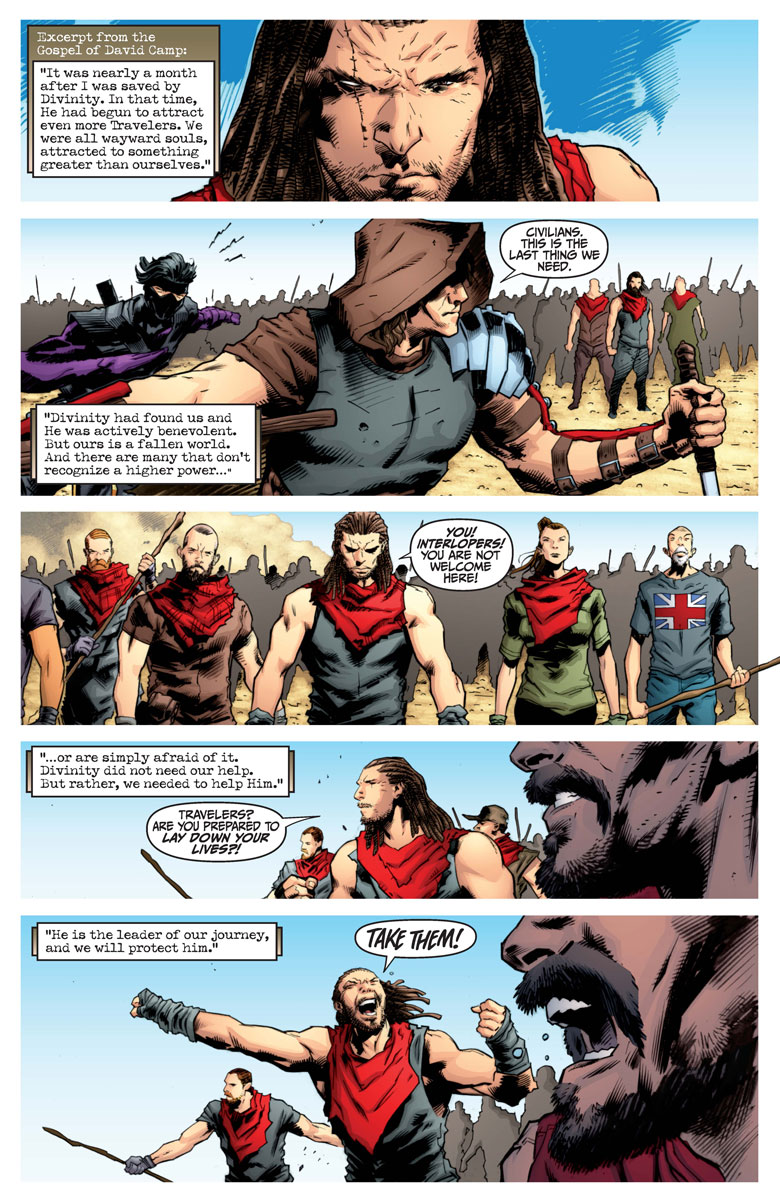 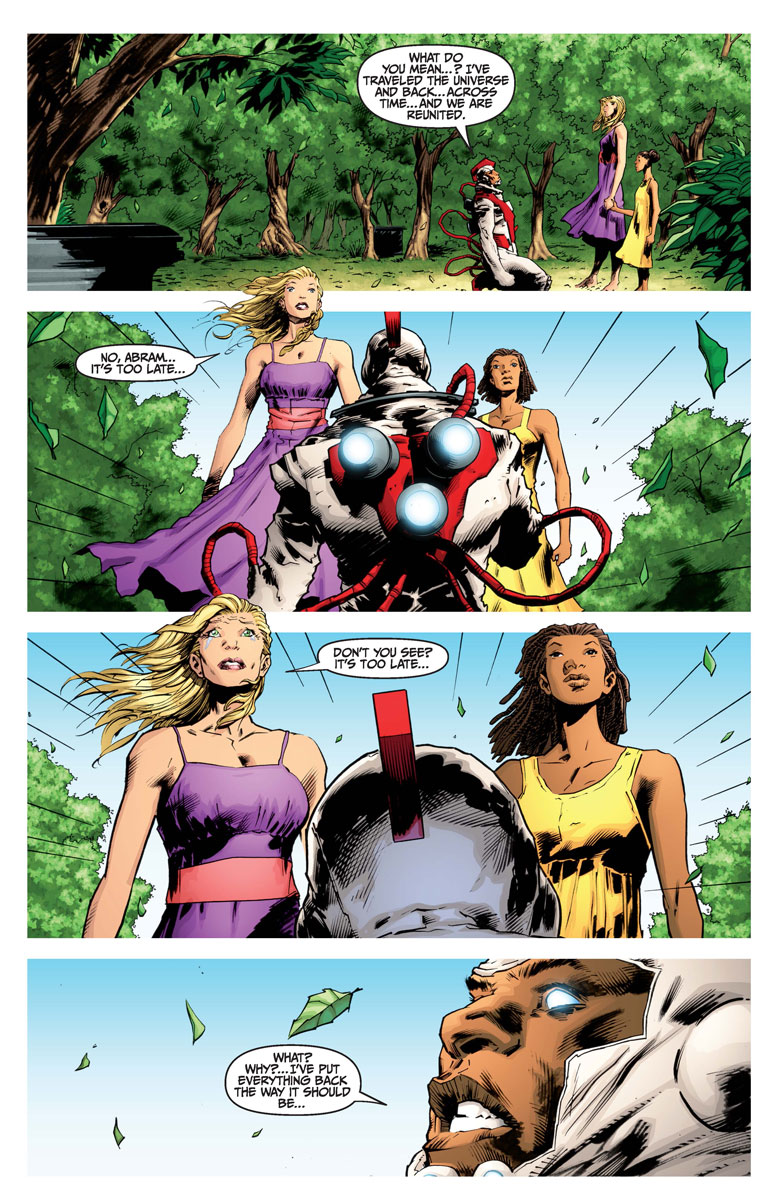 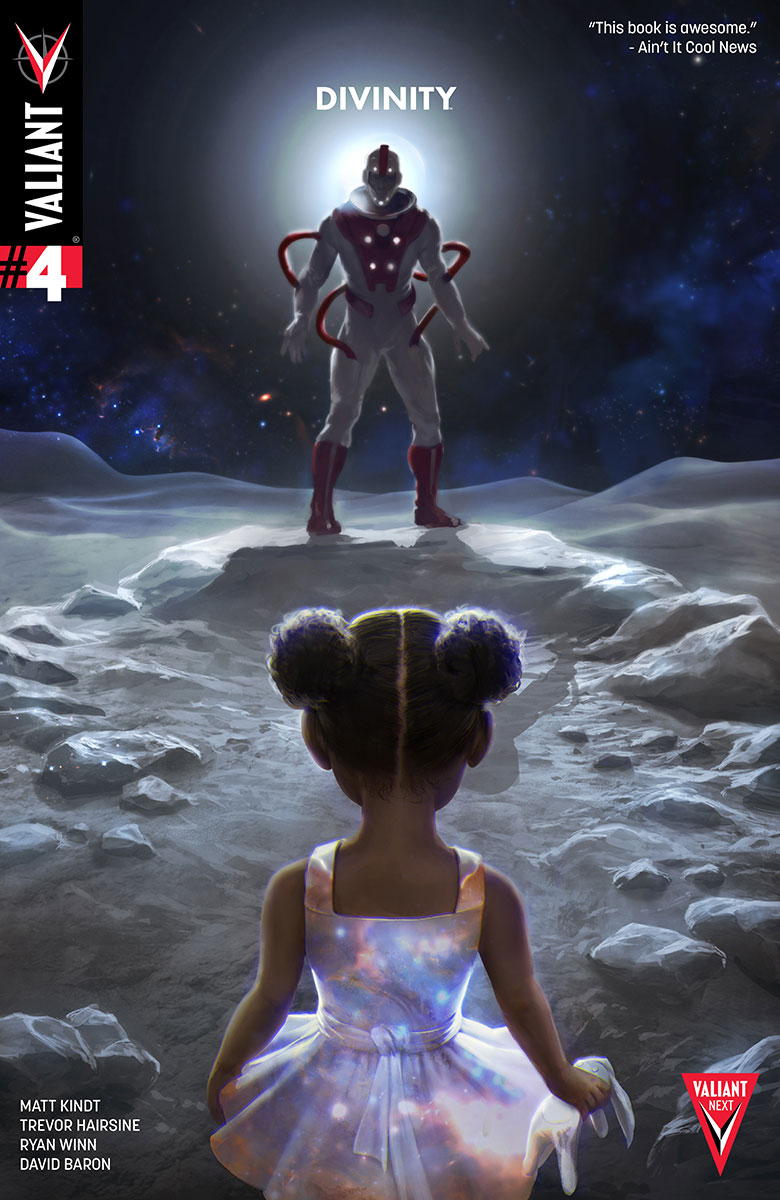 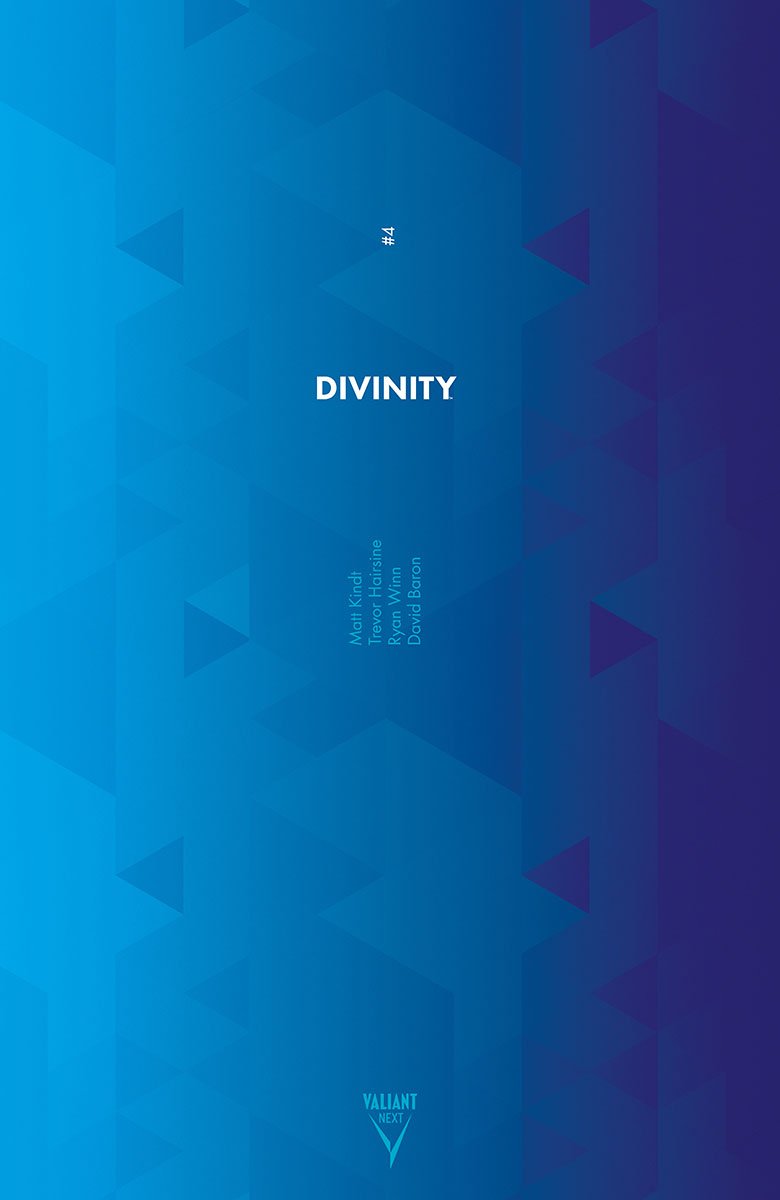 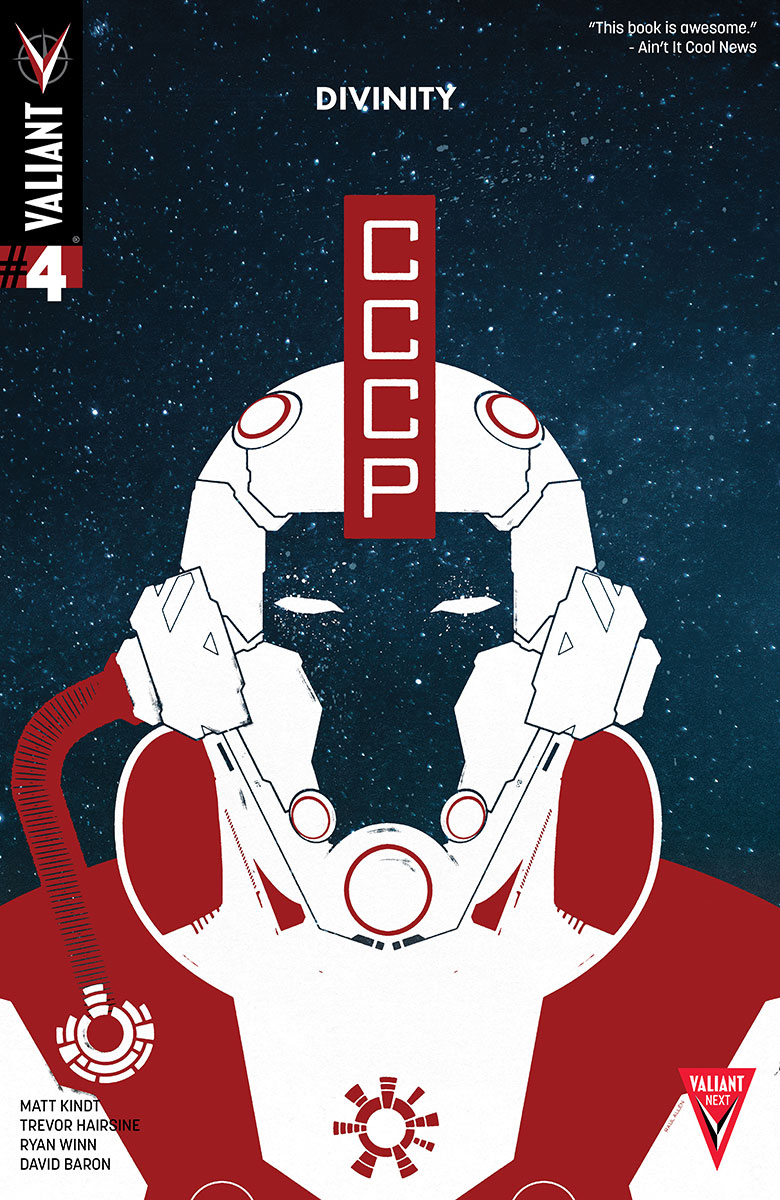 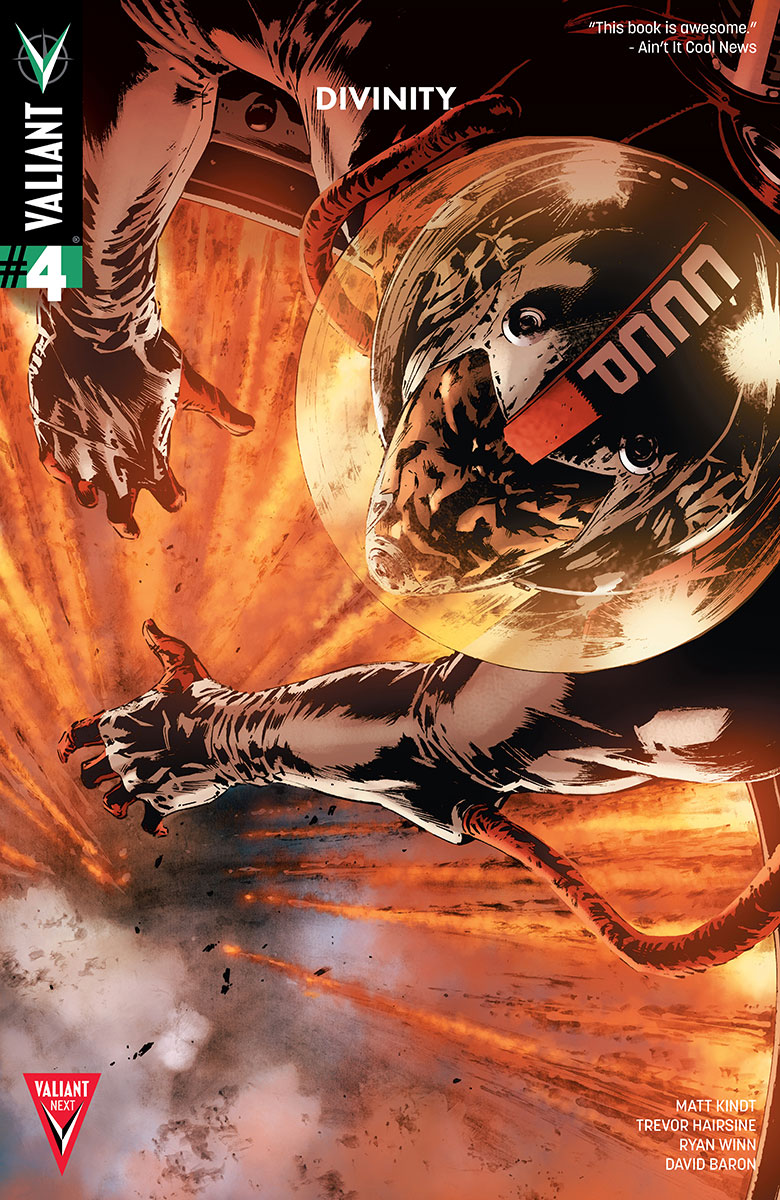 Dr. Neela Sethi, the inventor of time travel is captured by her evil future-self (because…time travel) and tempted to give into her rage and become the woman who may destroy history! As the BIG CRUNCH rapidly unmakes the universe around her, Neela faces a choice that may give her her life’s dreams…at the cost of the very universe itself. But take heart, inhabitants of the very universe itself, because all of our hopes lie the hands of IVAR, TIMEWALKER! But even he can’t save us alone – what happens when history’s most jaded time traveler puts together the best team he can find to save time itself? A combination of his estranged family, like his immortal brothers ARMSTRONG and THE ETERNAL WARRIOR, his inter-dimensional enemies like history’s most re-tweeted prankster THE LURKER, and a BLOODSHOT NANITE with one heck of an attitude problem are just the start of history’s most unexpected saviors. The plot to save history begins here, so don’t worry! …Well, maybe you should worry a little. 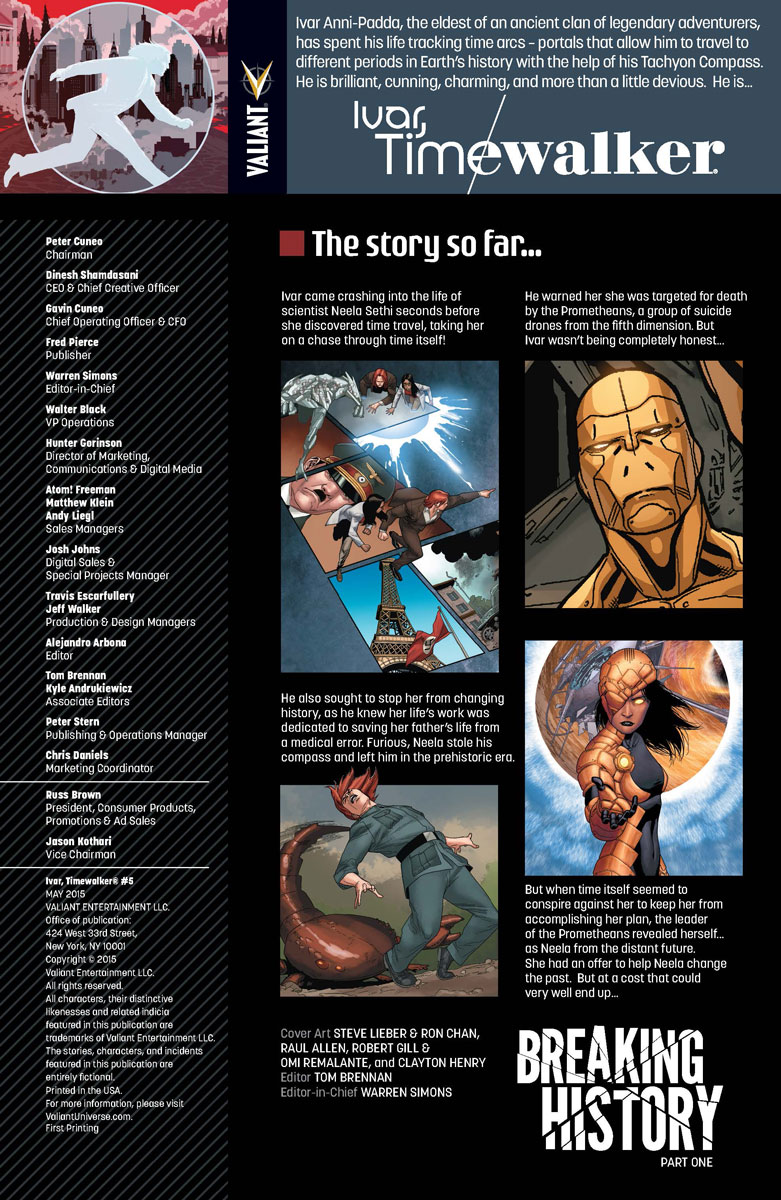 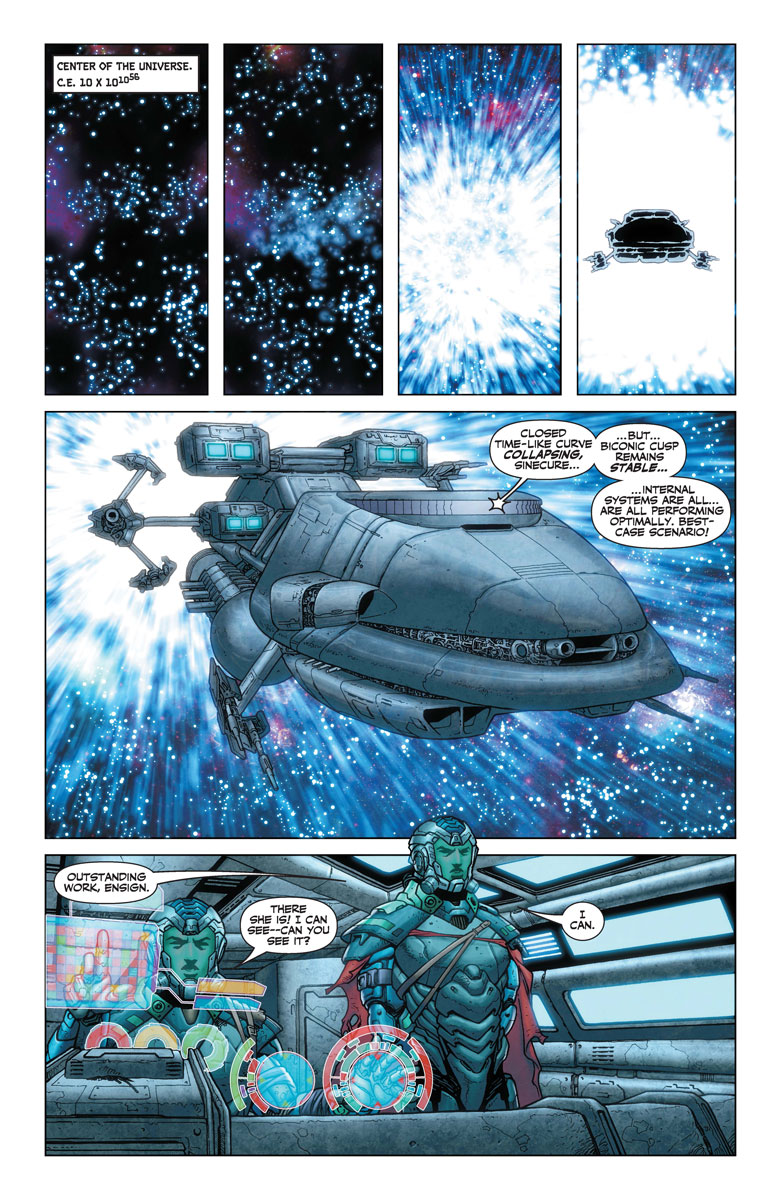 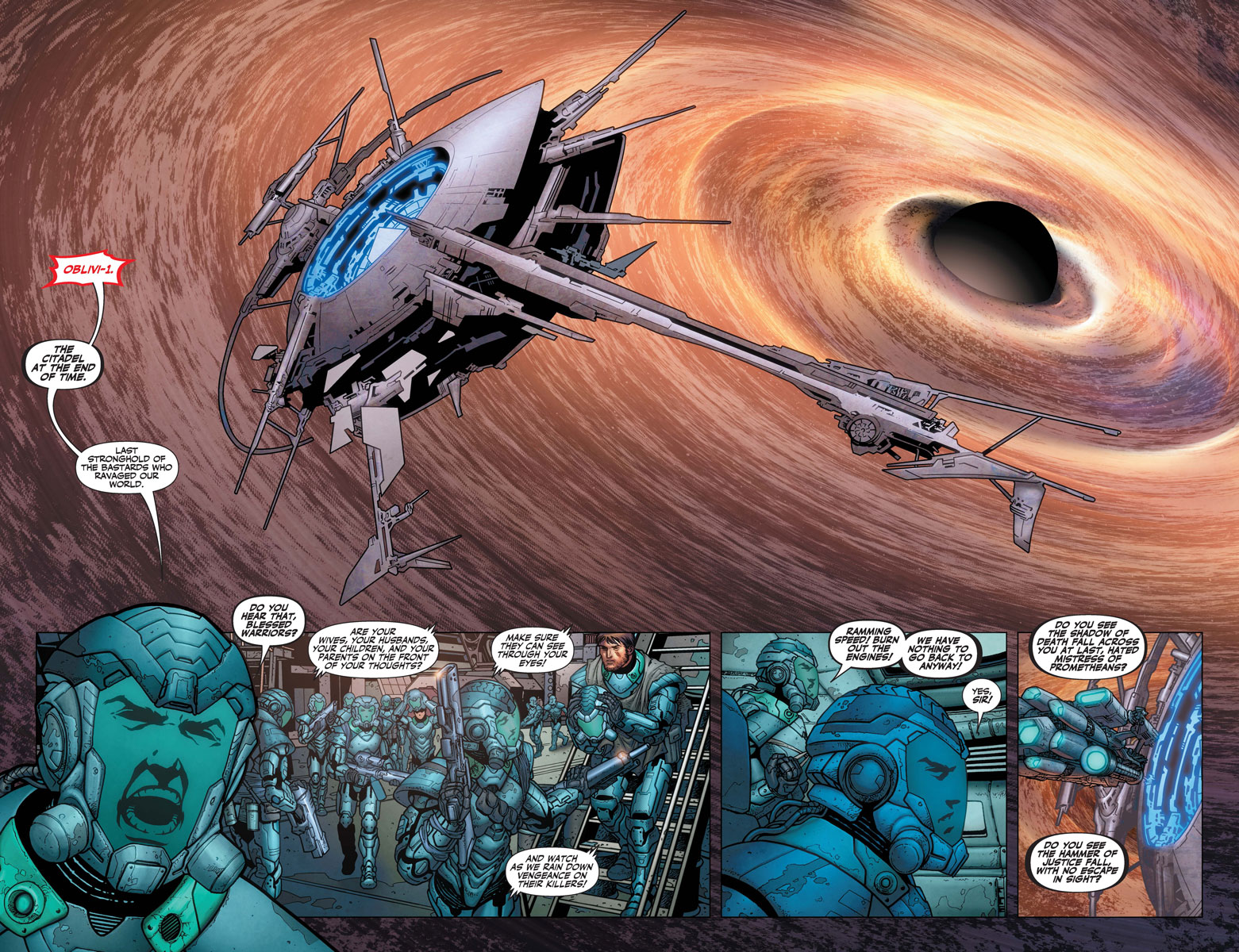 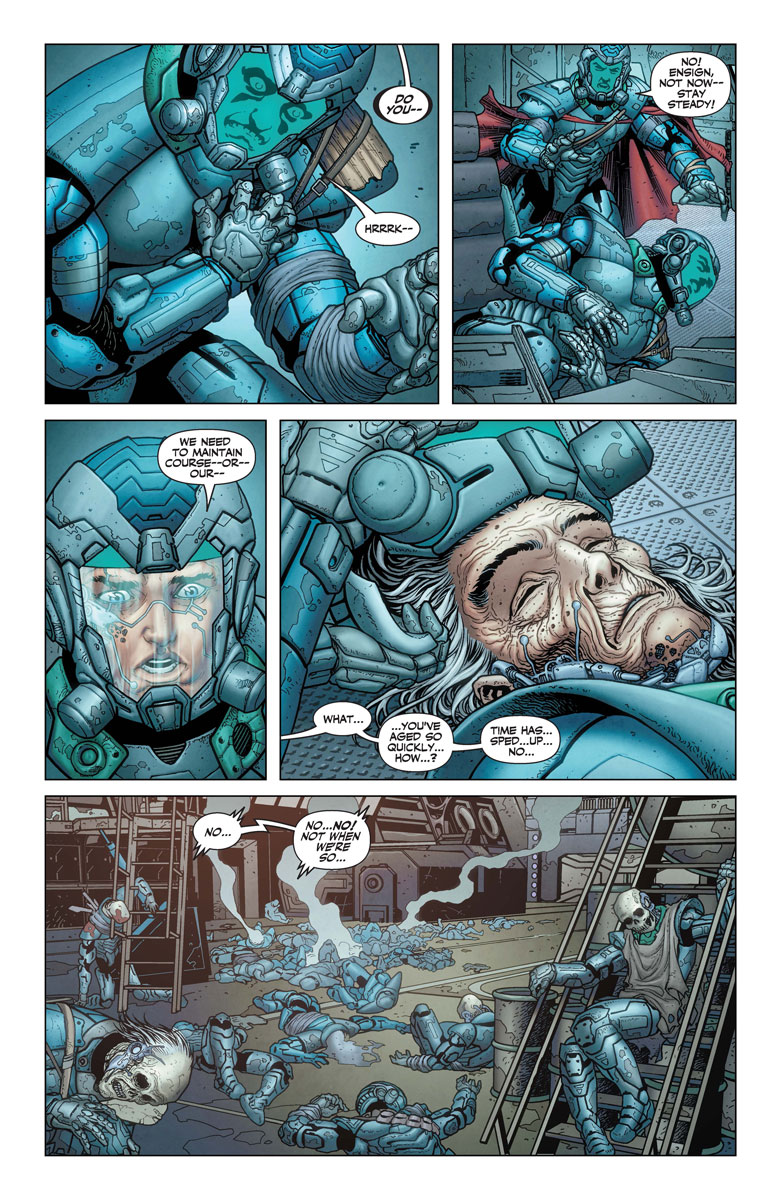 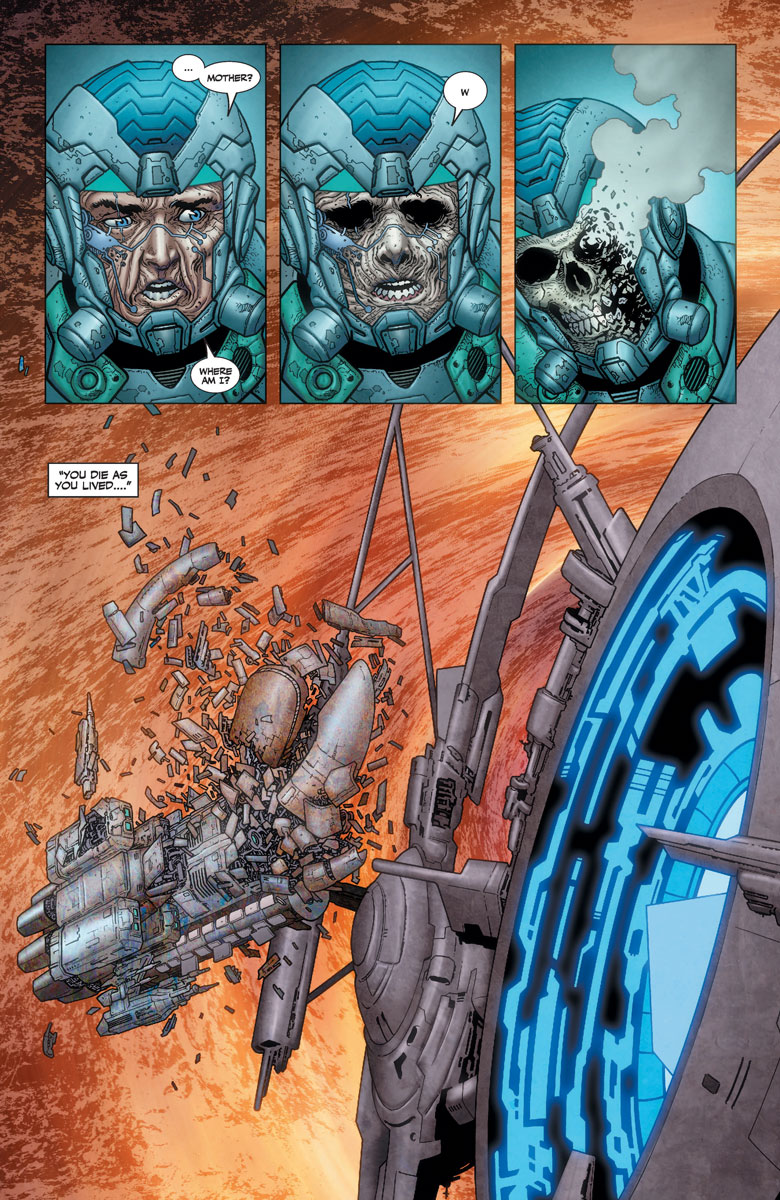 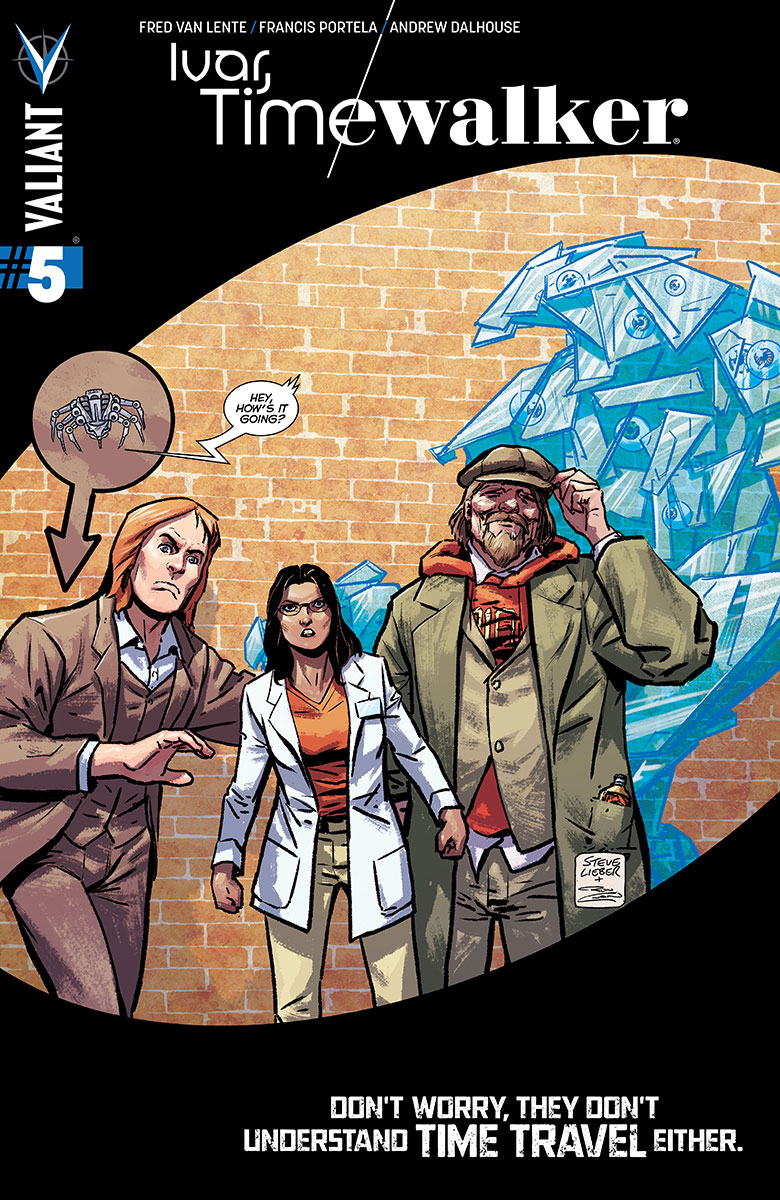 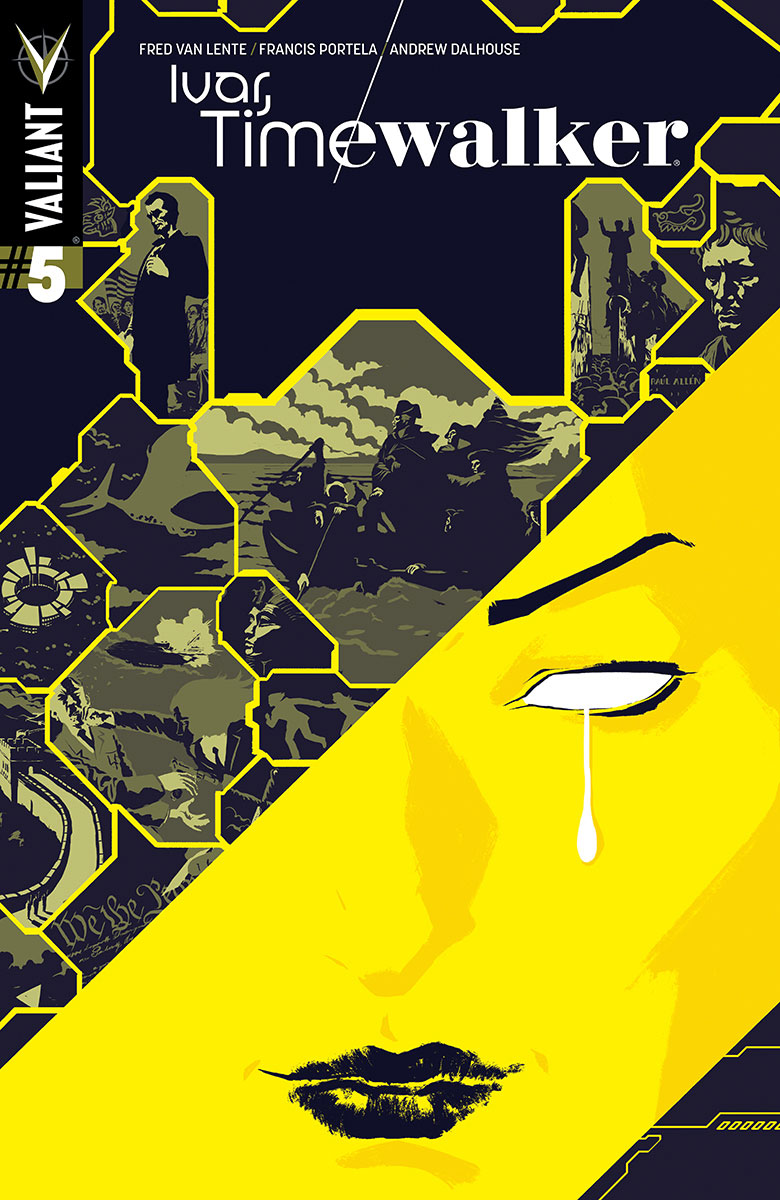 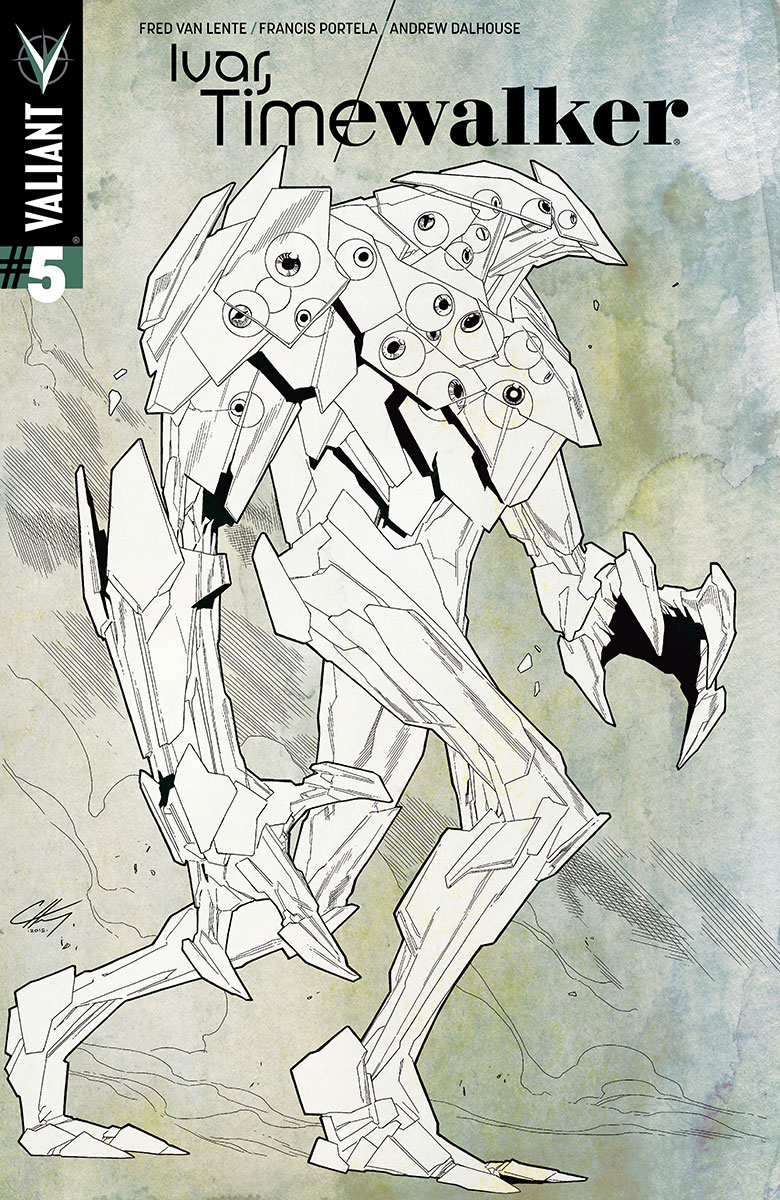 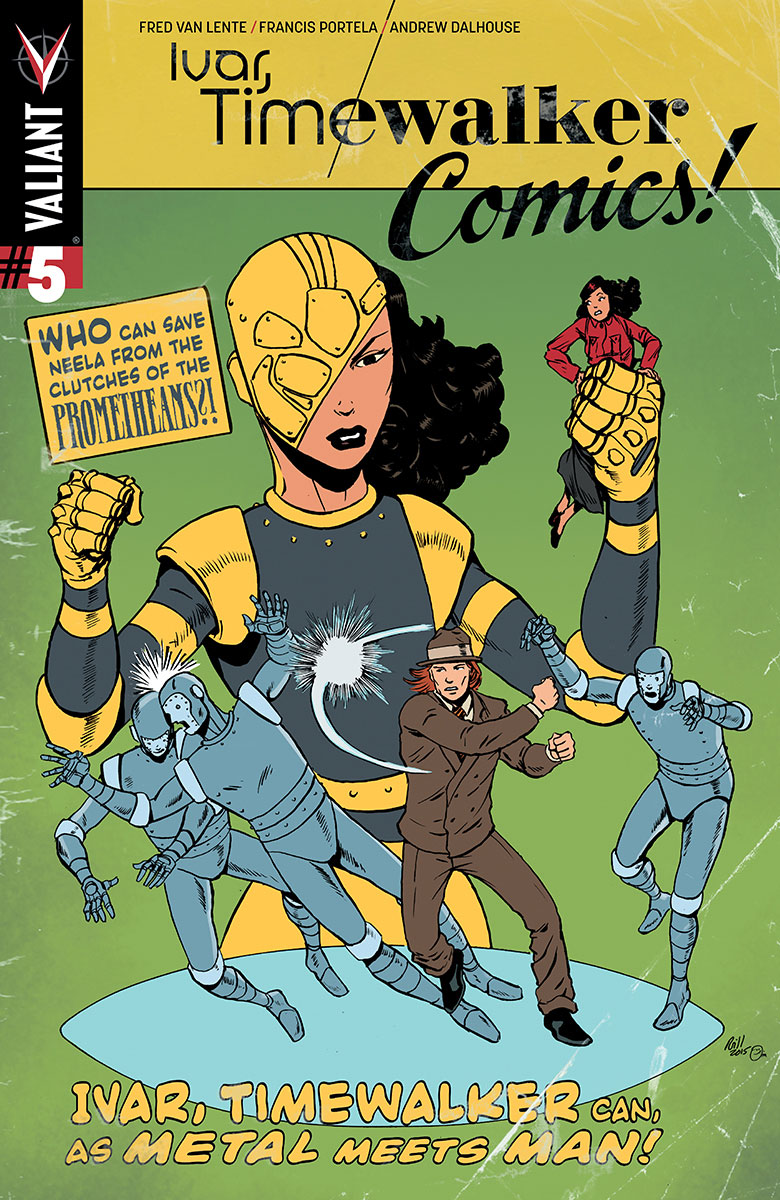