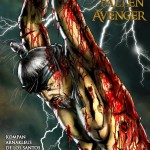 This is a limited series based on the true story of Admiral Yi Soon Shin, a Korean naval commander who saved his people from Japanese invasion forces during the Imjin War (1592-1598).

Much like the Nazis during the World War II, the Japanese were known for having little remorse for the innocent civilians of Korea. They raped women, enslaved children and killed elders. All that stood against them was one man who could not be defeated in battle.

In this chapter of YI SOON SHIN: FALLEN AVENGER, Admiral Yi faces vicious torture at the hands of his own King, while his rival takes charge of the Korean Navy and contends with the Japanese armada. The penultimate issue to the shocking double-sized conclusion of FALLEN AVENGER promises to be the bloodiest issue in the entire series! Featuring a stunning cover by artist emeritus Giovanni Timpano and mind-blowing interiors by new series regular El Arnakleus! Don’t miss it!

In “Yi Soon Shin: Fallen Avenger” #3 author Onrie Kompan continues to show fans that an in-depth historic story has its place in the pages of comic books. Through Mr. Kompan’s gift for story-telling, this well-constructed high-action (and high violence) tale is just as engaging as any great film or novel. Mr. Kompan’s legendary but dark account is visually-complimented by the talents of the art team lead by El Arnakleus. The colors and pencils for the issue are perfectly matched for this saga – shadowy and foreboding without losing the details of the story flow. In both writing and visuals – this entire series has been an exemplar of how to balance a dramatic story with non-superfluous violent action and keep the reader fascinated and wanting more!

This issue is the 7th in the series based on the life and deeds of the real 16th century Korean Champion. Undoubtedly one of the most intriguing and well-constructed independent projects I have seen in the last few year!  If you are at convention where Mr. Kompan will be (C2E2, Wizard World, SDCC, etc. – his schedule here) – I promise you the Yi Soon Shin series will be the best purchase you get there!

The Bottom Line: An excellent pressure cooker issue in a series that blows most mainstream comics out of the water! 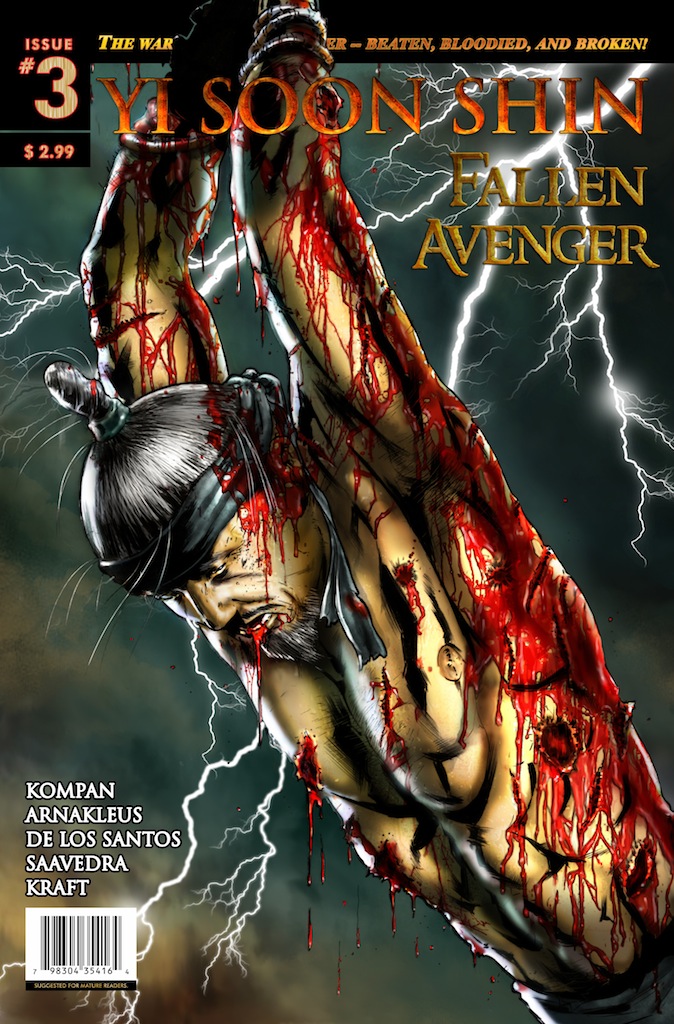