I just came across this today – looks like a fun read! Time Traveling + Pugs = Awesome!

Read about it and back it HERE 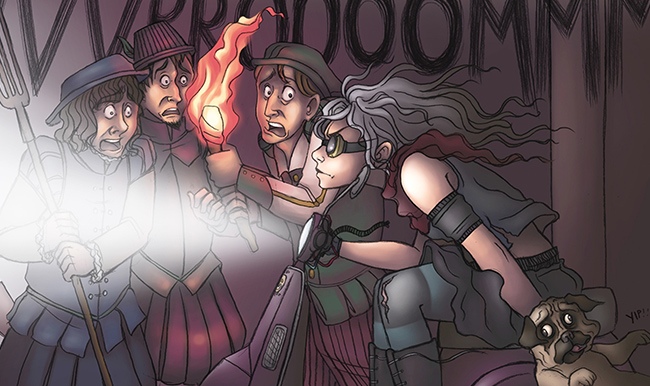 The Heart of Time follows the misadventures of a bad-tempered teenager and her pug as they crash through time, ruining history, the space-time continuum and the sanity of peaceful Tudor villagers.

Amelia steals her father’s time machine (a modified scooter) with no idea of how to control it, and, together with her pet pug Gertrude, crashes through time trying to find her way home. Along the way, she interrupts Arthur, a Victorian gentleman, just as he is about to propose to the love of his life. His proposal ruined, he hitches a ride on Amelia’s bike to escape his girlfriend’s deranged father.

After a crash landing, he wakes up in 2006 to find the teenager disappeared, a severely confused pug on his lap and pieces of scooter everywhere…

The Heart of Time is an anarchic adventure, inspired by long-running series such as Avatar: TLA and Samurai Champloo. Written and illustrated by Sarah Millman, the comic has been published online as a webcomic since 2012 (read it here) and has been sold in single issue format at events such as Thought Bubble and London MCM. Chapters 1 to 3 are already complete, while 4 will be completed before the end of this campaign. 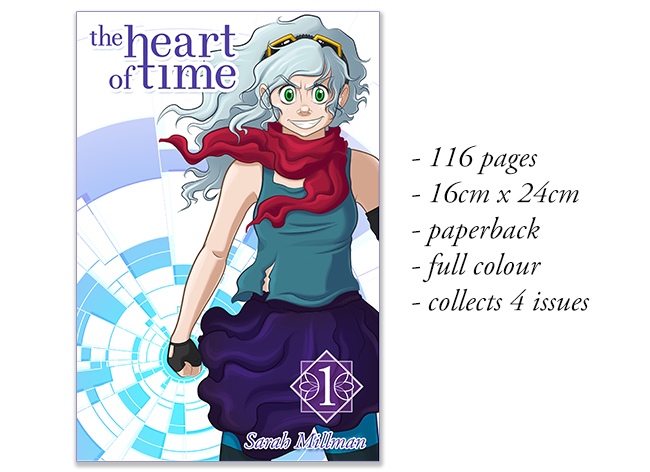