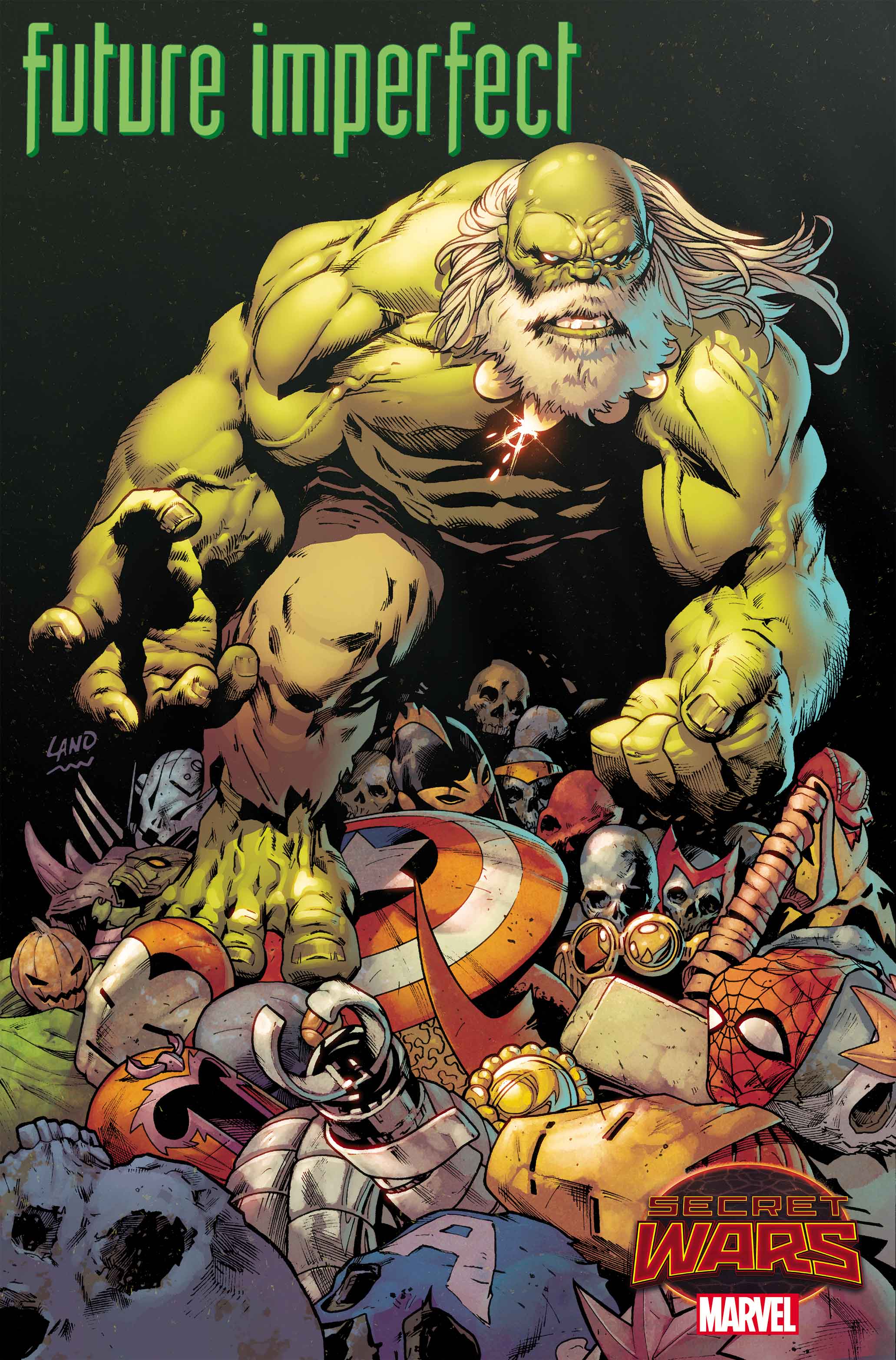 Can anyone stop the Maestro? That’s the question this June as the oppressive lord of Dystopia enters the Battleworld fray in FUTURE IMPERFECT #1! Writer Peter David returns to the nuclear-ravaged wastelands he made famous. And artist Greg Land joins him for an explosive all-new Secret Wars tale!

In the domain of Dystopia, the Hulk stands triumphant over the world’s heroes and villains. Now calling himself the Maestro and lording over all of Dystopia – his gamma-fisted tyranny knows no bounds! Yet the spark of rebellion still lives within these borders. A small, but fierce band of rebels still remains, willing give all in the name of freedom, even if it means their lives! Time to find out if Hulk really is the strongest one there is?

“It’s really fun to see the Maestro back and the dude is on his home turf so any challengers are going to have a distinct disadvantage when it comes to smash time,” says Series Editor Mark Paniccia. “Some characters from Peter David’s X-FACTOR are going toe-to-toe with Maestro but there’s a great battle coming up with an ever lovin’ surprise character that promises to give lovers of superhero fights a coast-to-coast grin!”

With their backs to the wall, Ruby Summers and the rebels will seek out anyone who can stand against Maestro’s power. How does Odin factor into their strategy? What character in Maestro’s weight class will face off with him? And will the members of X-Factor survive the first issue? Those answers and more lie in the bombastic, action-packed pages of FUTURE IMPERFECT #1 this June!