Oh-a-YES! After an extended run of more than four years in Chicago, Gorilla Tango Theatre’s hilarious romp through the Mario Bros. video games past and present, “Boobs and Goombas: A Super Mario Burlesque,” is coming to Los Angeles! The show will perform Fridays and Saturdays at 9pm & 10:30pm, April 10 – May 16, 2015, at THE COMPLEX (6476 Santa Monica Boulevard, Hollywood, California 90038). For tickets, visit www.gorillatango.com/mario or 773-598-4549. Tickets are $28; 18 and over only.

Mario and Luigi have become so perpetually frustrated by their endless pursuit of the Princess that everything they see has started to look like a beautiful, sexy woman– even their most dangerous enemies! This sexy burlesque romp is a send-up of the famous Mario Bros. video games. Join us to discover whether the world’s most adventurous plumbers will finally rescue the Princess and consummate years of amorous toil, or be seduced along the way by their alluring enemies. Don’t forget to bring a few “coins” (or dollars) for tips… If the cast collects enough coins along the way, the audience will unlock the alternate ending!!!

Media response has been overwhelmingly positive:

“RECOMMENDED: The striptease gimmick may draw audiences in, but the jokes and the comedic timing of the actresses keep them coming back.”
-New City Chicago

“DO NOT MISS: A late-night delight… a smart, funny deconstruction of the whole Mario Bros. franchise, plus dancing girls.”
-Chicago Stage Review

“This is a show any gamer or non gamer (ladies and gents) would not want to miss.”
-Female Gamers Alliance

“See this production as if your life depended on it.”
-Gamerfront

Super Mario Bros. was released in Japan on September 13 1985 and went onto sell over 40 million copies. The plumber has gone on to star in numerous critically acclaimed platformers and his Super Mario Bros. series is still the most popular of all time with 240 million units sold globally. The Mario character has appeared in more than 200 video games, and now, one burlesque show.

“Boobs and Goombas: A Super Mario Burlesque” was originally produced at Gorilla Tango Theatre in October 2010, and features a mix of classic burlesque “gimmicks” and beloved Mario “bad guys.” Written and directed by MsPixy, a Chicago ecdysiast and burlesque hostess, she is a founding member of The Belmont Burlesque Revue. MsPixy is known affectionately to her fellow Belmont Bombshells as “The Funny One.” In her secret “real” life, MsPixy holds a degree in Directing, a minor in Dance, and is an improvisor and sketchwriter with training from Second City and ComedySportz. 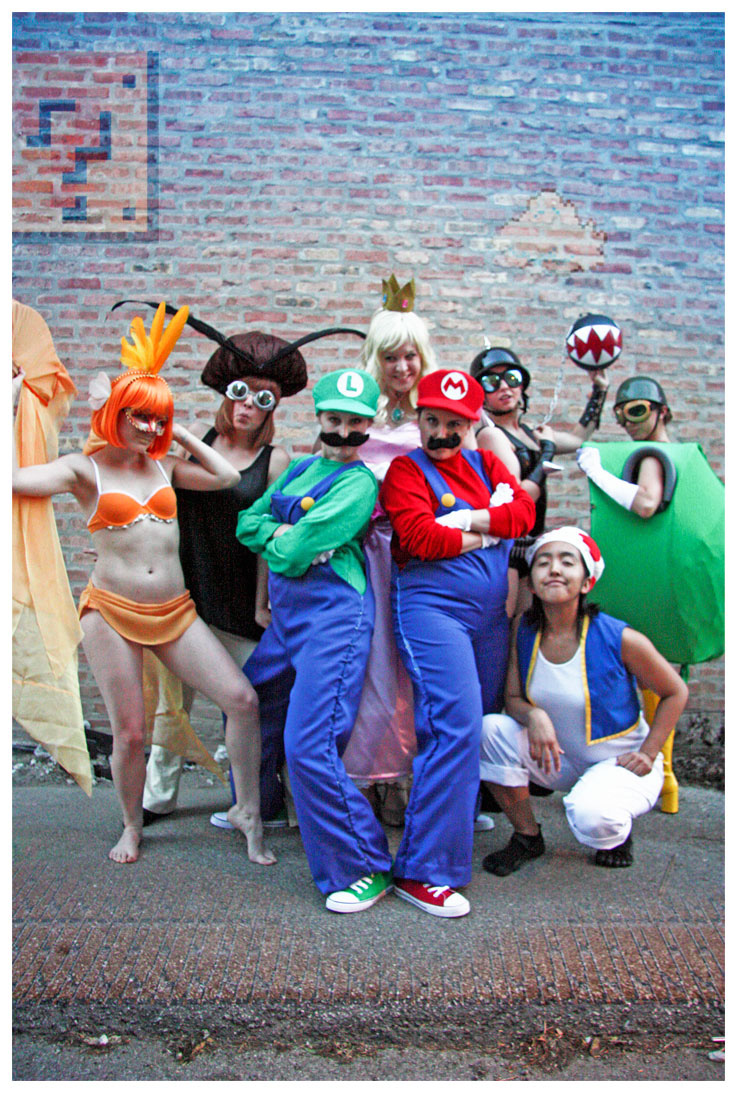 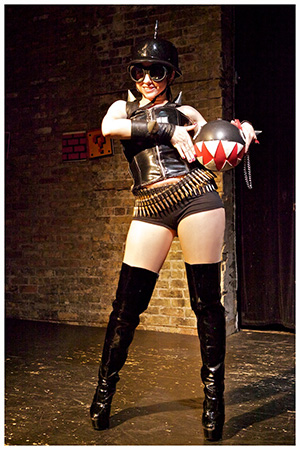 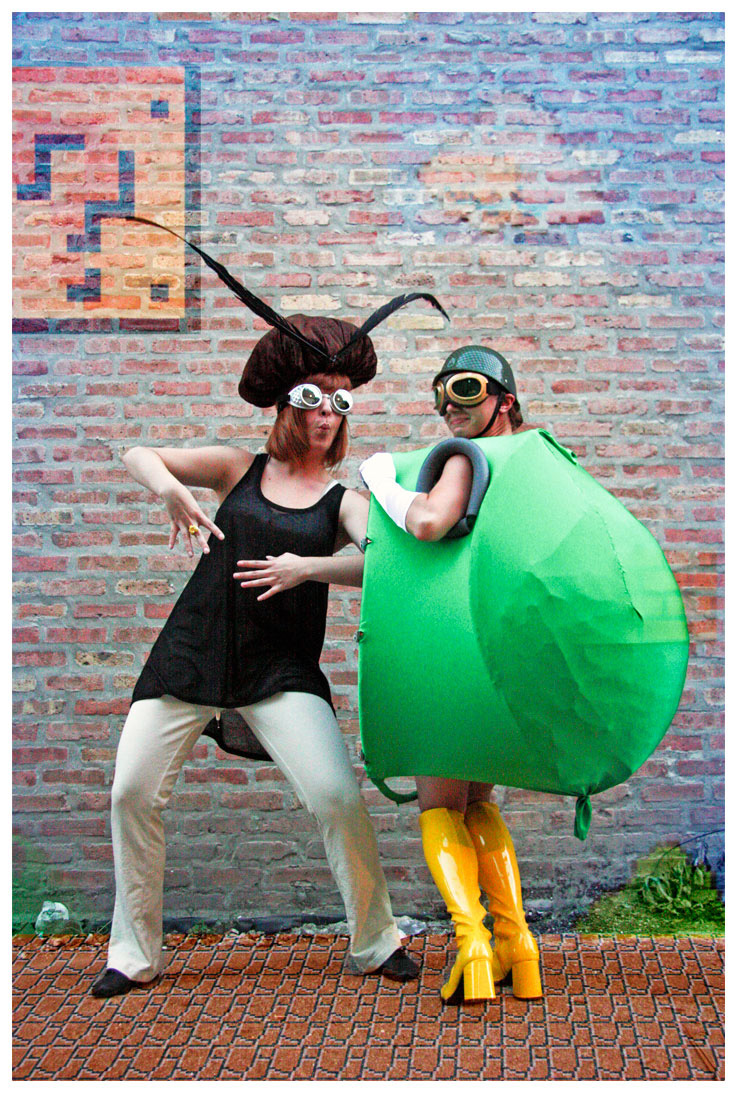 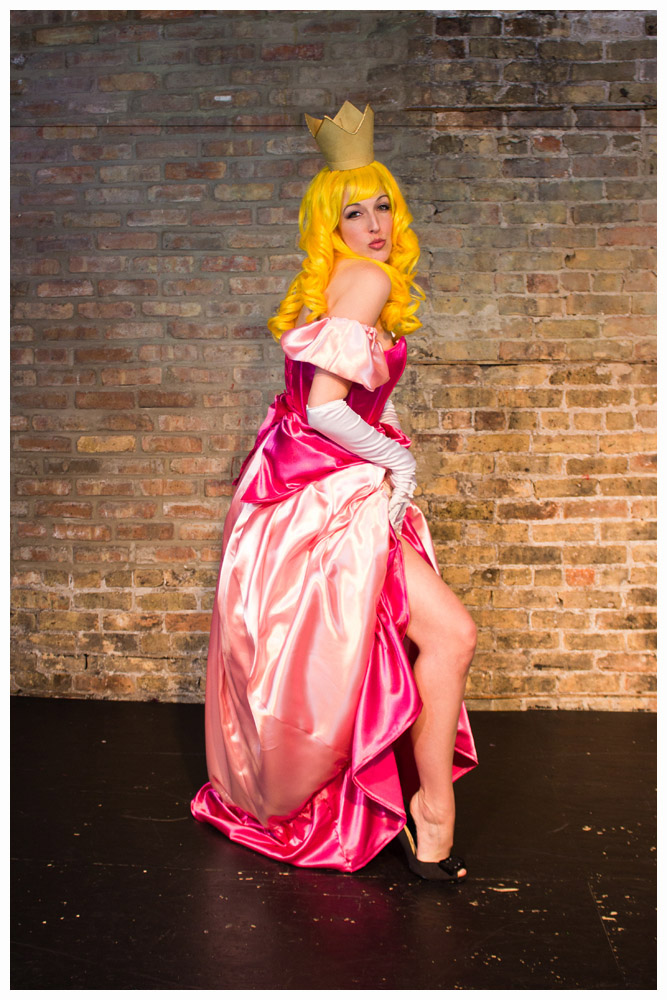 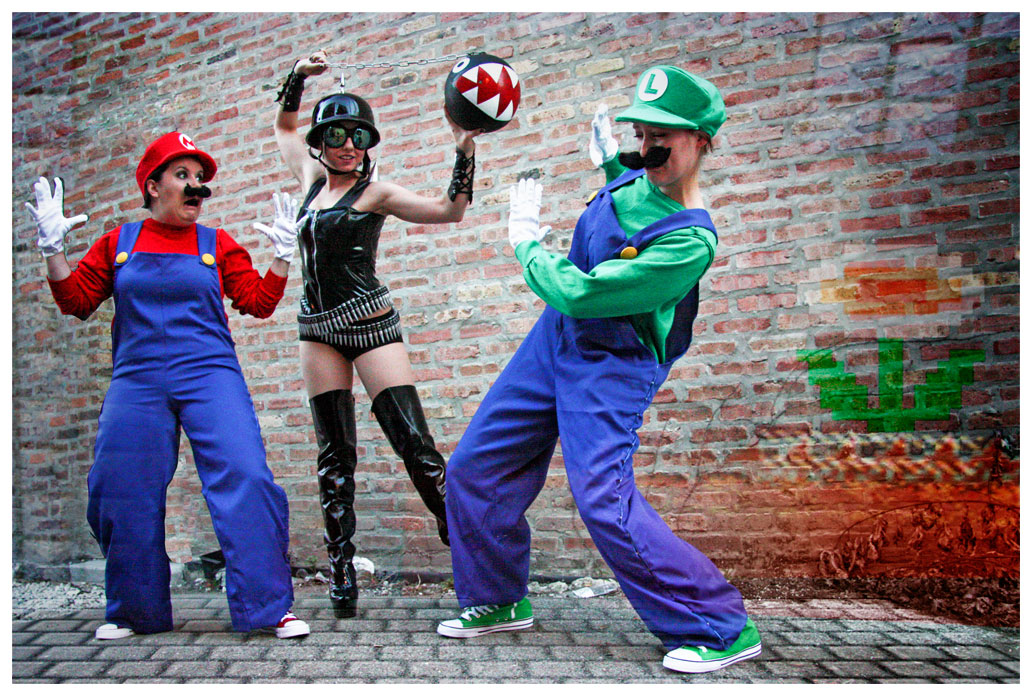