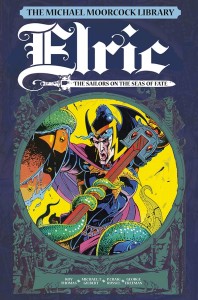 The Michael Moorcock Library, volume 2- Elric and the Sailors on the Seas of Fate (Titan Comics)
Collecting the second volume of the classic comic adaptation of Michael Moorcock’s bestselling fantasy saga, The Sailor on The Seas of Fate chronicles Elric’s adventures across a supernatural sea where the lines between time and reality blur, Eternal Champions abound, and otherworldly foes threaten very fabric of the universe!
——–

Anyone who grew up reading fantasy probably didn’t start reading Elric of Melnibone’. Michael Moorcock’s imagining of the Eternal Champion went a little dark for some. But, if you were an angsty teenager thirsting for a story doomed to a depressing end, these were the books for you. The adventures of Elric and his black bladed sword, Stormbringer, were fodder for young minds that thought they were deeper than average. Turns out it was just the hormones talking.

But I went back and read some of Moorcock’s work again, paying more attention to the introspective and brooding lord of Melnibone’. I have to say that there was a lot going on in there that had more going on that anything recounting the adventures of Gor. It’s a shame that later generations can’t experience Moorcock’s work, as his books are generally lost in the shuffle of Rowling, Meyer, and with a string of highly successful Hollywood productions, Tolkien.

And along comes Titan Comics, bless their hearts. These high quality productions of dark fantasy classics are just what the doctor ordered, and they deserve a look. 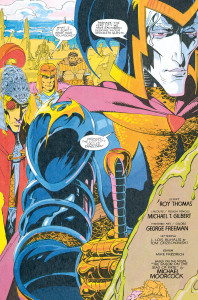 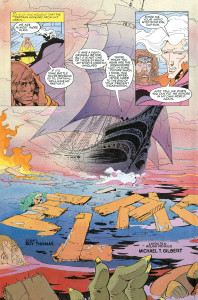 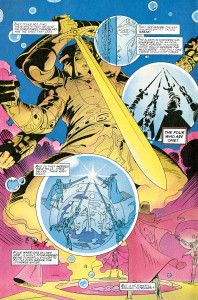 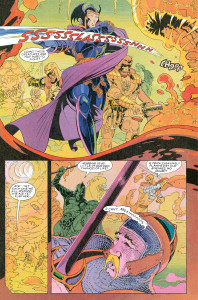