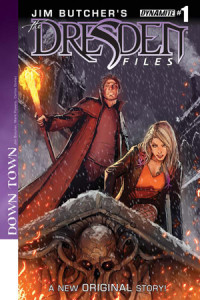 Jim Butcher’s Dresden Files- Down Town #1 (of 6)
Another all-original story tale of the Dresden Files! Months after the events depicted in Jim Butcher’s New York Times bestselling White Night, the War between the Red Court and White Council rages on. But vampires are far from the only supernatural threat Chicago’s only wizard for hire must stand against. Someone has unleashed an entity unlike any Harry has yet encountered – and it has begun targeting the innocent, seemingly indiscriminately. Along with his apprentice, Molly Carpenter, Harry must uncover the truth behind this new predator… no matter how far into darkness he must descend.

I’m a little late with this one, as it isn’t really “previewing” when the comic’s been out for about a week… But I couldn’t totally let it go. I’m a fanboy, pure and simple, and I think I’d read the phone book from cover to cover if I found out that Jim Butcher was in any way involved.

So it’s with joy and triumphant sounds that in no way sound like the giggles of a school boy who’s kissed a girl (and I liked it) for the first time. Dynamite has produced several solid entries into the DresdenVerse, and this looks to be one more notch on the belt.

First and foremost, if you don’t know what I’m talking about, or who Harry Dresden is, please read no farther. Go immediately to the nearest Barnes and Noble and pick up Storm Front. And then, because you’re reading articles on the Pullbox, I’m going to give you the benefit of the doubt and say that your reading preferences run in a certain direction… so go ahead and pick up Fool Moon and Grave Peril while you’re at it, and save yourself the trip.

You back? You read the books? Cool, now we can move on. Down Town is a murder mystery, as are most of “the only openly practicing professional wizard in the country” Harry Dresden’s misadventures. He’s no Gandalf. Or Elminster. His robe is actually a warm and comfy bathrobe that he wears when it gets chilly. His adviser is a skull inhabited by a spirit of intellect named Bob, who has an encyclopedic knowledge of all things paranormal and a predilection for pornography.

In the newest misadventure, Harry is called to help the Chicago P.D. on a murder. A grisly and horrific murder, with a strange resin-like substance his only clue. On top of that, Harry is visited by “Gentleman Johnny” Marcone, Chicago’s resident crime lord, and newly signed Duke under the Unseelie Accords. Marcone wants Harry to stay out of business that isn’t his… which if you’ve read the books at all, is the one sure fire way to get Harry deeply and resolutely involved.

It almost feels like cheating, putting out a review of a book series you’re already a fan of, but I couldn’t stay away. If it makes you feel any better, I pestered my wife until she gave in read them too… and now she’s as big a fan of the books as I am. 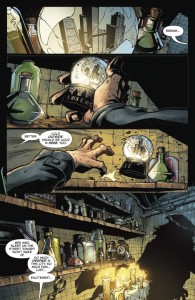 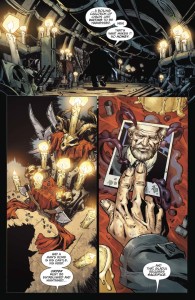 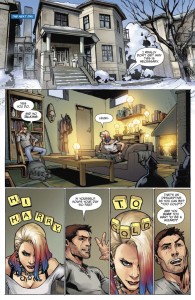