Archaia, an award-winning imprint of publisher BOOM! Studios, is pleased to announce the January debut of the new limited series Feathers. Following in the footsteps of Archaia titles Rust, Iron: Or, the War After, and The Reason for Dragons, creator Jorge Corona’s(Goners) first original work is an an all-ages adventure that dives into the darkness and beauty of life. Fans of Avatar: Legend of Korra and Amulet will fall in love with Poe, the boy covered in feathers.

“Archaia is home to beautiful graphic novels that often break the mold for comics, and we’re approaching our single issues with that same sensibility,” said BOOM! Studios Editor-in-Chief Matt Gagnon. “Feathers is a heartfelt story from a tremendously talented creator. Expect to see Jorge emerge as an exciting new voice in the comics community in 2015.”

Poe has always been different. Born covered in feathers, he’s watched the strange slums of the Maze from rooftops, lending a helping hand in secret and earning the title of “ghost of the Maze.” When Bianca, a feisty girl from inside the walled city, gets lost in the Maze, Poe finds himself making his very first friend. Together they’ll have to dodge street gangs and child-snatchers as they try to get Bianca home, and perhaps together will learn the secrets to his mysterious past.

Feathers#1 arrives in comic shops from Archaia on January 7th with a cover price of $3.99 under Diamond order code NOV141106. The main cover is illustrated by series creator Jorge Corona, with an incentive cover by Ken Niimura (I Kill Giants) and a 10 Years Anniversary incentive cover by Ramón K. Pérez (Jim Henson’s Tale of Sand, The Amazing Spider-Man). The Final Order Cutoff deadline for retailers is December 8th. Not sure where to find your nearest comic retailer? Use comicshoplocator.com or findacomicshop.com to find one! It’s also available for order directly fromboom-studios.com. 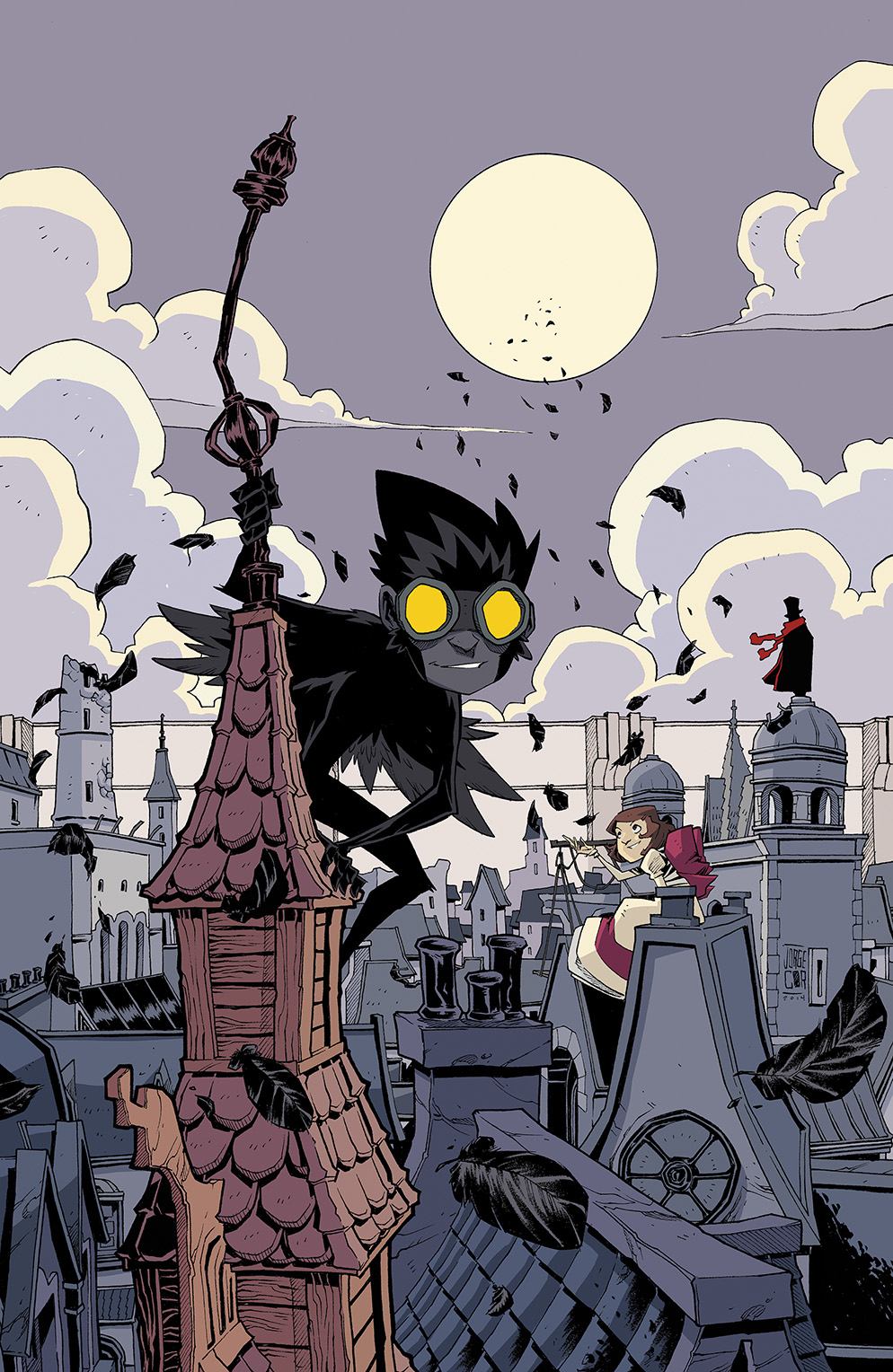 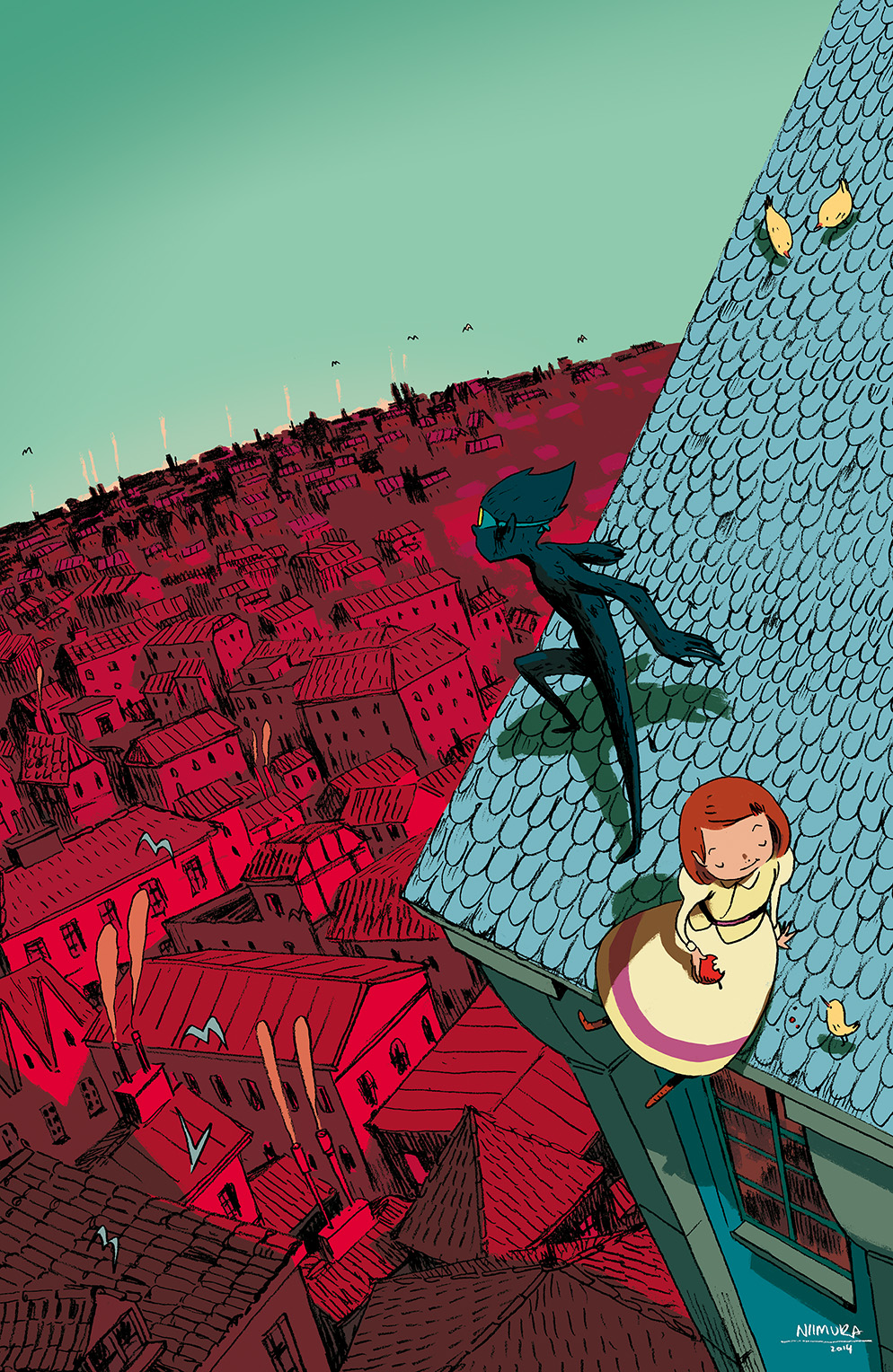