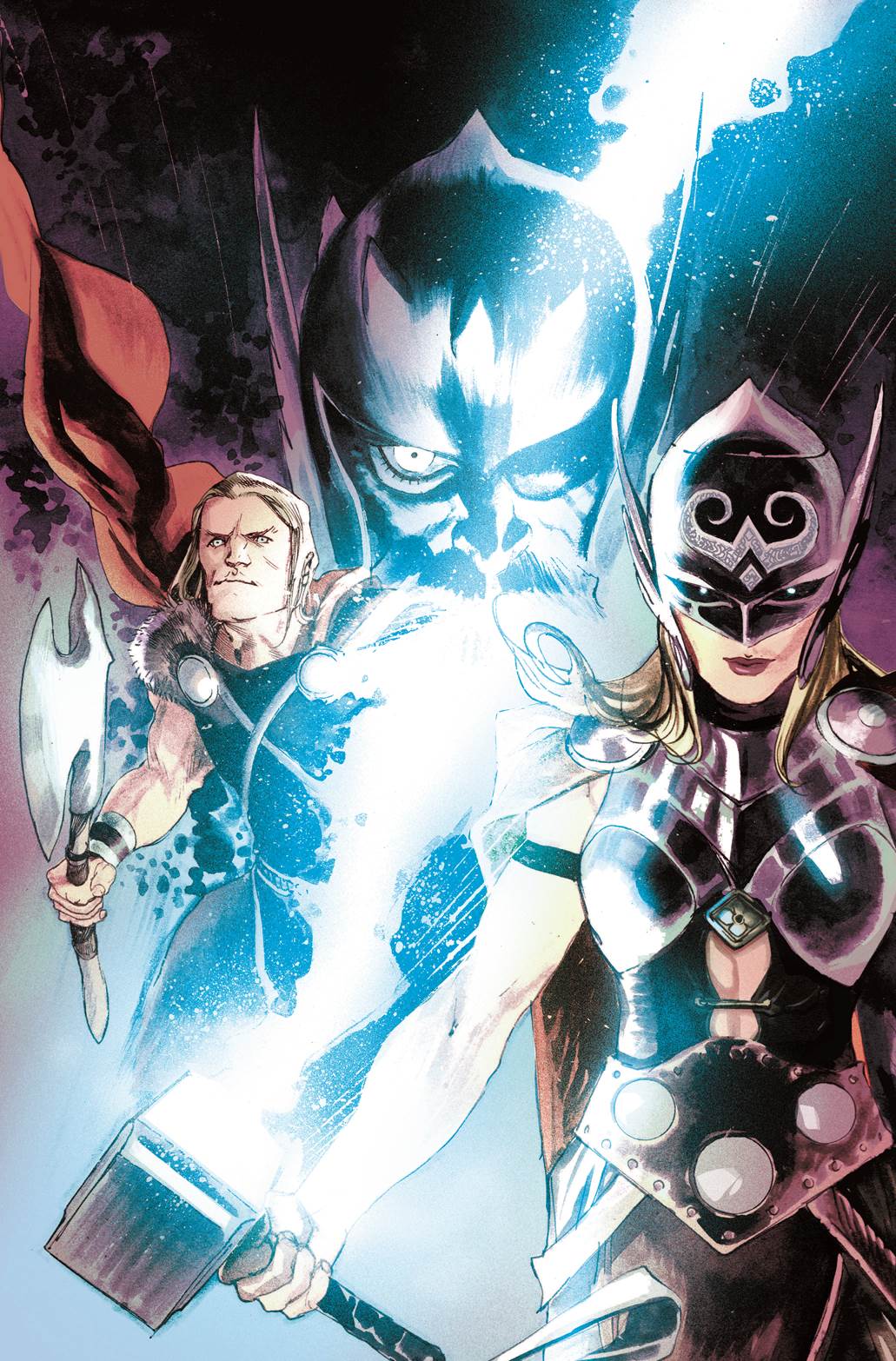 First, wrestling superstar CM Punk makes his comic writing debut alongside artist Rob Guillory for a tale of the brash, boisterous young Thor and his genius idea to prove himself worthy to wield the mighty hammer Mjolnir – by drinking all of Asgard and Midgard under the table!

“The idea was, let’s do a story about young Thor as this kind of brash bratty teenager who’s like, ‘I’m totally worthy of this hammer’,” said CM Punk in an interview with Marvel.com. “’I don’t know why I’m not worthy of the hammer. Look at all this cool stuff I did.”

Then, rising comic stars Noelle Stevenson and Marguerite Sauvage make their Marvel debuts to bring you an all-new tale of the new Thor! Who is the mysterious woman behind the mask? No one in all Ten Realms knows her secret!

“It’s a fun challenge both as a fan of the classic character, but also to be working with a new character who readers haven’t seen much of yet,” says Stevenson, speaking with Marvel.com “I have the old mythology to work with, but I can also help contribute a little bit of new mythology as well!”

Finally, blockbuster Thor writer Jason Aaron and fan-favorite artist Timothy Truman bring you an all-new tale set in the future starring King Thor! Join the Girls of Thunder on their epic quest to find their grandfather the perfect birthday present. How about a brand new Garden of Eden?

Three creative teams. Three Thors. One explosive annual. No fan can afford to miss the explosive THOR ANNUAL #1 – on sale this February!