The Teenage Mutant Ninja Turtles have faced down everything from demons to aliens, but starting in February 2014, a new team of mutated animals will take center stage as they face off against an even greater threat! Appearing in the monthly Teenage Mutant Ninja Turtles series, the Mutanimals have been questionable allies, and now all of their secrets will be revealed in the 4-issue miniseries TMNT: Mutanimals! 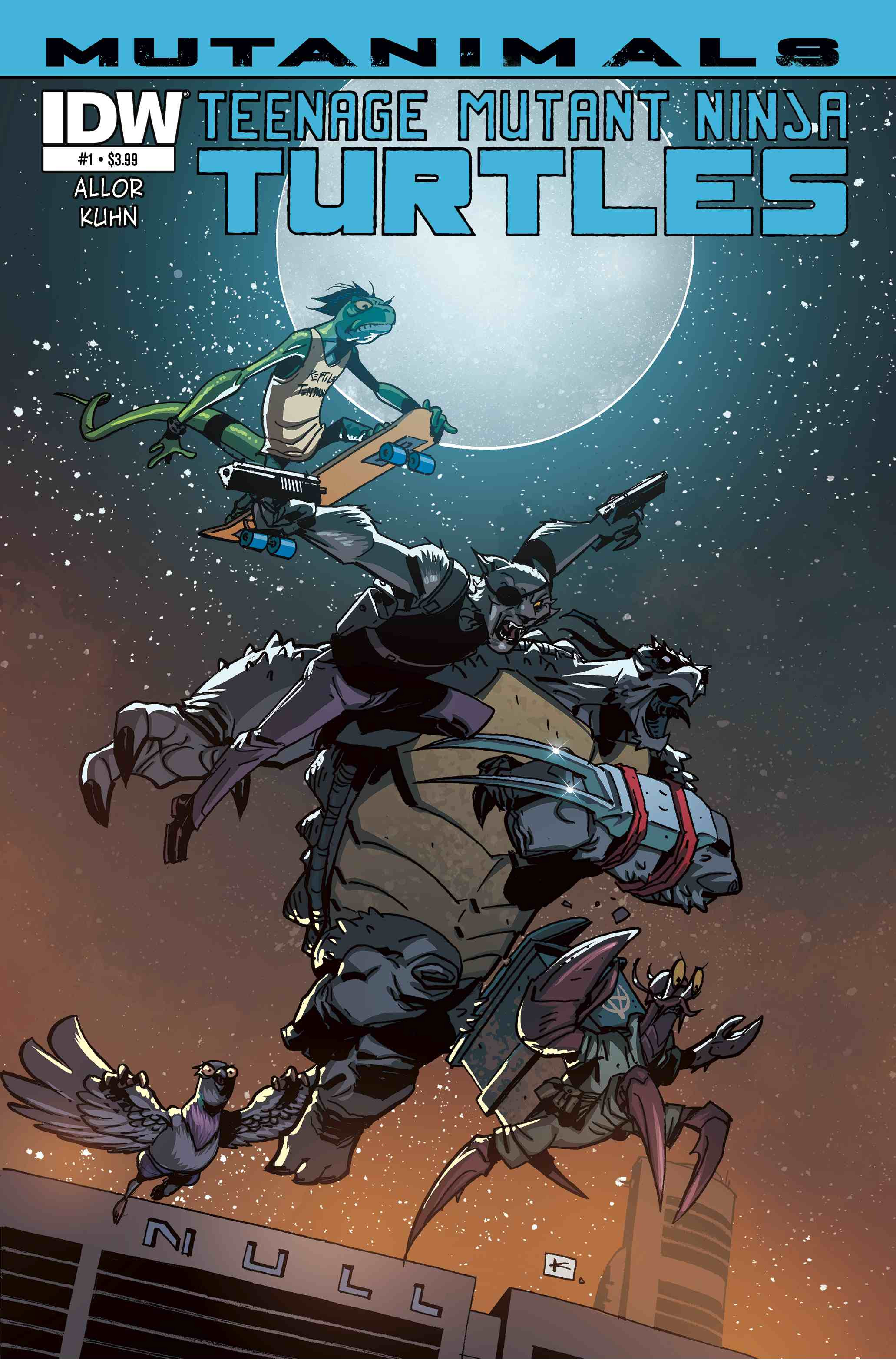 When someone close to the Mutanimals goes missing, the team consisting of Old Hob, Slash, Mondo Gecko, Herman the Hermit Crab, and Pigeon Pete will be put to the ultimate test. Teamwork doesn’t exactly come easy to these outsiders, but they’ll have to find a way to work together to take on a mysterious new entity known as The Null Group… With a number of TMNT Micro-Series one-shots, and both The Utrom Empire and Turtles In Time miniseries already under his belt, Paul Allor will again handle the scripting on this series. Returning to the world of theTeenage Mutant Ninja Turtles will be artist Andy Kuhn, who created the new IDW design for Mutanimals leader Slash and will handle covers and interiors, with Ben Bates providing a variant cover to the first issue. “IDW and all the creators involved have done an amazing job introducing the Mutanimals into this universe,” said Allor. “It’s very exciting to see them get their own mini-series, and an absolute honor to be the guy writing it, especially since it means working again with artist Andy Kuhn. Every TMNT tie-in and mini has offered the readers something new and awesome, and we hope to continue that streak on TMNT: Mutanimals.” “I’m super-stoked to be a part of the team that’s bringing The Mutanimals back,” said Kuhn. “This year my Christmas is four months long!” The Teenage Mutant Ninja Turtles series at IDW has garnered consistent acclaim for its exciting new takes on many aspects of the legendary TMNT universe. The Mutanimals starred in their own comic book series in the early ‘90s, and now they’re returning to action in this new adventure that ties in directly with the ongoing series! Don’t miss out on the series that’s sure to have Turtles’ fans old and new clamoring for more! Pre-order with Diamond Code DEC140484