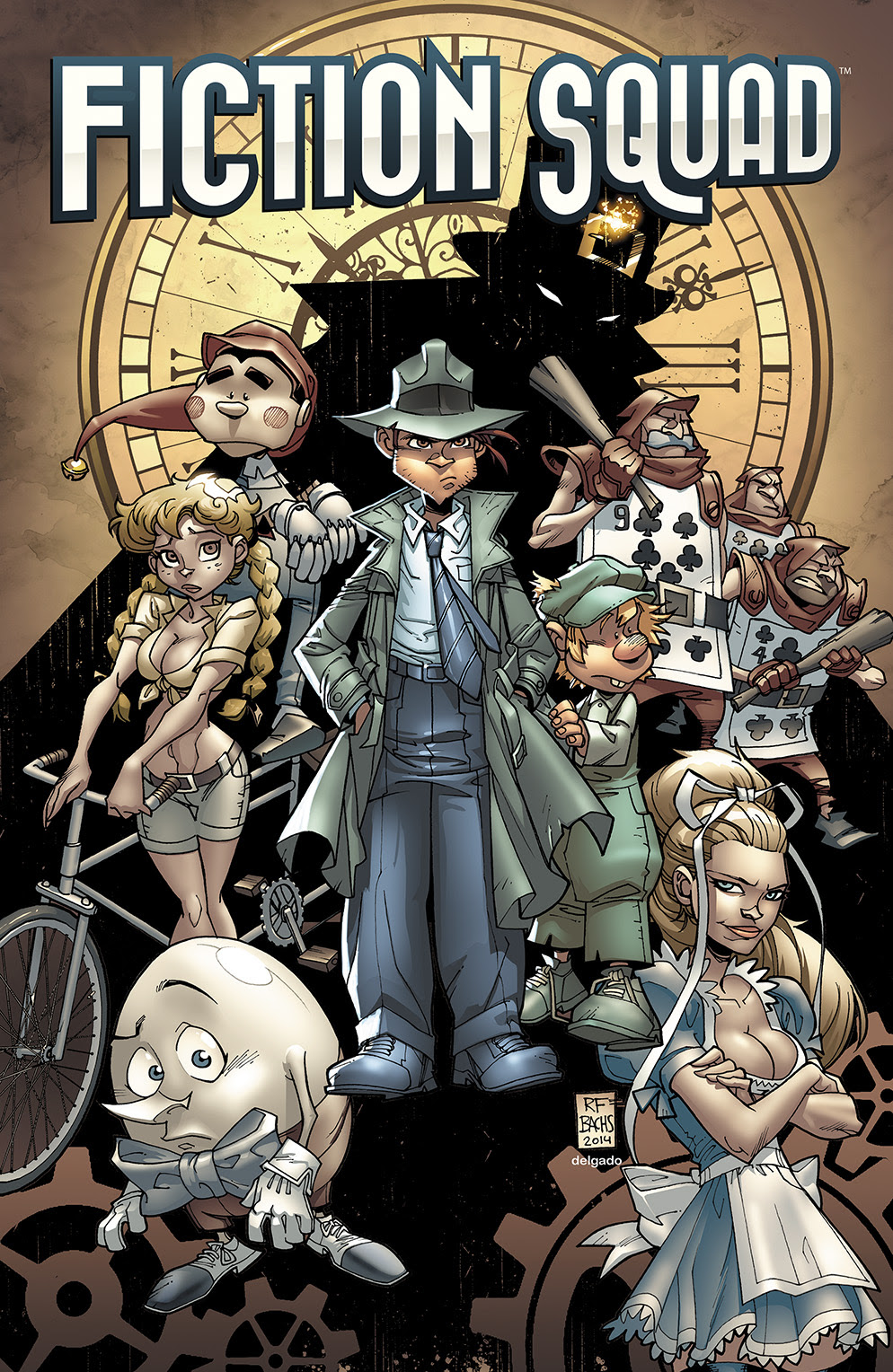 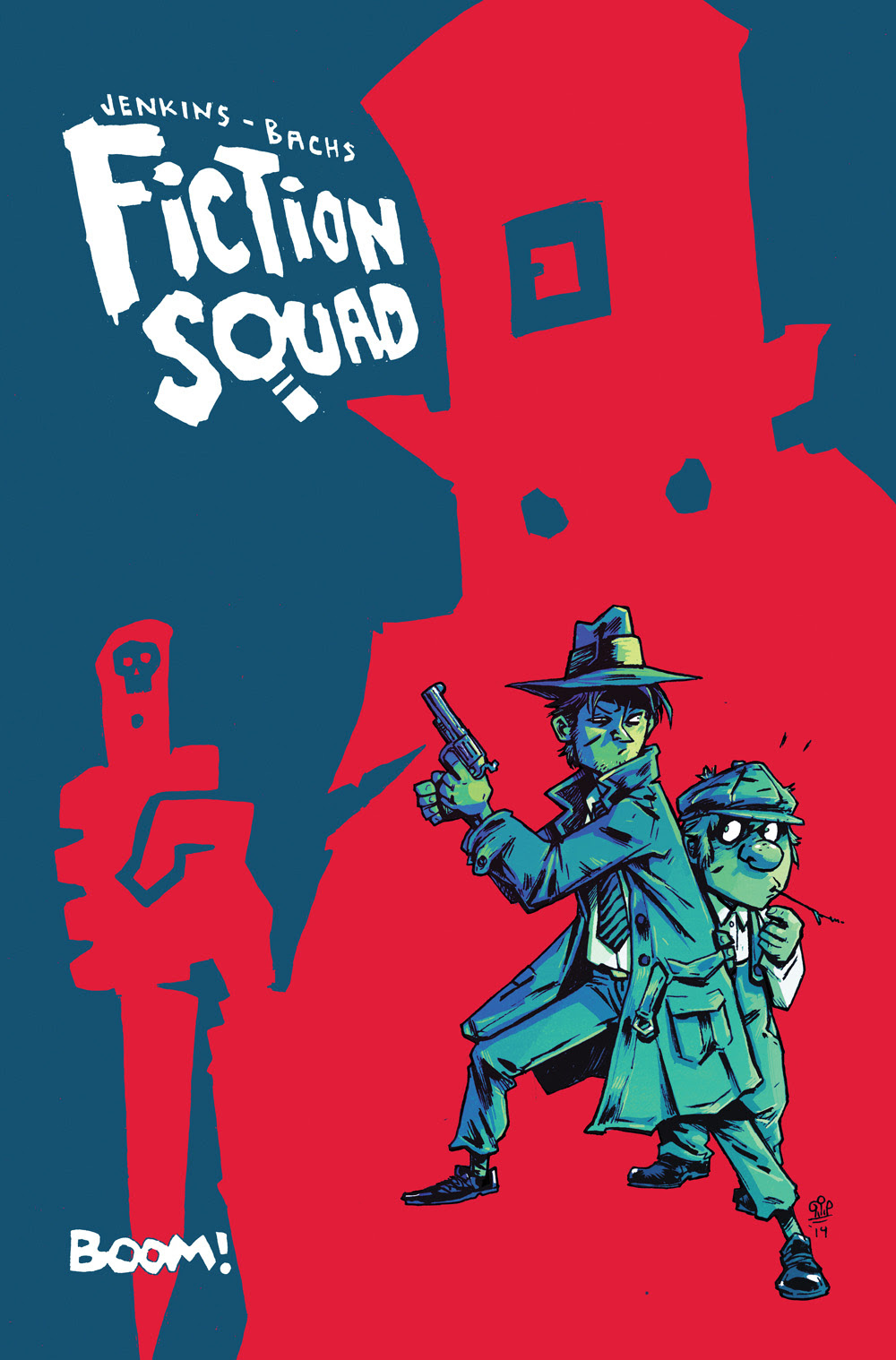 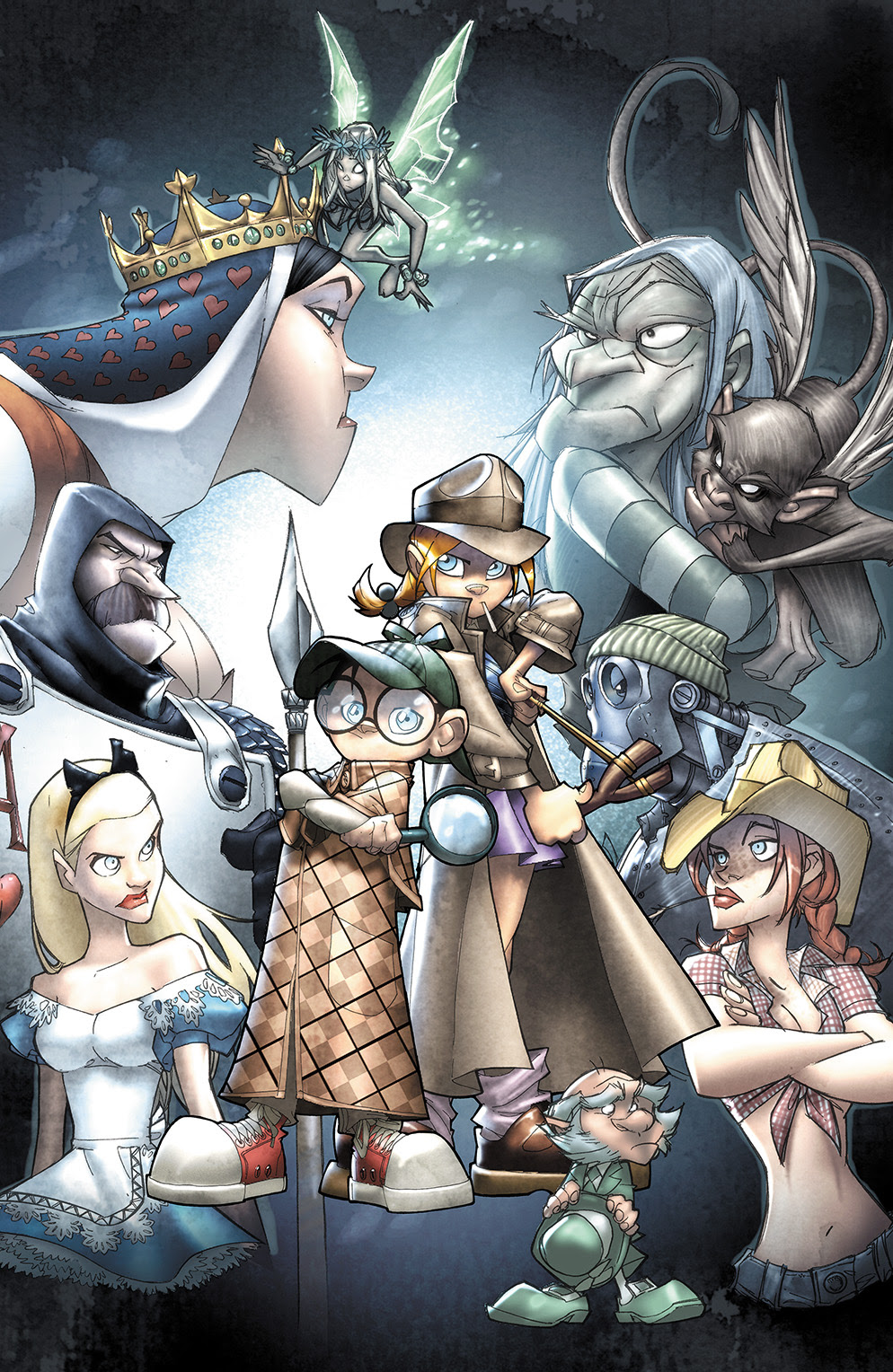 Who would have guessed that Humpty Dumpty was actually a classic whodunit? Award-winning publisher BOOM! Studios is pleased to announce the October debut of Fiction Squad, a high-stakes detective story set in the mythical land of Fablewood from Paul Jenkins (Fairy Quest) and Ramon Bachs (Marvel’s Civil War: Front Line). The publisher picked up Jenkins’ previous stories set in Fablewood with Fairy Quest: Outlaws and Fairy Quest: Outcasts, and following the successful funding of Jenkins’ Kickstarter campaign for Fiction Squad, the publisher has picked up this series as well. Fans of Fables and Once Upon a Time will enjoy these nursery rhymes gone wrong.

“Fairy Quest was just the beginning now that the wild world of Fablewood continues to expand with Fiction Squad,” said BOOM! Studios Editor-in-Chief Matt Gagnon. “There are brand-new characters introduced to this world in a classic mystery story that has a great twist. Fiction Squad exists thanks to thousands of co-publishers who supported Paul’s Kickstarter campaign, and we’re very excited to be a part of it.”

Fablewood is a pretty dangerous place, but no area is more dangerous than the City of Rimes, deep in the heart of the Children’s Realm. After transferring in from the Realm of Mystery, a failed detective from an unfinished prose novel, Frankie Mack, is about to uncover a conspiracy that could unmake storytelling itself. After Humpty Dumpty is pushed to crack and Jack (of Jack and Jill) goes AWOL, Frankie and his partner, Simple Simon, are put on the case.

Fiction Squad #1 arrives in comic shops on October 1st with a cover price of $3.99 under Diamond Order Code AUG141153. The first issue ships with a main cover by series artist Ramon Bachs and two incentive covers, one by Michael Dialynas (The Woods) and the other by Humberto Ramos (Fairy Quest). Not sure where to find your nearest comic retailer? Use comicshoplocator.com or findacomicshop.com to find one! It’s also available for order directly from boom-studios.com.