In the epic conclusion of Gorilla Tango Burlesque’s (GTB) sexy Star Wars parody saga, the risque Rebel Alliance confronts the evil Galactic Empire for once and all. Keep calm and yub nub on as we gather to celebrate those brave souls who led the Rebellion to victory: The Mighty Ewoks!

The conclusion to its parody burlesque trilogy of all things Lucas, GTB is proud to present “Boobs on Endor: A Return of the Jedi Burlesque.” Releasing its first ever burlesque trilogy, this silly, sexy, George-Lucas-approved** romp performs Saturdays at 10:30pm, as of September 20, 2014 at Gorilla Tango Theatre Bucktown (1919 N. Milwaukee Avenue, Chicago IL 60647). Tickets are $22-28; 18 and over only. Advance purchase recommended: www.gorillatango.com/endor or 773-598-4549.

“Boobs on Endor” Director and local ecdysiast Nicole Keating explains, “We took what we love about Return of the Jedi and mashed it up with what we love about burlesque. That means fast-paced action, self-important Ewoks, and good versus evil – all delivered with a wink and a smile and a burst of glitter!”

“Boobs on Endor: A Return of the Jedi Burlesque” is choreographed by GTB Managing Director, Kaitlin Fleharty. Says Fleharty, “It’s been a blast choreographing – we’ve got a Ribbon-saber dance/fight, a 1920’s style Twi’lek solo, and, of course, lots of Ewok shimmies. This show will definitely entice you to the ‘burlesque side’ of the Force.”

MORE ABOUT NICOLE KEATING, DIRECTOR
A Chicago-based writer, director, and performer, Keating creates imaginative, poignant, and hilarious stories in heightened realities. She hopes to one day be Joss Whedon. But, like, a tiny lady Joss Whedon. Plus glitter.

MORE ABOUT KAITLIN FLEHARTY, CHOREOGRAPHER
Since joining Gorilla Tango Burlesque in May 2011, Kaitlin has performed in over 300 shows with GTB and has been their Managing Director since 2013. She also directed and co-choreographed ‘Holy Bouncing Boobies! A Batman Burlesque’ which has been running with GTB for over two years. This show also introduced her to her now-fiance, playwright Jeremy M Eden, and just goes to prove that GTB is changing people’s lives, one romance at a time.

MORE ABOUT AUTHOR, ANDREW DAAR
Andrew Daar studied sketch comedy writing and stage production at The Second City Training Center. Following his graduation, he co-founded Whiskey Wry Productions, a Chicago-based sketch comedy writing and production company. Whiskey Wry has written and produced two hit shows that have been staged at Gorilla Tango Theatre, and is currently planning its next show, to debut at the end of 2014. Andrew is currently living in Los Angeles, California. 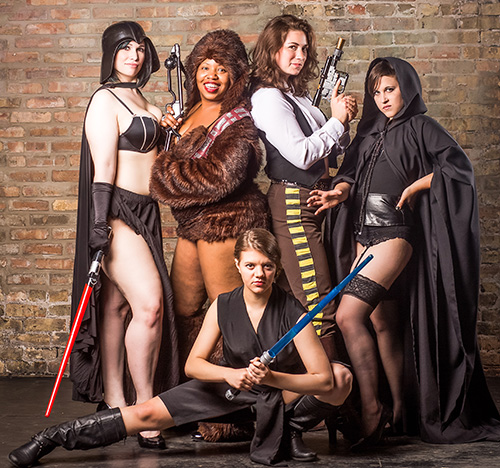 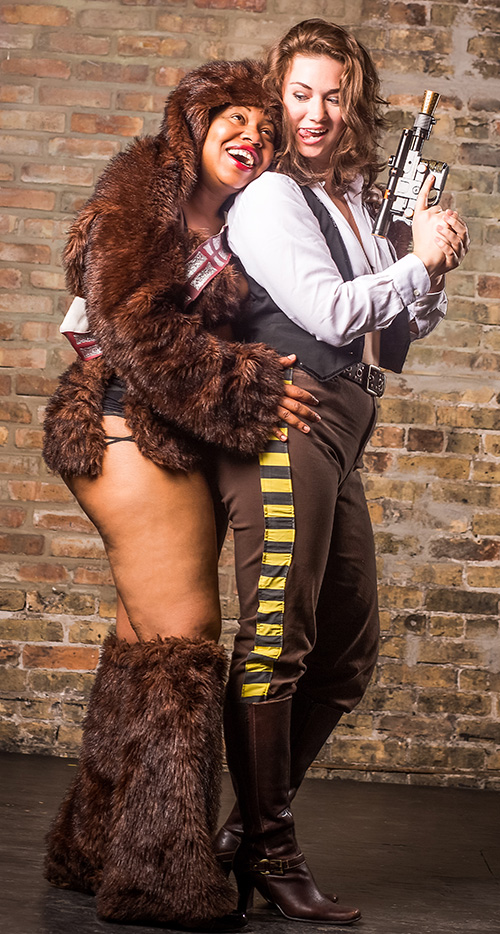 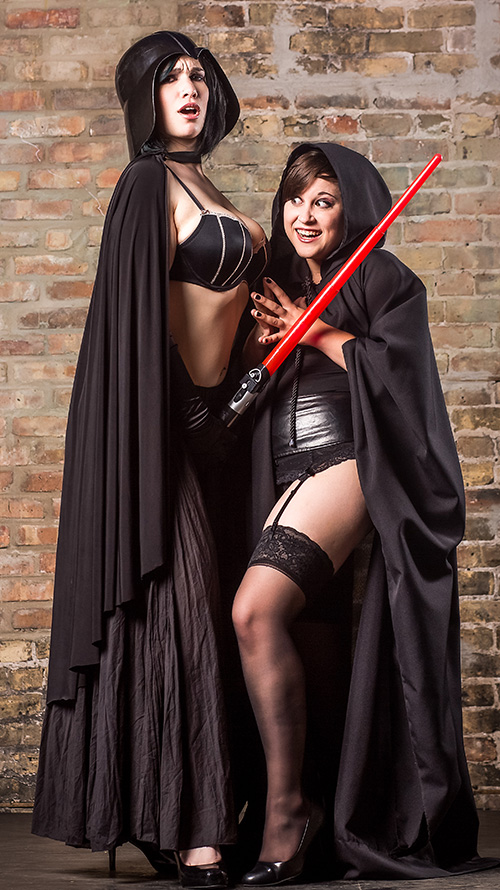