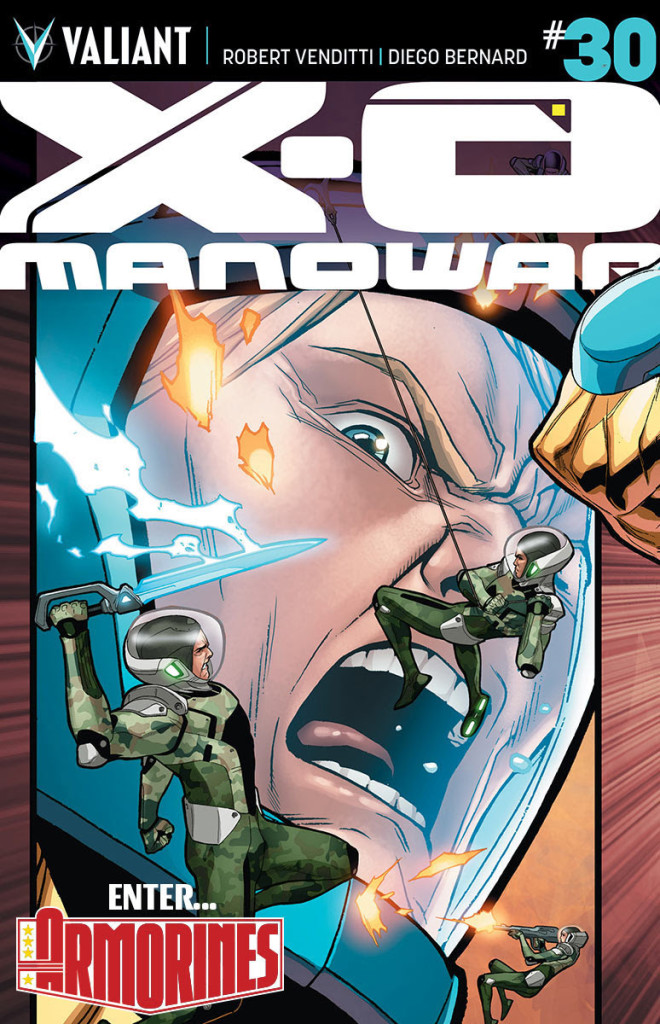 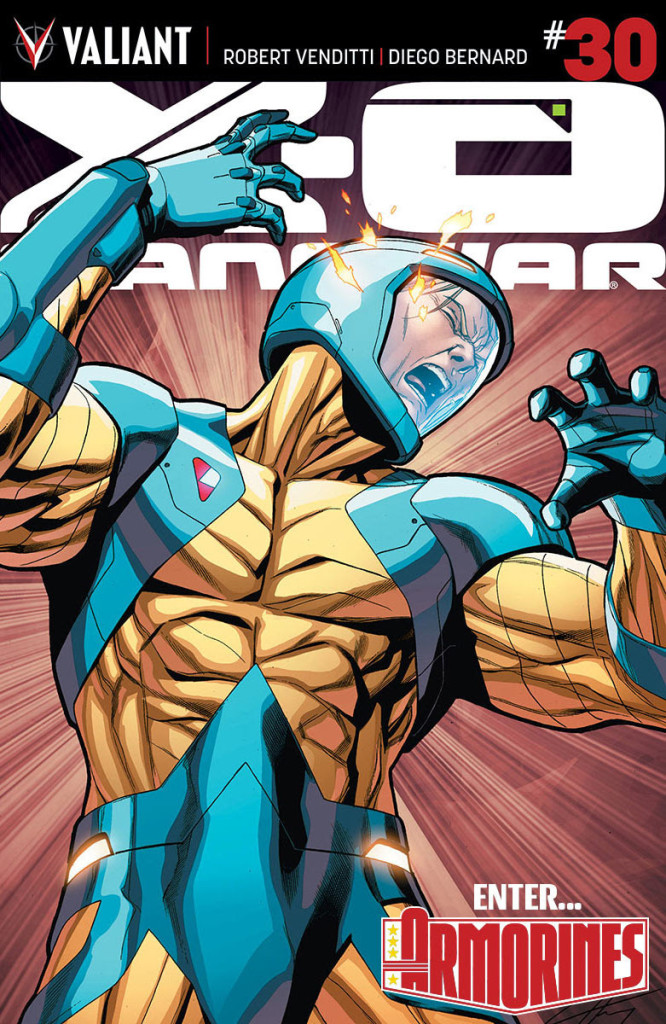 He survived NINJAK… He survived UNITY… But can X-O Manowar survive his first encounter with the all-new ARMORINES?This November, Valiant proudly presents “ENTER: ARMORINES” – a new three-part story arc beginning in X-O MANOWAR #30 by New York Times best-selling writer Robert Venditti (ARMOR HUNTERS,The Flash) and red-hot rising star Diego Bernard (Red Lanterns)!Start reading here with an all-new jumping-on point for the series that IGN calls “fantastic, action-packed storytelling that never fails to satisfy” as X-O Manowar fires the first shot in an all-or-nothing battle against a ruthless new fighting force – codename: ARMORINES – fixated on disarming the world’s most powerful weapon and eliminating Aric of Dacia once and for all.London was attacked… Moscow was attacked… Rome was attacked…and the world blames X-O Manowar! As an international firestorm pushes the world toward war, it’s come down to the bleeding-edge paramilitary unit known as the ARMORINES to neutralize the most powerful weapon in existence. The Manhattan Project started with a single atom – and, soon, the world will discover once again that biggest problems have small solutions! Enter: ARMORINES! “The Armorines will present challenges to [X-O Manowar] that he has not faced before, challenges we have not seen in the Valiant Universe yet,” writer Robert Venditti told Comic Book Resources. “It is going to be Earth-born, but it’s a lot of things he hasn’t faced, and in many ways, it’s Aric coming from where he comes from, dealing with things that are completely foreign to him. That’s the way you attack Aric — you don’t necessarily attack the armor, you attack the person inside it. What are his limitations?”After reliving the pulse-pounding origin of the man behind the armor in October’s X-O MANOWAR #0, return to the modern day and launch into X-O Manowar’s first high-octane showdown with the all-new, all-deadly ARMORINES! Featuring interlocking A and B standard covers by Valiant superstar Clayton Henry (HARBINGER WARS), the next epic evolution of Robert Venditti and Diego Bernard‘s acclaimed sci-fi superhero saga starts right here this November in X-O MANOWAR #30!