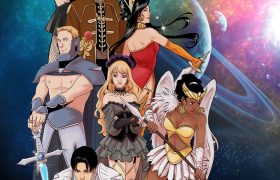 Monte Nero, writer Death Sentence (Titan) The X-Men (Marvel) The Hulk (Marvel) Frenemies (available now through Kickstarter!) With a Kickstarter campaign rolling to a close within the next few days, I had the chance to talk to comic writer Monty Nero about some things, in particular his new sci fi action outing titled Frenemies. I […] 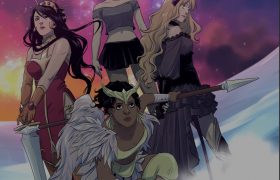 “Hello? Can you hear me? I hope so. The quantum frequencies are phasing wildly since the sun went supernova. I don’t know how long the seven of us can last or even how long left I’ve got to transmit …so I guess this is it. We’re trapped in an unseen universe folded within dark matter…and we need your help […]