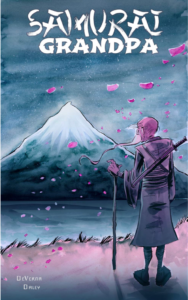 An old samurai sets out on one last adventure to rescue his kidnapped granddaughter from an old foe. Old Man Logan meets Samurai Jack.

(from the Kickstarter page…)

What is Samurai Grandpa?
An old samurai, a Norse princess, a final, epic quest, and . . . ninja monkeys? These are just a few of the things you’ll encounter while reading Samurai Grandpa.

A bit on how it all began:

My wife and I had been driving for a few hours, stuck in GWB traffic on our way to her parents’ lake-house in Pennsylvania. She looked over at me and said, “You look like a Samurai Grandpa right now.” I have no idea what I was doing or what I actually looked like to prompt her calling me that, but we both laughed and the seed of a story began to germinate. As we waited in the traffic, we chatted a bit about what a character like that would be like. This raw, unformed protagonist could be a lot of things, but we soon learned that ours was skilled, loving, wise, sometimes cranky, and he’d probably have a few secrets and regrets from his past, too.

Oh and he’s a samurai, so also he kicks serious ass.

Soon after, Shawn Daley came on as co-creator with some truly amazing and creative character designs, page layouts, and some of the most lovely color palettes ever to grace the pages of a comic book, to help bring this story to life.

Samurai Grandpa is filled with fantastical elements, magic, monsters, myth, lore–but at the core of it all, it’s a personal tale about a man at the end of his days, reflecting on the life he’s lived and coming to terms with who he is now.

Samurai Grandpa is a 100 page graphic novel created by Eastin DeVerna (Howl) and Shawn Daley (TerraQuill). This Kickstarter will print the book as a paperback unless we are able to raise enough to afford a hardcover. There will be bonus material in the back like Shawn’s process, pinups from other amazing comic artists, and more.

It’s going to be wild and tons of fun. We hope you’ll come along on the adventure!

So, What’s it all about?
Well, to start, it’s about a samurai, who’s also a grandpa. And this Samurai’s name just happens to be Ojichan, which means . . . “grandpa” in Japanese. 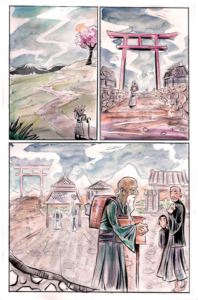 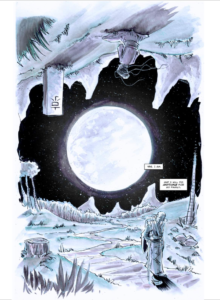 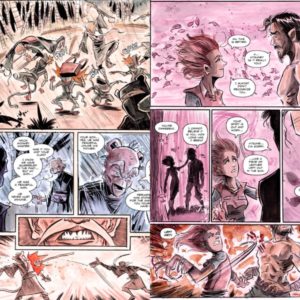 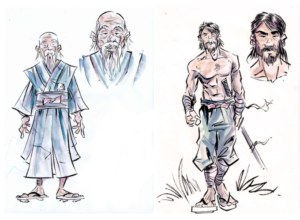 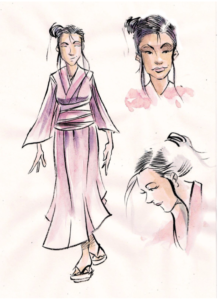 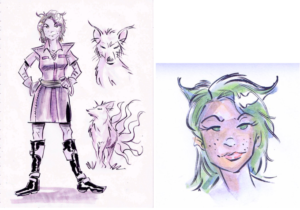 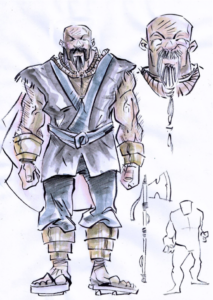