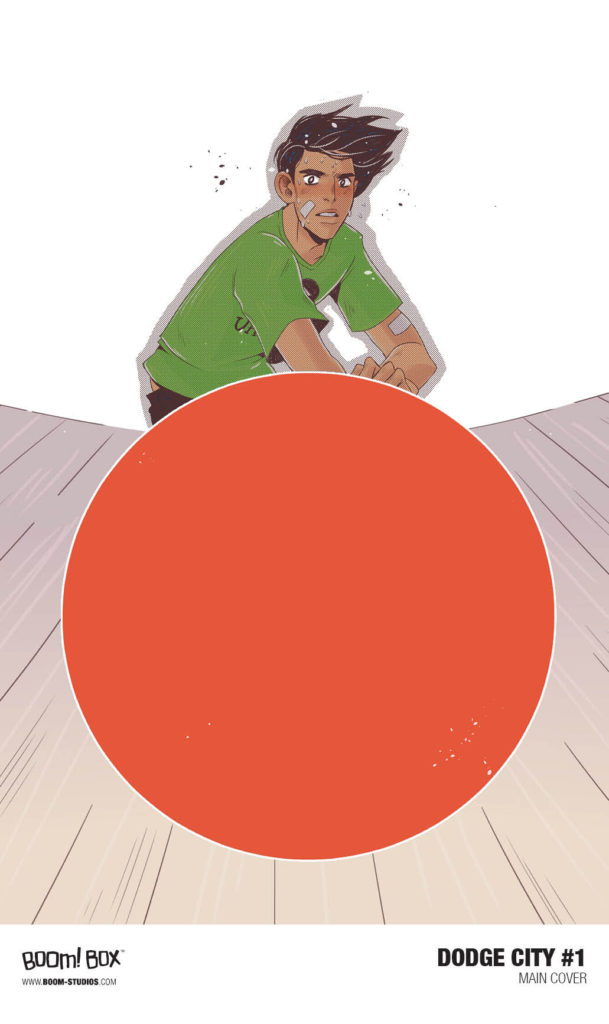 BOOM! Studios is psyched to announce DODGE CITY, a new sports comic/teen comedy series debuting March 2018 about the high-energy chaos, heightened drama, and exaggerated costumes of competitive dodgeball, and one team’s quest to make it all the way to the regional championships. Writer Josh Trujillo (Adventure Time) and illustrator Cara McGee (Over the Garden Wall) suit up to tell the story of the Jazz Pandas co-ed dodgeball team—the worst team in their league and made up of outcasts—and the efforts of their new captain, Tomás, who, despite being the youngest and least experienced member of the team, is really, really good at dodgeball.

“DODGE CITY is inspired by my years of playing dodgeball, along with the uncertainties of growing up,” said Trujillo. “Dodgeball, like being a teenager, is incredibly chaotic—the only way you can ‘win’ is by finding a community and working together.”

The characters in DODGE CITY and its genre drew McGee to the project almost immediately. “The cast is easily one of the most diverse I’ve seen in a story like this, and is an opportunity for me to get out of my own comfort zone with my art and character designs, which I’m very excited about,” said McGee. “Josh just has such a great way with making interesting characters dealing with realistic struggles, which I think is amazing. And as a big fan of sports anime and manga I’m super pumped to draw something in that genre.”

“Josh and Cara are two creators whose work I have admired deeply for a long time, and it’s such a pleasure to see them taking on the joyful intensity of competitive dodgeball and teenage FEELINGS together,” said Shannon Watters, Editor, BOOM! Studios. “I could not be more excited for you to read DODGE CITY.”

DODGE CITY #1 will feature a main cover by Cara McGee and a variant cover by Natacha Bustos (Moon Girl and Devil Dinosaur). Print copies will be available for sale March 2018 at local comic book shops (use comicshoplocator.com to find the nearest one) or at the BOOM! Studios webstore. Digital copies can be purchased from content providers like comiXology, iBooks, Google Play,  and the BOOM! Studios app.

For continuing news on DODGE CITY and more from BOOM! Studios, stay tuned to www.boom-studios.com and follow @boomstudios on Twitter.