BOOM! Studios is excited to announce new variant covers by industry legends Frank Quitely (All-Star Superman) and John Cassaday (Astonishing X-Men) for KLAUS AND THE CRISIS IN XMASVILLE in December. Eisner Award-winning writer Grant Morrison (Batman) and Eisner Award-nominated artist Dan Mora (Saban’s Go Go Power Rangers) return with an all-new chapter of their acclaimed reimagining of the Santa Claus origin story in a special oversized one-shot. The variant cover by Quitely, a longtime collaborator with Morrison on some his most acclaimed projects, marks his debut at BOOM! Studios.

In KLAUS AND THE CRISIS IN XMASVILLE, an evil Santa from an alternate dimension has founded a soda corporation that uses Christmas and holiday cheer as a marketing tactic to build their fortunes. Only Klaus can defeat the Pola-Cola Corp. and the zombie-like Santas that are in the evil Santa’s thrall.

“This newest KLAUS one-shot may be our most beautiful issue yet,” said BOOM! Studios Editor-in-Chief Matt Gagnon. “Dan is blowing us away with lush watercolor sequences and we have two industry greats—Frank Quitely and John Cassaday, respectively—joining the party to provide gorgeous covers. This annual tradition is becoming one of our favorite ways to ring in the holidays.”

For this special, artist Dan Mora utilizes a variety of new techniques, including traditional watercolor, marking the first time he has used this method for one of his comics.

Print copies of KLAUS AND THE CRISIS IN XMASVILLE will be available for sale on December 6 at local comic book shops (use comicshoplocator.com to find the one nearest you) or at the BOOM! Studios webstore. (Final orders are due from retailers by November 13.) Digital copies can be purchased from content providers like comiXology, iBooks, Google Play, and the BOOM! Studios app.

For continuing news on KLAUS AND THE CRISIS IN XMASVILLE and more from BOOM! Studios, stay tuned to www.boom-studios.com and follow @boomstudios on Twitter. 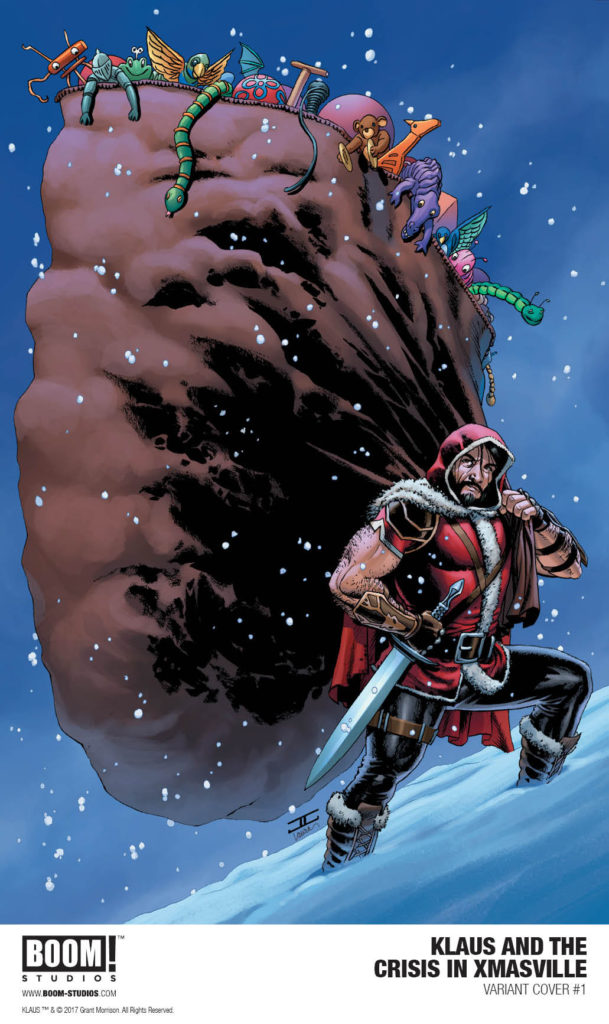 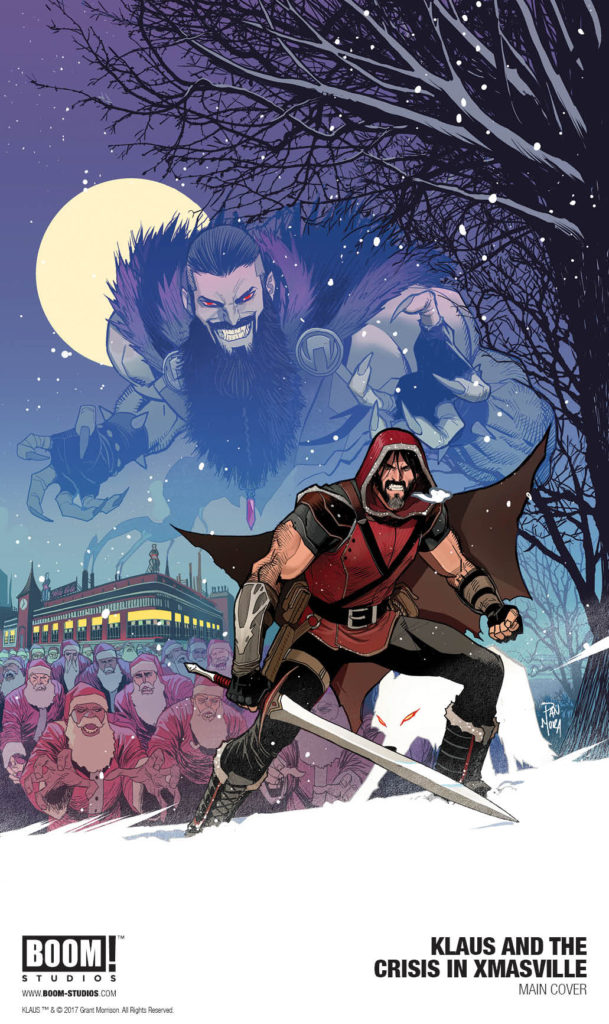 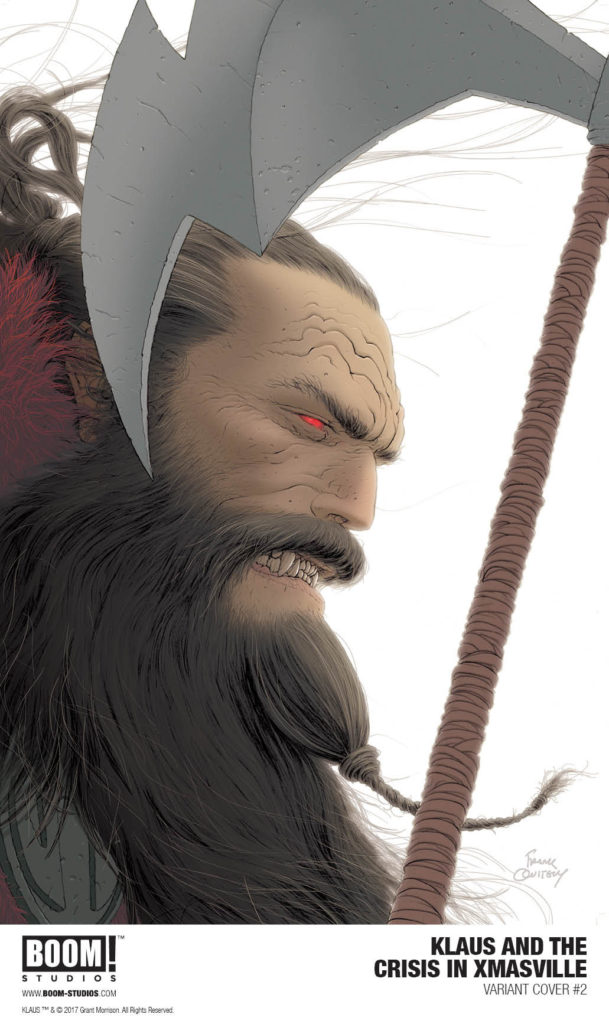