Once, he was a man out of time…and now he’s about to re-live that moment all over again. Steve Rogers is back on ice in CAPTAIN AMERICA #698, and it’s a brave new (and cold) world. Now, it’s up to the super soldier to assemble a new group of Howling Commandos to help him battle for his freedom.

“Everybody thought it couldn’t happen again—but it has!” teases SVP and Executive Editor Tom Brevoort. “Once more, Cap is a man out of time—but the new era he finds himself in is fraught with perils, personal hardships, and challenges unlike anything the shield-slinger has ever experienced before. The lead-up to our big blow-out #700 issue starts here!”

It’s a story readers won’t want to miss, and it all begins this February with CAPTAIN AMERICA #698—on ice! 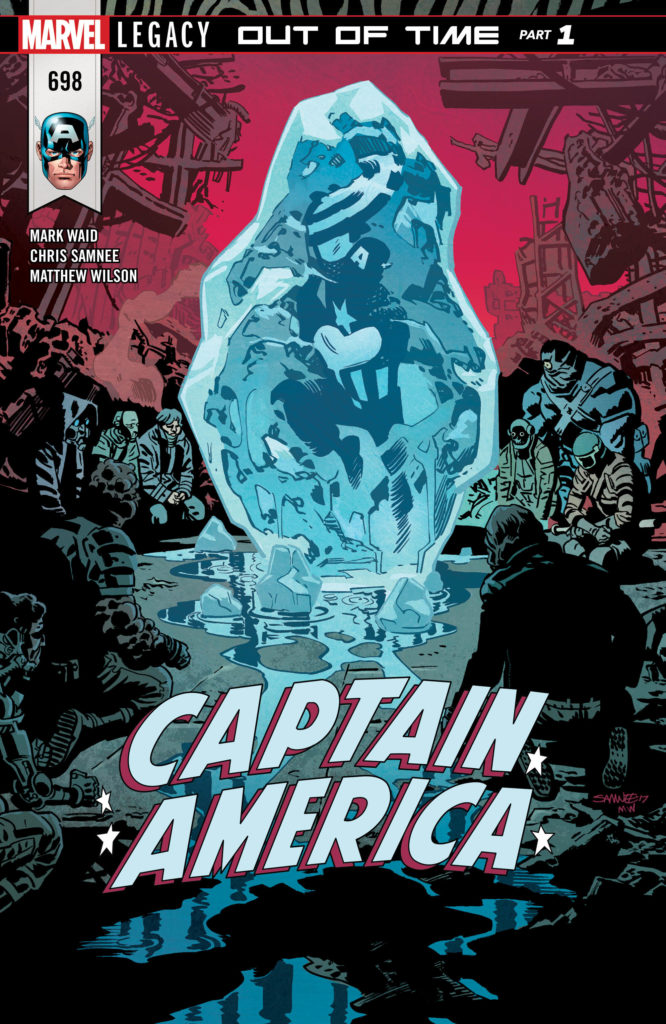