Today, Marvel Comics is excited to announce that, coming in 2017, led by creators Sina Grace (All-New X-Men) and Alessandro Vitti (Secret Warriors, Avengers Arena), Marvel Comics’ ICEMAN, will take adult Bobby Drake on a brand new mission to prove himself as one of the most powerful Super Heroes in all of the Marvel Universe and stop any opposition cold in its tracks.

After the cataclysmic fallout of Inhumans vs. X-Men comes the highly anticipated new title featuring Marvel’s coldest crusader – ICEMAN! Launching next year, fans will embark on an all-new quest following one of the most iconic X-Men of all time, but this new solo adventure is not going to be as easy as going down the bunny slope.

Speaking with Nerdist, series editor, Daniel Ketchum said, “Iceman has never had a solo ongoing series before and we’re going to make sure we use every page to its fullest. [He wants] to be known as more than just ‘that X-Man who tells jokes.’ When Iceman’s not bringing up the next generation of X-Men at the Xavier School, he’ll be spanning the globe, icing himself up and taking down the biggest, baddest villains the Marvel U has to offer.”

In addition to being a globetrotting exploration with one of the most powerful mutants in the Marvel Universe, ICEMAN will also be studying how Bobby Drake’s personal life is going to help continue evolving him into one of Marvel’s best Super Heroes as Grace explained to Nerdist, “With this series, you’ll see how much knowing yourself and understanding yourself helps inform the scope of your abilities, both as a human being and also as a Super Hero. We are gonna play with it to be sure, because this guy is an Omega Level mutant at the end of the day.”

In 2017, prepare for Marvel Comics’ ICEMAN to unleash unlimited elemental potential as a brand new era begins for one of the most iconic X-Men in all time and it’s all part of Marvel’s ResurrXion! 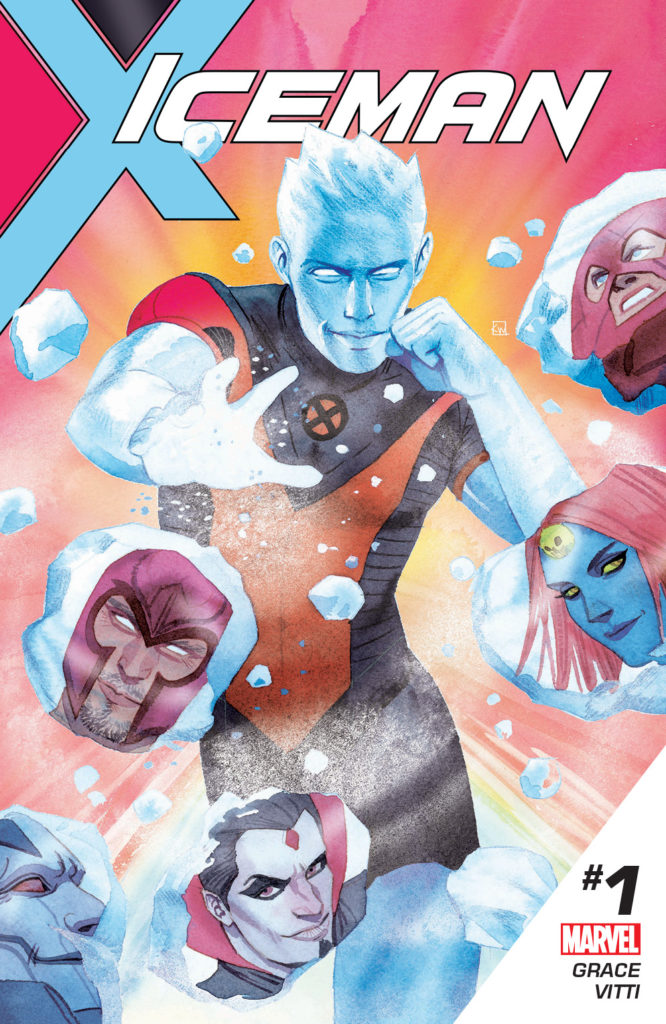