Doctor Who: The Third Doctor #1 – Heralds of Destruction 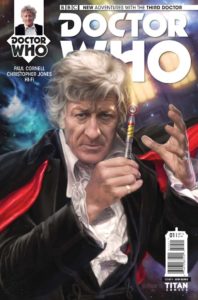 Earth faces yet another alien invasion – Thankfully the Third Doctor is on hand with Jo Grant and the members of UNIT to keep the planet safe! With all the grandeur and pomposity but also deep kindness of the Third Doctor, we are reminded that while his exile with UNIT has ended, his ties to them remain those of honor and promises kept.

This is the Doctor Who story I’ve been waiting for. The Third Doctor, expertly played by Jon Pertwee, was actually my second Doctor. Tom Baker (the Fourth Doctor) was my first. My local PBS affiliate played story lines together, but the stories out of sequence, so I saw several with Doctor Four and Sarah Jane Smith before they went back and showed Doctor Three with Sarah Jane (which confused me to no end) and then Doctor Three with Jo Grant (more confusing still). Although he wasn’t the wild-eyed, manic-grinned, scarf-wearing Doctor that I loved, there was a lot of style and elegant charm to Doctor Three.

All of that has been captured by Paul Cornell in this Doctor Three adventure. You are placed squarely in a night off from UNIT’s regular maneuvers, as Jo is out on a date and the Doctor is sharing stories and chess at the club. Cornell’s affection for and experience with the Doctor shines out on each page, capturing the voices of familiar characters completely and letting them express their individuality as you re-familiarize yourself with them and are drawn into the story. Where did the aliens come from? Are they a result of any of the other familiar faces we see? So many questions that I can’t wait to see answered.

One can only imagine the Whovian glee of Christopher Jones as each likeness rolled out from under his pencil – he’s rendered all the beloved characters so well that you’ll never say Mike Yates and Sergeant Benton were interchangeable. The one panel of the Doctor standing in Bessie is just a labor of love. Jo, with her period mini-skirts and long shag cut, and the Brigadier with his military precision come to life on the page as well. There are some surprise appearances throughout the issue that will no doubt cause long-time fans to squee in joy. This is more in Jones’ true style than the years of DC animation style art he’s done, and definitely some of the best Doctor Who art of the last several years.

Cornell and Jones are just a natural fit. Both are long-time fans of Doctor Who: Cornell having written the Doctor professionally in several formats, and Jones a chameleon of styles and skills with an extensive Doctor Who commission portfolio. May they continue to create adventures in time and space together. 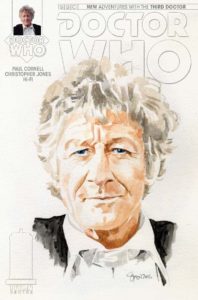 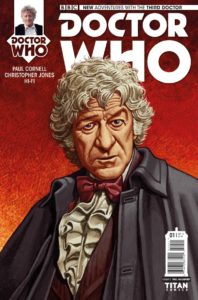 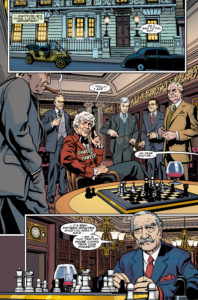 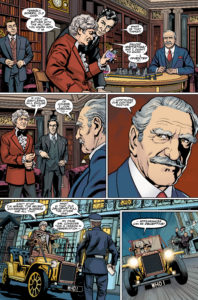 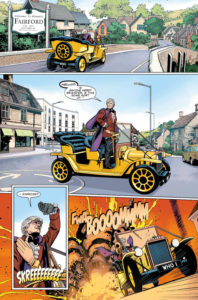