He’s the wallcrawler that made pop culture history and took the Ultimate Universe by storm. Now he’s ready to make history again, as he finds a new home in a completely new universe. Welcome to the Marvel Universe Miles Morales – hope you survive the experience! Today, Marvel is pleased to announce SPIDER-MAN #1 – a brand-new ongoing series starring Miles Morales coming later this year. Comic superstars and Miles Morales co-creators Brian Michael Bendis and Sara Pichelli begin the story that will have the whole world talking!

“Four years ago, we peeled back Spider-Man’s iconic mask to reveal a new and different face, and readers of all stripes have embraced him,” says Marvel Editor-in-Chief Axel Alonso. “I’m excited to announce that Miles Morales is here to stay – and this Fall, he’s going to be swinging through the heart of the Marvel Universe. Can new friends and enemies be far behind?”

A stranger in a strange land, Miles patrols the rooftops of a New York City that is very different from the one he knew. A world where countless heroes guard it’s skies and streets. A world where Miles is counted among the ranks of Earth’s Mightiest Heroes, the Avengers. A world where Peter Parker is still alive. Though their paths have crossed before the landmark series Spider-Men, with Miles now living in Peter’s universe – is this town big enough for two Spider-Men? More importantly – how did Miles come to be here in the first place?!

“This is a very big deal to [Sarah and I],” says Brian Michael Bendis in an interview with Marvel.com. “For [Miles] to have grown up and flat-out earned his place in the Marvel Universe, as Spider-Man, is frankly so much more than we could have hoped for when we first sat down to design him and his life. When it became clear that I was going to follow Miles into this new adventure I was really hoping that Sara would see the value in it being both of us that do this together. I was thrilled that she agreed immediately.”

Critically lauded for his resonant and relevant introduction, Miles Morales made headlines the world over with his explosive introduction in 2011. Now, the chart-topping team of Bendis & Pichelli begin the epic next chapter of Miles Morales’ life is about to begin. Where will you be when he makes his thunderous arrival into our universe? 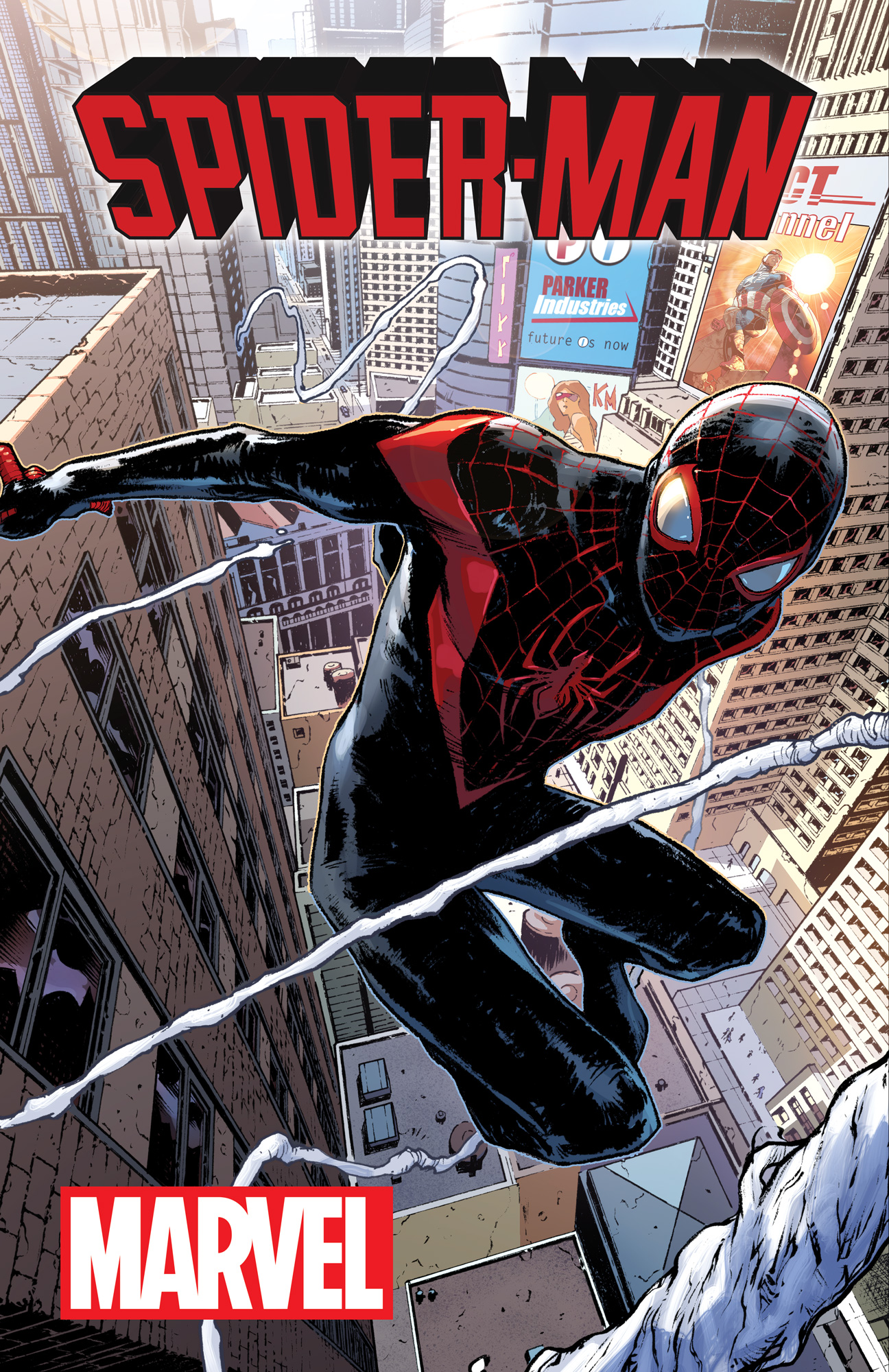