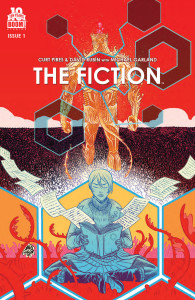 The Fiction #1 (BOOM!)
Writer(s): Curt Pires
Artist(s): David Rubin
Four childhood friends discover a box of strange books that, when read aloud, can transport them to the beautiful, imaginary worlds described within. But when one of them goes missing, the others vow never to reveal where they’ve been and what they’ve seen. Years later, when one of the remaining kids, now an adult, also mysteriously disappears, it’s up to the last two of the group to dig up their dusty books to find him and finally figure out what happened to their friend all those years ago.
———-

As childhood friends, Cassie, Tyler, Tsang, and Max relied on each other. When their respective parents were doing parent things, the kids were left to themselves and that bond was tight. When one had problems, all four pulled together and hashed it out as best they could. During one of the many cocktail parties, the four were upstairs in Max’s attic where they found a box of books. As they started to read one of the books, they made a discovery. When the four read a book together, they were transported to the setting of that book.

This would be a fantastic thing, right? I mean, unless you were reading something really dark, sinister, and evil. Like Twilight. But the kids had a great time, wandering the pages of the books and escaping from their realities. The good time ended when Tsang disappeared, while they were inside the book. Leaving the book, Tsang was still gone and the four were down to three.

The story takes a jump at this point, and we’re bounced ahead a ways. The friends are grown up and have gone their separate ways, living their separate lives. The magic books are just memories, and for the most part they’ve all convinced themselves that the “magic” never really happened, that Tsang was the victim of a childhood tragedy and they all created this magical world to retreat to as a coping mechanism. It all works for them, until another of their number disappears…

This is going to be one of those books that you’re going to have to pay attention to. This isn’t light reading, and there’s a lot going on here. Overall, it looks to be a pretty interesting title that might bring out some different thoughts for the reader. Me? I’ve got the theme song from “The Neverending Story” stuck in my head, but that’s my burden to bear. 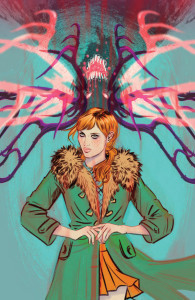 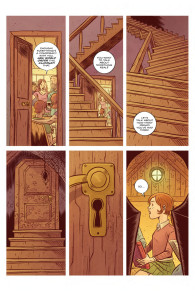 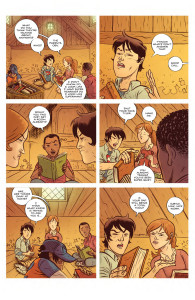 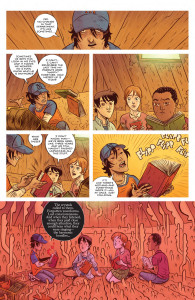 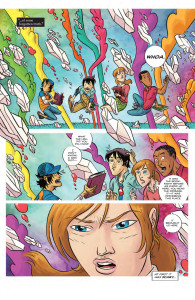 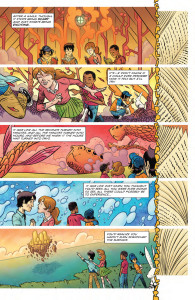 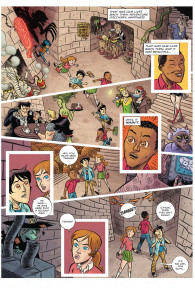