I read this when it first came out with BDI – Fantastic!

“Shahrazad is the classic myth of the storyteller brought to comics,” says Hutchison. “Her tales are at once familiar and entirely new (and unpredictable!). It’s been amazing to delve back into Shahrazad’s world and ‘tinker’ with her story in a way that I’d like to think would gain the approval of our adventurous and magical narrator herself.  After all, hers, and our own personal stories, are never finished.”

The title relaunch has been in the works since Big Dog Ink became an imprint of Aspen Comics in 2014. Known for her amazing tales in 1001 Arabian Nights, Shahrazad is a new heroine who will rise up from the legends of an ancient world. She experiences a life unlike anything one could possibly imagine – an existence that spans generations and genres as she lives the tales she once only told. Each issue of Shahrazad will feature re-mastered content, an exclusive behind-the-scenes look at the making of Shahrazad, and creator commentary.

Castor commented: “I’m so thrilled to have the opportunity to revisit the original five issues of Shahrazad for this remastered version. It’s a rare opportunity for a writer to be able to revise what’s already been published – I’m proud of the work that Kim and I did when we wrote this originally, and even prouder of this new edition.  I know that our readers, both old and new, will continue to fall in love with Shahrazad as much as we already have, and I can’t wait for them to see what’s in store for the future!”

Shahrazad #1 will feature three distinct covers from series artist Mike Krome, Lola XOXO’s Siya Oum, and fan favorite J. Scott Campbell, plus a convention exclusive variant by Shannon Maer that will be available at both Emerald City Comicon and WonderCon. Aspen has provided Diamond item codes for the direct edition covers below:

SHAHRAZAD #1
Kim Hutchison; Kari Castor – Story / Mike Krome – Art / Nei Ruffino – Colors
The first re-mastered debut from Aspen’s Big Dog Ink imprint!
A new heroine rises from the legends of the ancient world! Shahrazad was known for her amazing tales of 1001 Arabian Nights, but now it is time to tell her story! She lives a life unlike anything you could possibly imagine–an existence that spans generations as well as genres!
Featuring re-mastered content, an exclusive behind-the-scenes look at the making of Shahrazad, creator commentary and more! Don’t miss out on the start of Aspen’s all new BDI launch with the premiere of SHAHRAZAD #1! 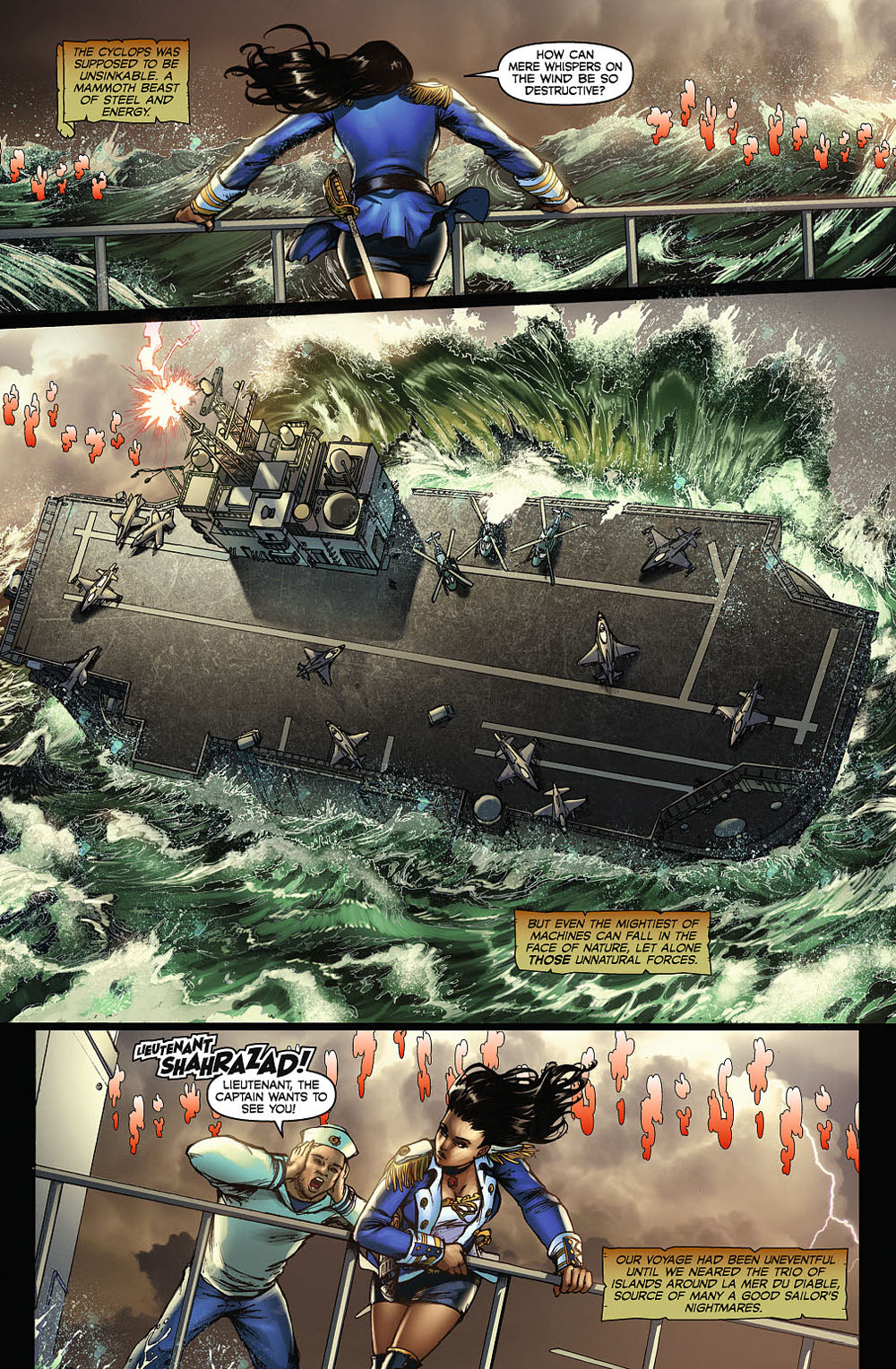 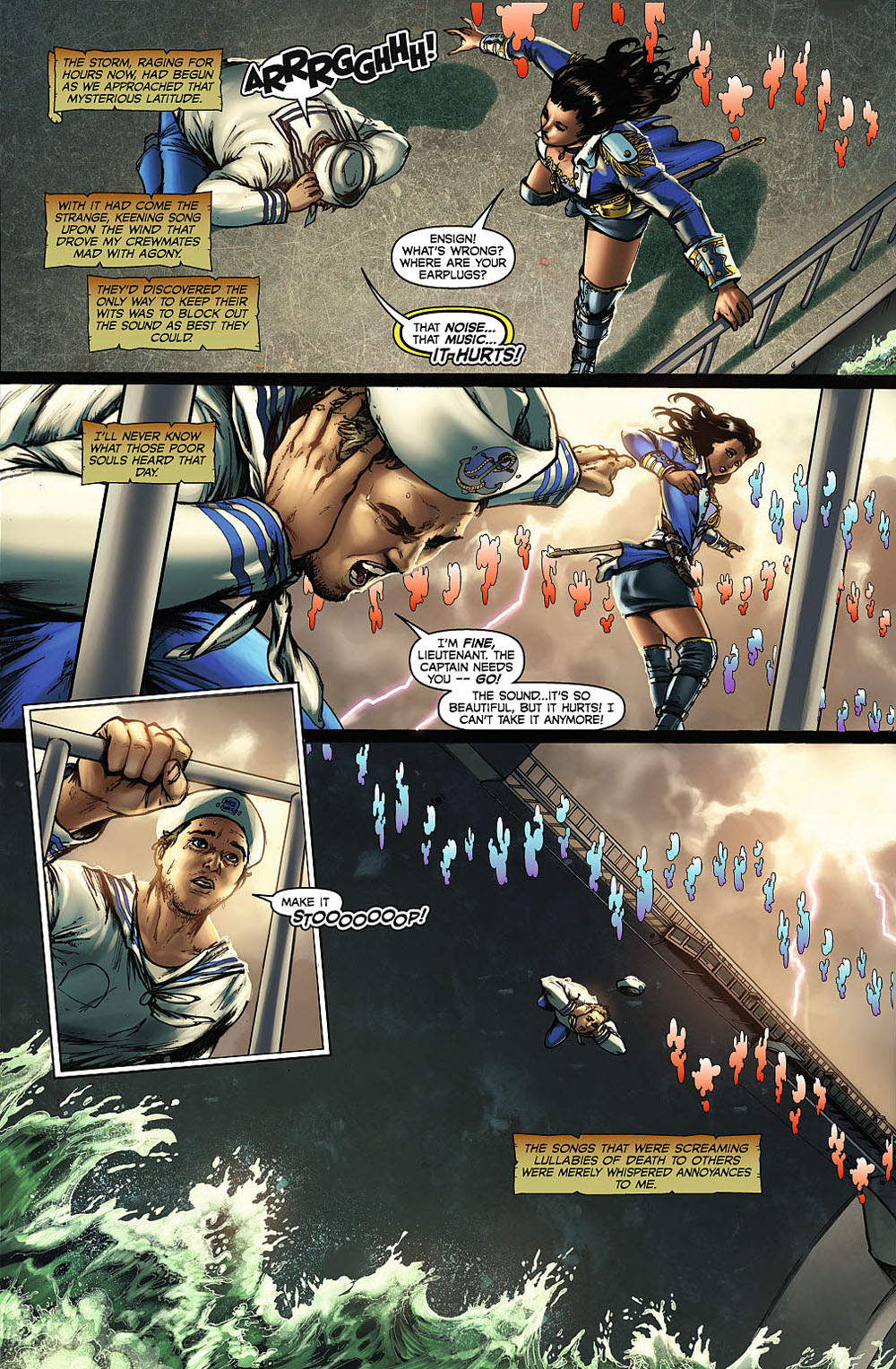 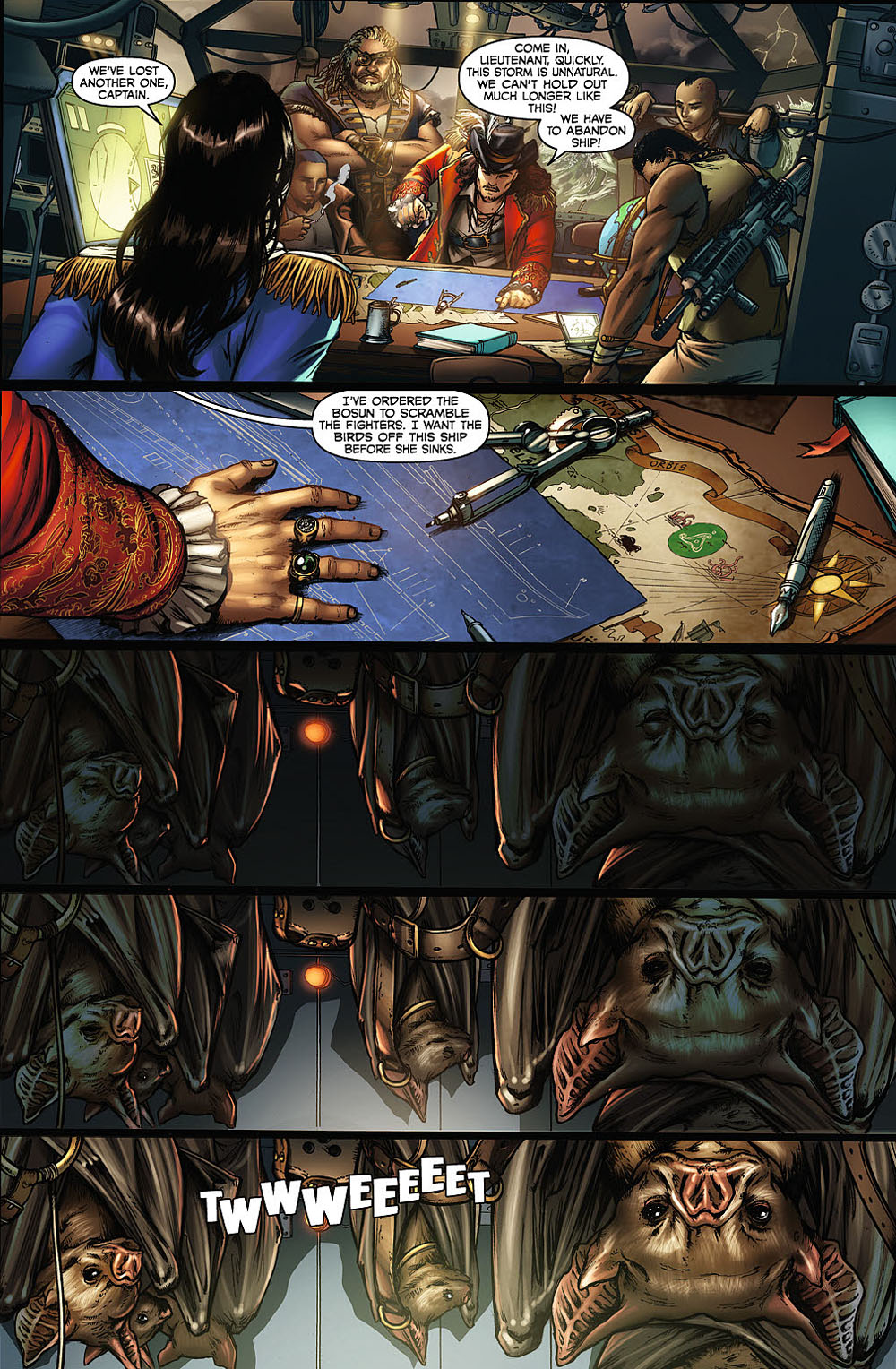 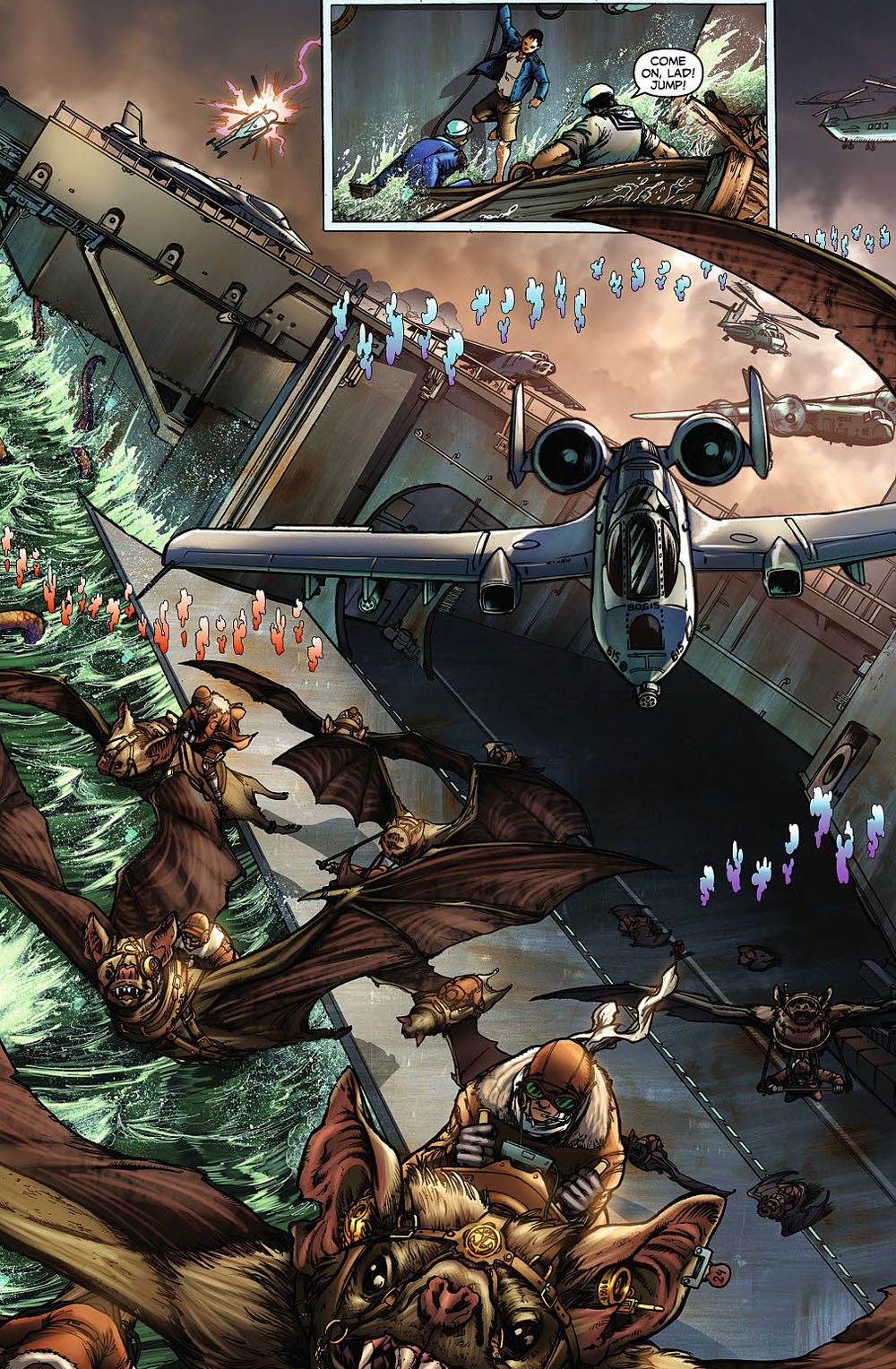 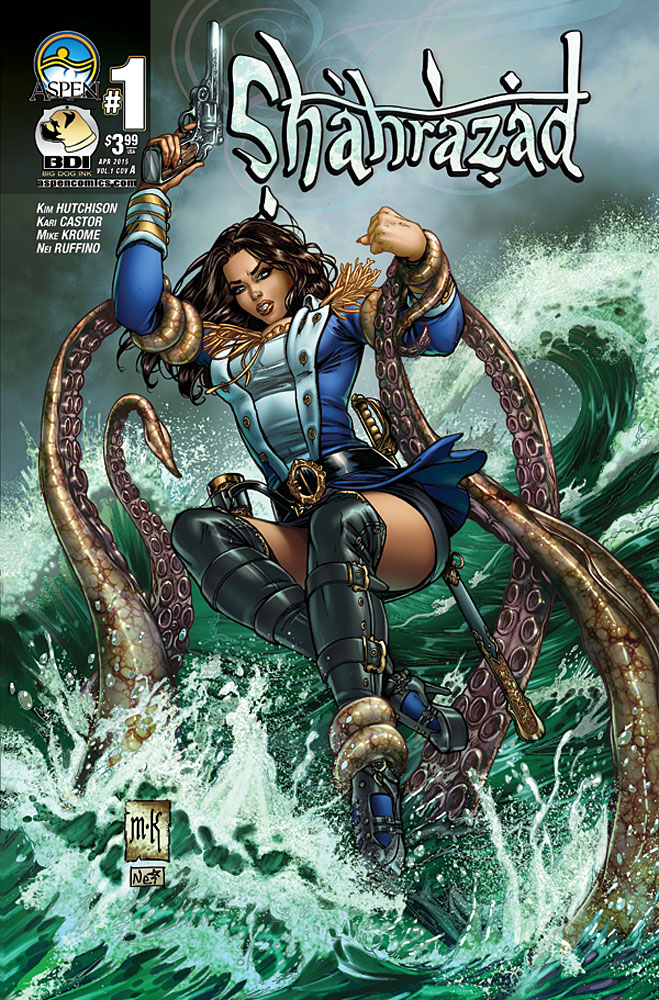 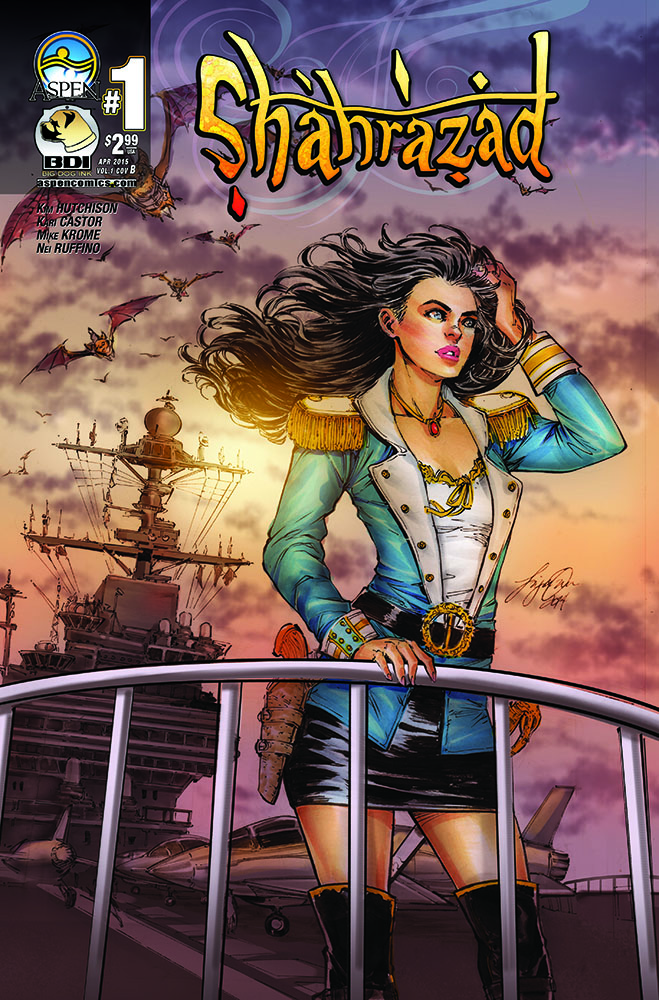 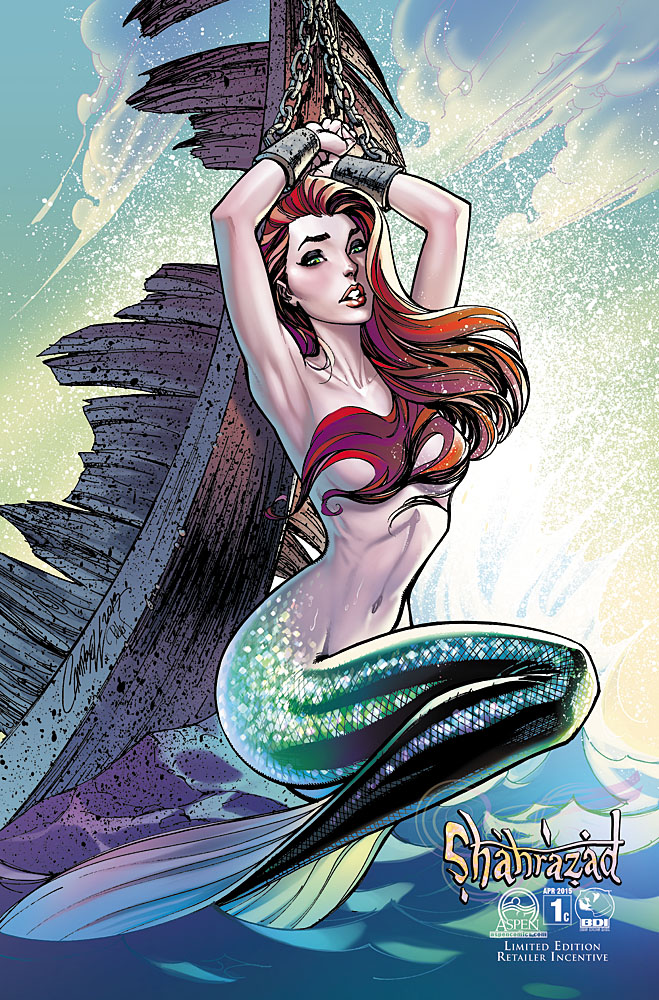 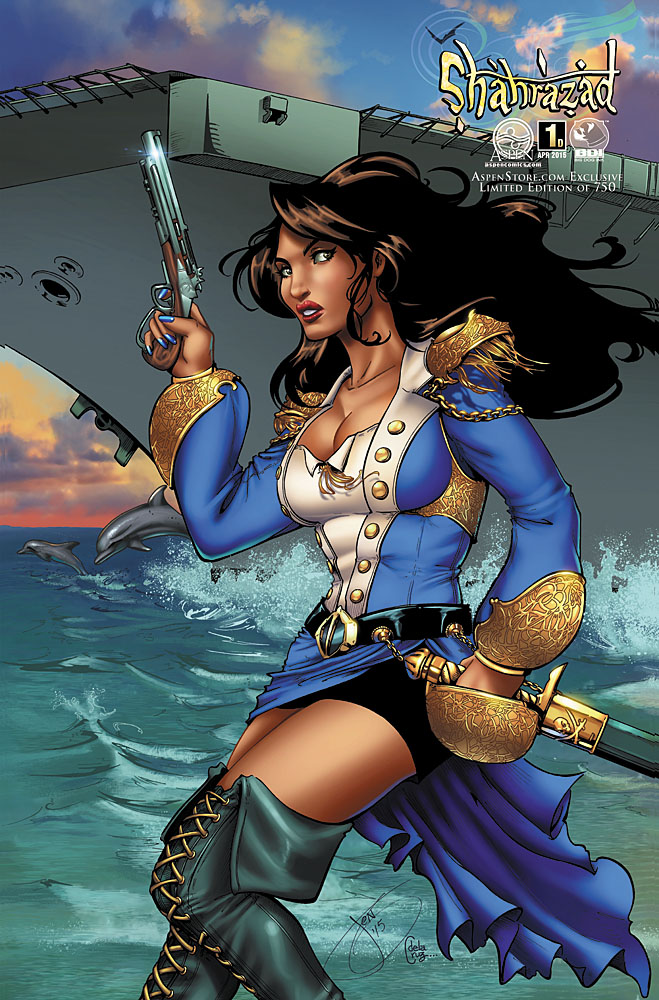 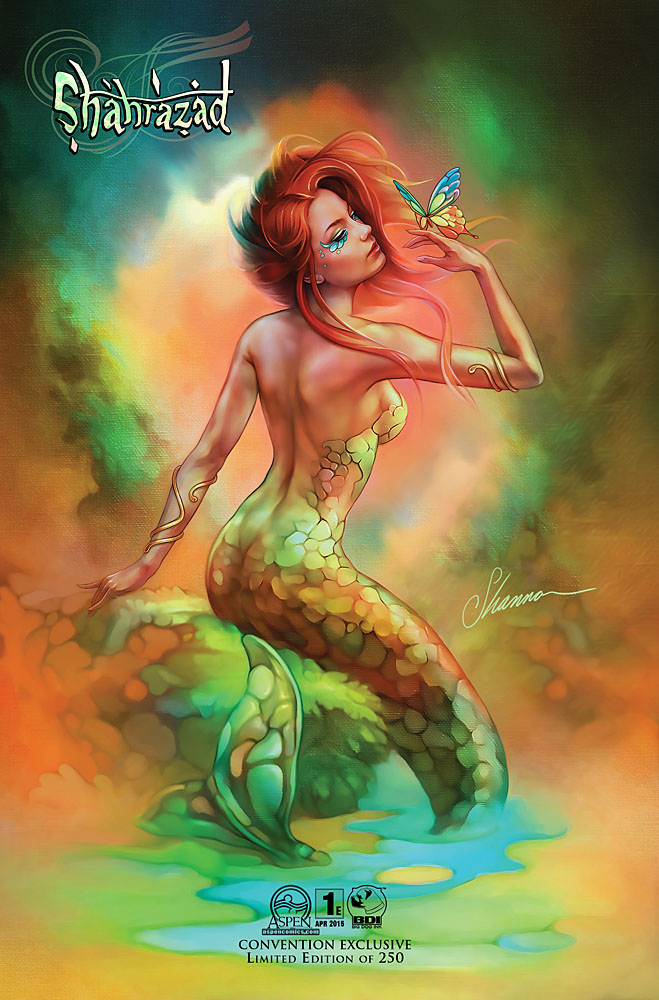 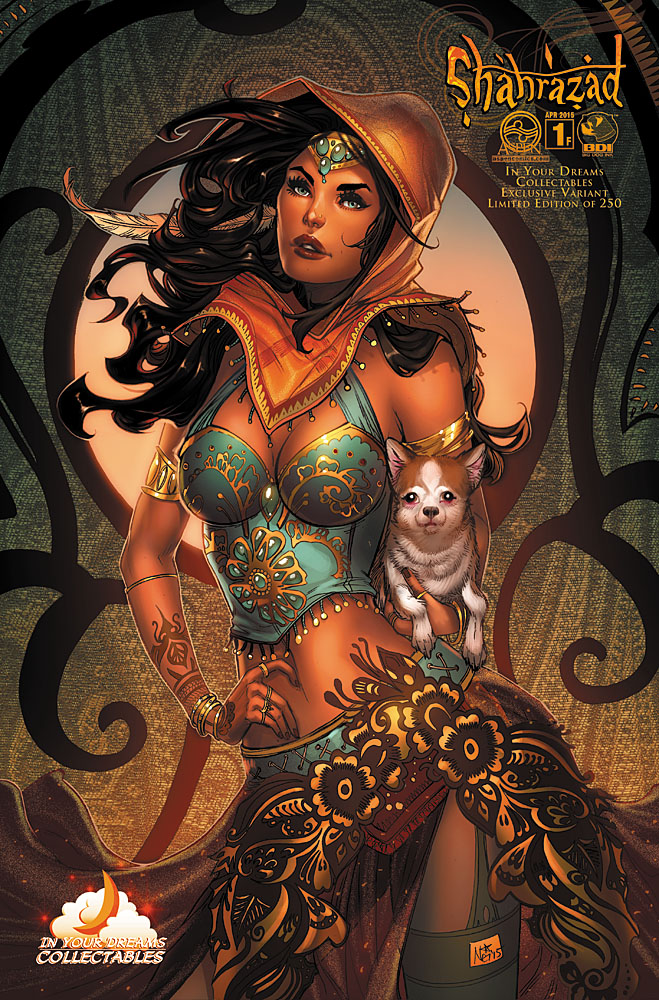 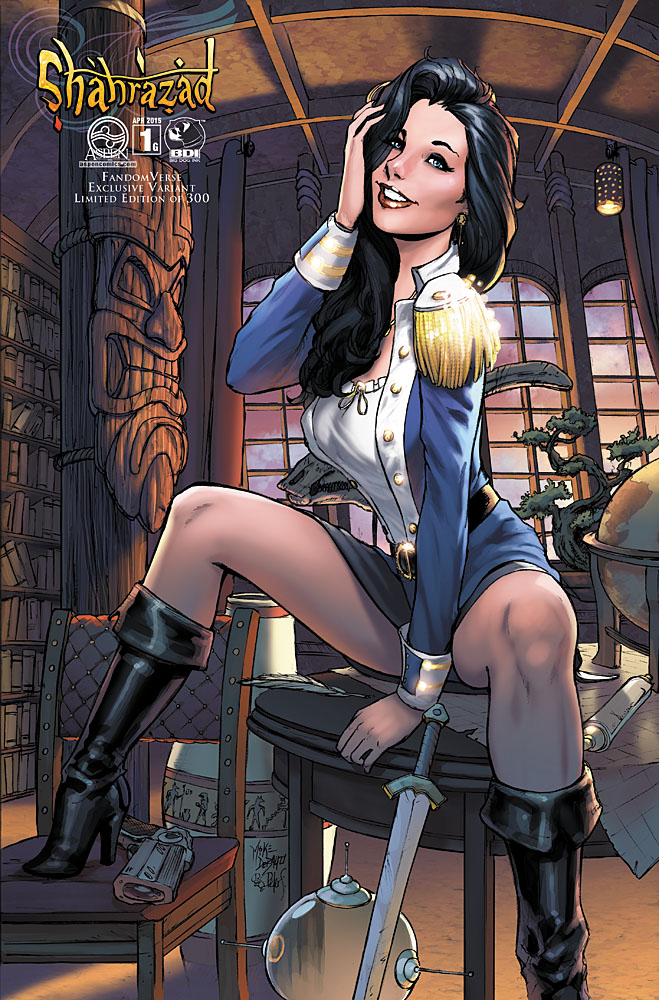