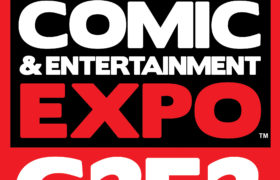 While attending C2E2, I had the chance to sit in a roundtable interview the creators of the shows Robot Chicken. This was my first roundtable and I didn’t expect to laugh as hard as I did. Here’s the rundown. WHAT: The voice-over star, co-creators and executive producers of Crackle’s Emmy-nominated stop-motion animated comedy series, “SuperMansion” discussing season three, some “Robot Chicken,” and their creative process. In the all-new […]

Writer Barry Hutchison Artist Jake Elphick FC • 32pp • $3.99 On Sale March 8, 2017 After a battle with the evil Psy-Clone and his army of identical clones, the League is exhausted. Unfortunately, crime never rests, and they are immediately called to another emergency. Rather than rush off, though, they realise they can use […]