While attending C2E2, I had the chance to sit in a roundtable interview the creators of the shows Robot Chicken. This was my first roundtable and I didn’t expect to laugh as hard as I did. Here’s the rundown.

In the all-new season premiering with weekly episodes starting May 7th on Crackle, the lunatics get the keys to the asylum when Dr. Devizo (Chris Pine) is declared a hero after “saving the world” at the end of last season. He and the Injustice Club are all made honorary members of the League of Freedom. The heroes and villains must learn to live and work together if they’re going to combat the never-ending amount of evil in the world. 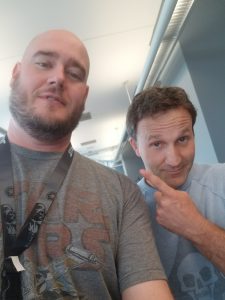 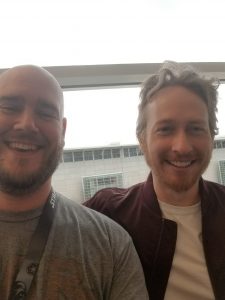 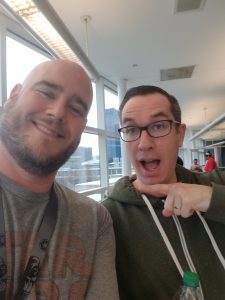 These three were very generous with their time and the conversation ranged from the effects of energy drinks on the body to how much a performer can shape the Supermansion characters.

Since the focus of this piece is Supermansion, here are the major points that were discussed.

When asked how they keep coming up with good ideas/characters to parody, Matthew Stenrich responded, “The archetype has to be something that we can build more than one joke off of. You can only make so many Aquaman-Talks-To-Fish jokes! If you take a Batman archetype and say that he’s just a rich kid whose parents didn’t die, then what you have is just an asshole. We can make lots of jokes with that.”

Breckin Meyer had some great stories of how he develops the voices of his characters, “Sometimes it just comes from playing around.” Noting how his voice for Robot Chicken’s King Randor came from annoying one of the producers with a King Randor action figure.

As a fan of Supermansion and Robot Chicken, I was ecstatic to meet these guy and they did not disappoint. Login to Crackle on May 7th and check out the new season of Supermansion!

My recording device didn’t want to function during the interview, but the folks from Shallow Graves Magazine got some great footage.