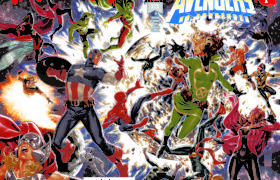 It’s the end of an Avengers Era as we know it! And in the team’s final days, a change has come to the Marvel Universe in the form of a story that’s filled with so much action and so much drama, Marvel had no choice but to make it a weekly epic! Beginning this January, […]