Arriving in comic shops March 2019, writer Josh Lee Gordon and artist Francesco Mortarino (Saban’s Go Go Power Rangers) reveal the secret origin of the most belovedFirefly characters in the ’Verse—SAFFRON! Journey through the early days of Saffron’s life, before her fateful “marriage” to our Captain Mal, and how she’s connected to the bounty currently on Mal’s head in the pages of Firefly.

“Though we only meet Saffron briefly, it’s a testament to the richness of Firefly and its world that she remains endlessly compelling all these years later.” said writer, Josh Lee Gordon. “The original series remains a tremendous influence on my work, and I’m thrilled by this opportunity to contribute something of my own to the ‘Verse.”

“I’m really excited to work on such a famous Joss Whedon property.” said artist, Francesco Mortarino. “It will be really challenging to draw such an appreciated and beloved character as Saffron, and I’m looking forward to giving it my best!” 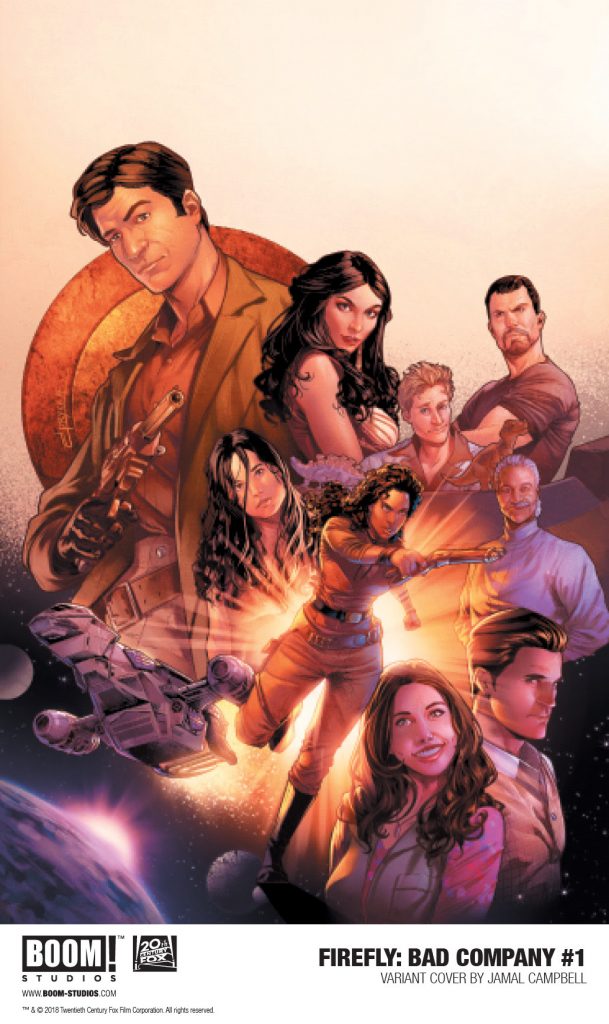 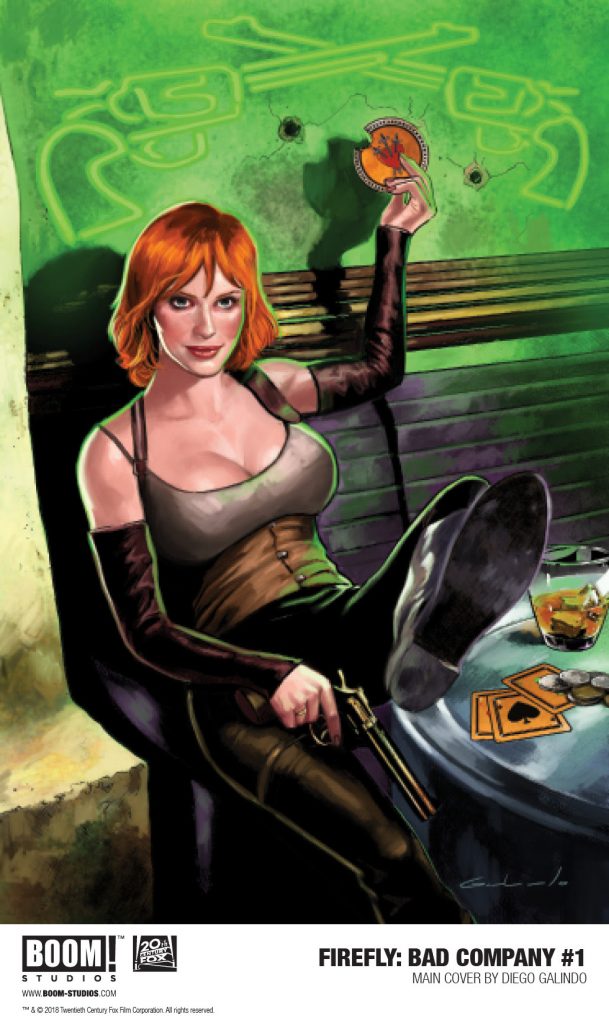 “Saffron is one of the most fascinating characters in Firefly — in just a handful of appearances, she rocketed to fan-favorite with the perfect mix of charisma, cunning and controlled chaos that makes us want to know what quickly became clear was unknowable…neither by us, nor by Saffron herself. But what we do know is that she’s not someone to be crossed, and her  drive to survive by any means necessary makes her one of those most dangerous characters our crew has encountered,” said Jeanine Schaefer, Executive Editor, BOOM! Studios. “Josh and Francesco are digging into not just who Saffron is to the people in her life, but why she wears those faces and what it means for her past, present and future. This is just the beginning of BOOM! Studios’ plans to dig deeper into the untold stories from Firefly that fans have demanded…and Saffron has a big role to play in 2019!”

Created by Whedon and set 500 years in the future in the wake of a universal civil war,Firefly centers on the crew of Serenity, a small transport spaceship that doesn’t have a planet to call home. Captain Malcolm “Mal” Reynolds, a defeated soldier who opposed the unification of the planets by the totalitarian governed Alliance, will undertake any job — legal or not — to stay afloat and keep his crew fed. Thrust together by necessity but staying together out of loyalty, these disparate men and women are seeking adventure and the good life, but face constant challenges on the new frontier, such as avoiding capture by the Alliance, and evading the dangers you find on the fringes of the universe.

Print copies of FIREFLY: BAD COMPANY #1 will be available for sale on March 20, 2019 exclusively at local comic book shops (use comicshoplocator.com to find the nearest one). Digital copies can be purchased from content providers, including comiXology, iBooks, Google Play, and the BOOM! Studios app.

For continuing news on FIREFLY and more from BOOM! Studios, stay tuned to www.boom-studios.com and follow @boomstudios on Twitter.