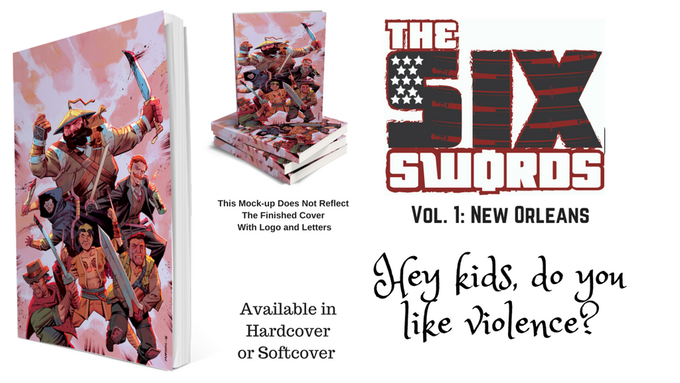 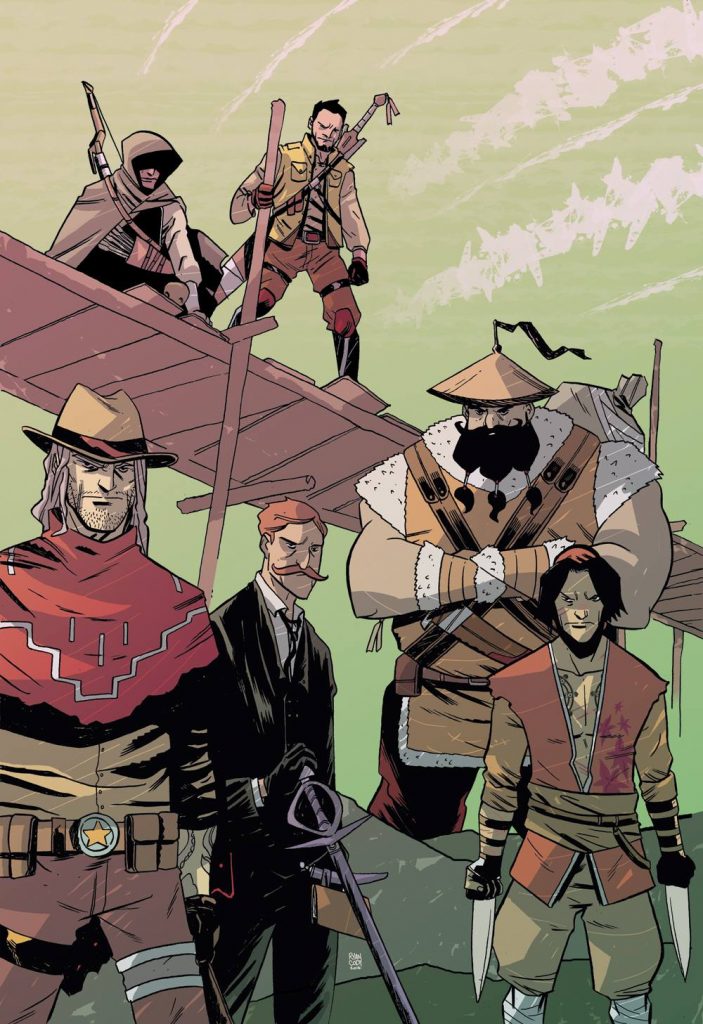 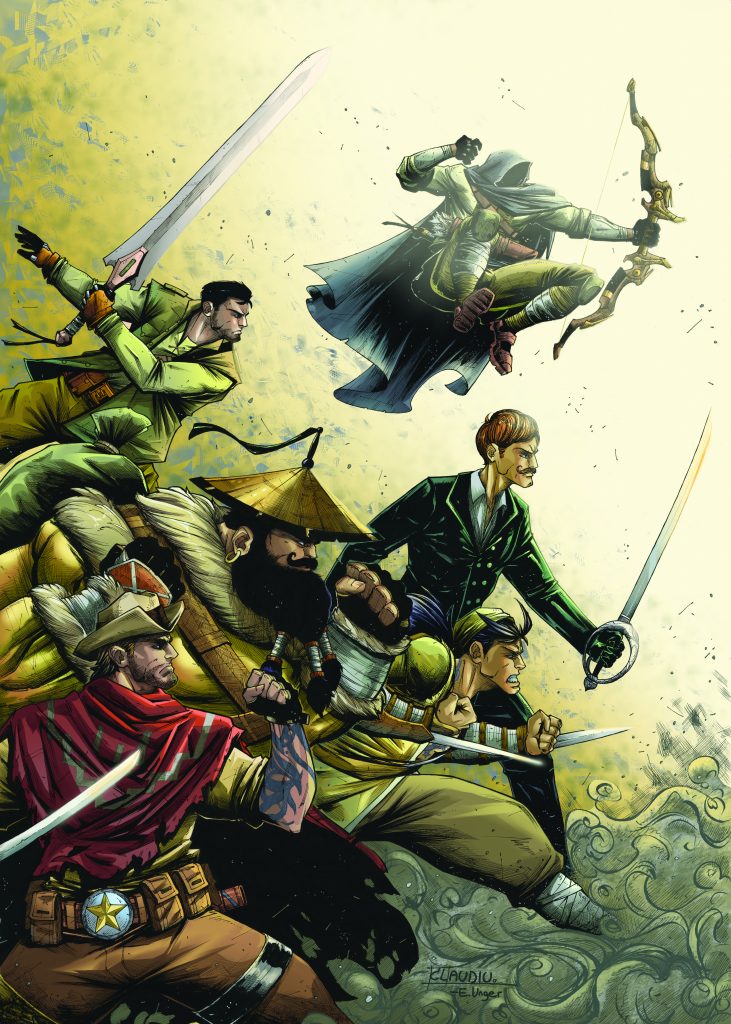 This series pulls no punches on the commentary of war, politics and social interactions and promises to be more than just bloody good violence and gratuitous nudity. This original series will take you into a new and redefined translations of the “old west”. Simply put, imagine if in the Hateful 8 rather than saving the town, they destroyed it.

“What Samurai Jack did for the Kurosawa brand of action movies, The Six Swords does for the spaghetti western, reinvigorating the genre in the popular consciousness with a stylistic twist and an extra blade or two thrown in for good measure.” -Gary Moloney, Monkeys Fighting Robots

THE SIX SWORDS #1, is set in the bleak future of the Divided States of America post World War IV, six men in a fiercely changed New Orleans find themselves pursuing bounties on each other, as placed by the local warlord known as the Switchblade. Quickly realizing that they have been tricked into killing each other, they haphazardly join together to escape the city, hacking and slashing their way through roves of bandits and gangs.

The Six Swords travel a post-apocalyptic United States, finding west coast cults, east coast strongholds, and endless gangland in-between. The land is reminiscent of the Old West: though lawless, people have come together to start anew, and each town offers something interesting for the Six Swords. 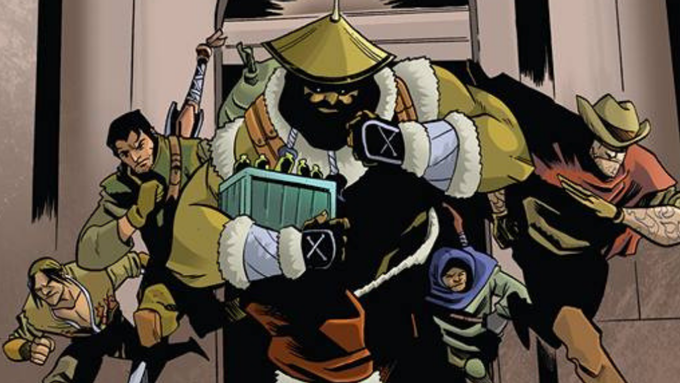 The Six Swords plays in the realm of comedy, kung fu and Westerns; post-apocalyptic pulp fiction. In the right circumstance, the stories will pay homage to a number of outside properties.

This original series is an action-packed title that propels the audience into a post-WW VI landscape with fresh new characters and old-school concepts that will be brand new to some readers and nostalgic for others! As this series prepares for official launch please join in the Kickstarter campaign and support this indie title (and others that will be coming down the line from our studios): 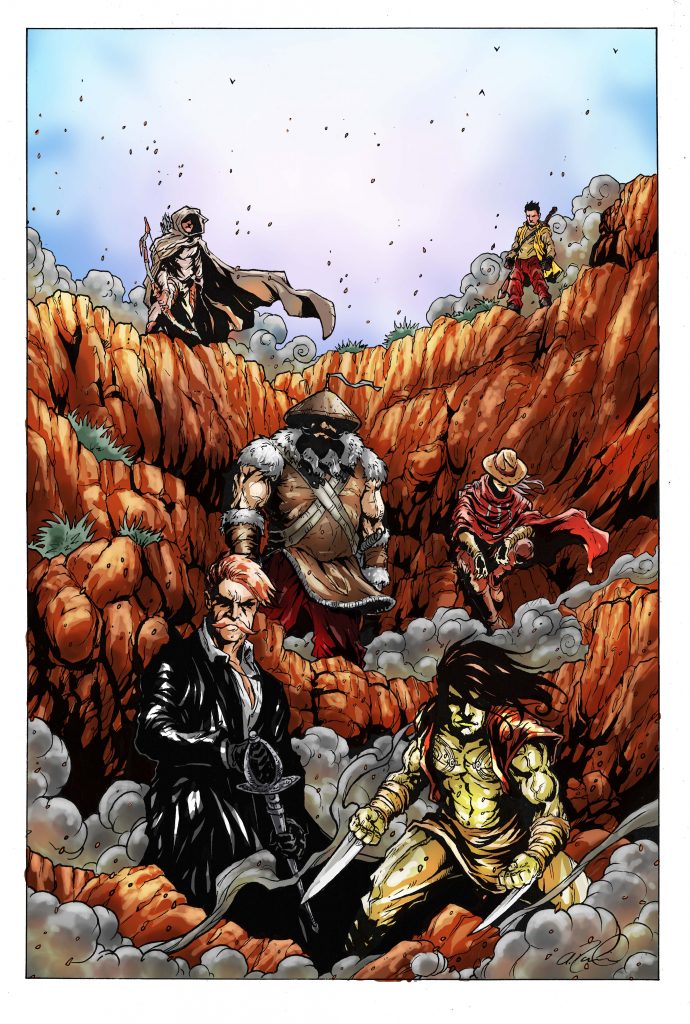 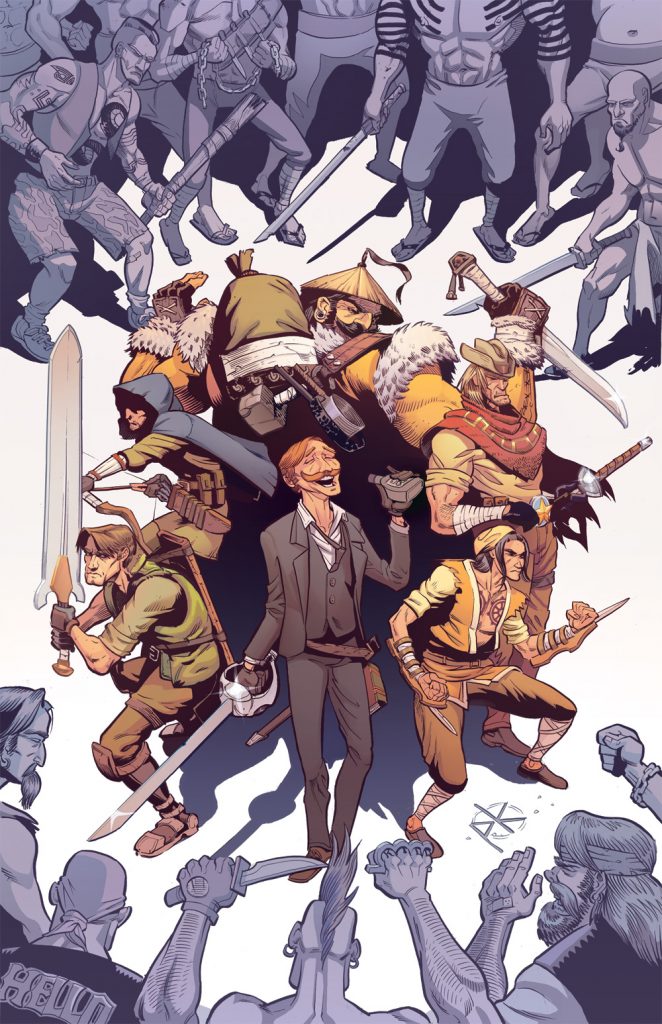