ATHENA VOLTAIRE AND THE GOLDEN DAWN: The Nazi fighting aviatrix returns in another high-tension adventure! 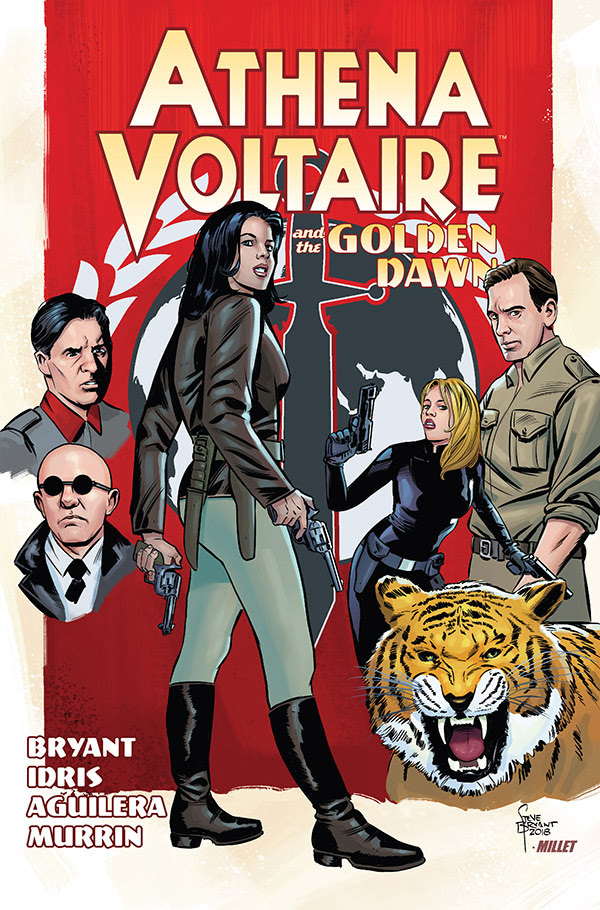 Athena Voltaire travels the world on dangerous missions to find fantastic ancient artifacts. In her latest adventure, she goes to Portugal to find a previously undiscovered Da Vinci Codex. But not all is as it seems with Athena and her companions finding themselves up against the Nazis’ mysterious Golden Dawn Society.
THE GOLDEN DAWN is the second adventure of Athena’s ongoing series, and it’s the perfect place for new readers to jump into the adventure. Athena is perfect for fans of classic adventure stories like Indiana Jones, Uncharted and Tomb Raider. It’s a wonderful treasure hunting story with an empowering female heroine readers won’t forget.
The aviatrix’s webcomic was nominated for an Eisner and creator/writer Steve Bryant is an Eisner, Manning, and Harvey Award-nominee. About his latest adventure, Bryant comments, “With the ongoing series, we’ve been able to lay the groundwork for a larger storyline—one I would have been unable to do on a monthly schedule by myself. THE GOLDEN DAWN continues to expand Athena’s world and mythology, and I’m thrilled with the work that Yusuf and Juanma have been doing on this arc!”
Look for ATHENA VOLTAIRE AND THE GOLDEN DAWN TPB in a comic book store near you on November 28, 2018. Preorder with Diamond item code SEP181356. 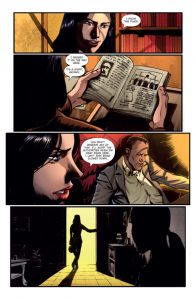 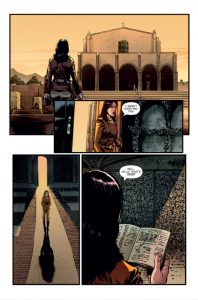 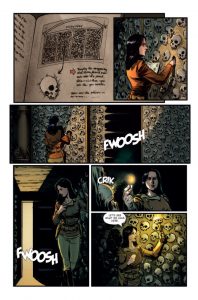 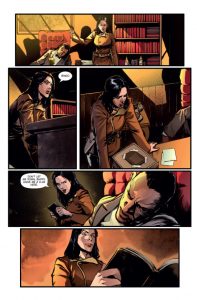