BOOM! Studios is proud to announce BLACK BADGE #1, beginning a new monthly series reuniting Matt Kindt and Tyler Jenkins, the Eisner Award-nominated dream team behind Grass Kings, in August 2018. Meet the Black Badges, a top-secret, elite branch of boy scouts tasked by the government to take on covert missions that no adult ever could.

Among their organization, the Black Badges are the elite; the best of the best. The missions they take are dangerous, and they will only get worse as their leader’s attention is split between their mission and tracking down a lost team member. A member who disappeared years ago, presumed dead.

BLACK BADGE is a haunting look at foreign policy, culture wars and isolationism through the lens of kids who know they must fix the world that adults have broken. The debut issue features a main cover by Matt Kindt, along with variants by Tyler Jenkins and the Eisner Award-nominated Jeff Lemire (Black Hammer).

“I’m super excited to be teaming with Tyler and Hilary on a new project after the amazing run we had on Grass Kings,” said Matt Kindt. “BLACK BADGE is an idea I’d had for a long time — ‘Boy Scouts — but for real.’ Sending them on real scouting missions and into danger. It’s an idea that started out as a joke with me complaining about how the scouts never really scout. But now that I’m writing the series — I’m realizing the deeper and (sometimes) horrible consequences of sending these kids out on missions. It’s going to be funny, emotional, and horrific — sometimes all on one page.”

“Well, truthfully, I can’t even find words to express my happiness at working with Matt again,” said Tyler Jenkins. “And this new series, BLACK BADGE, is another vehicle for us to tackle subjects and ideas that mean something to us. After the unrelenting darkness of Grass Kings, I am very excited to explore a completely different world…a world with a tad more levity. This is going to be an adventure. A wild adventure. But it’s gonna get real, so hang on!”

“With Grass Kings, Matt and Tyler established themselves as one of the preeminent creative teams in comics, completely in sync on every page. And with BLACK BADGE, they’re taking things to an entirely new level,” said Eric Harburn, Senior Editor, BOOM! Studios. “Exploring the chaos and conflict of the modern world through the lens of these young operatives, this new series is provocative, engaging, and jaw-droppingly illustrated.”

Print copies of BLACK BADGE will be available for sale in August 2018 at local comic book shops (use comicshoplocator.com to find the nearest one or at the BOOM! Studios webstore. Digital copies can be purchased from content providers, including comiXology, iBooks, Google Play, and the BOOM! Studios app.

For continuing news on BLACK BADGE and more from BOOM! Studios, stay tuned to www.boom-studios.com and follow @boomstudios on Twitter. 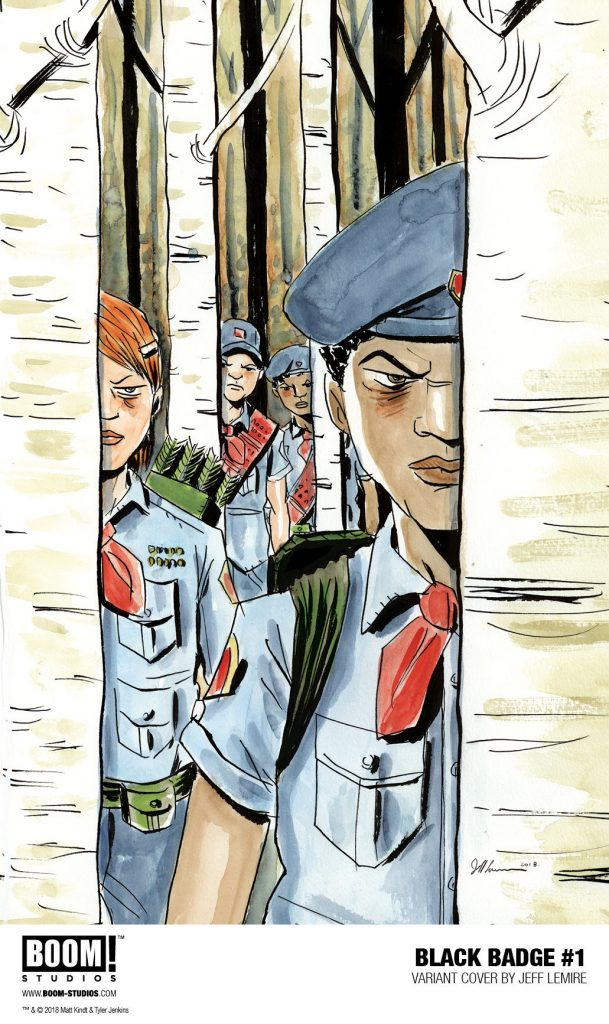 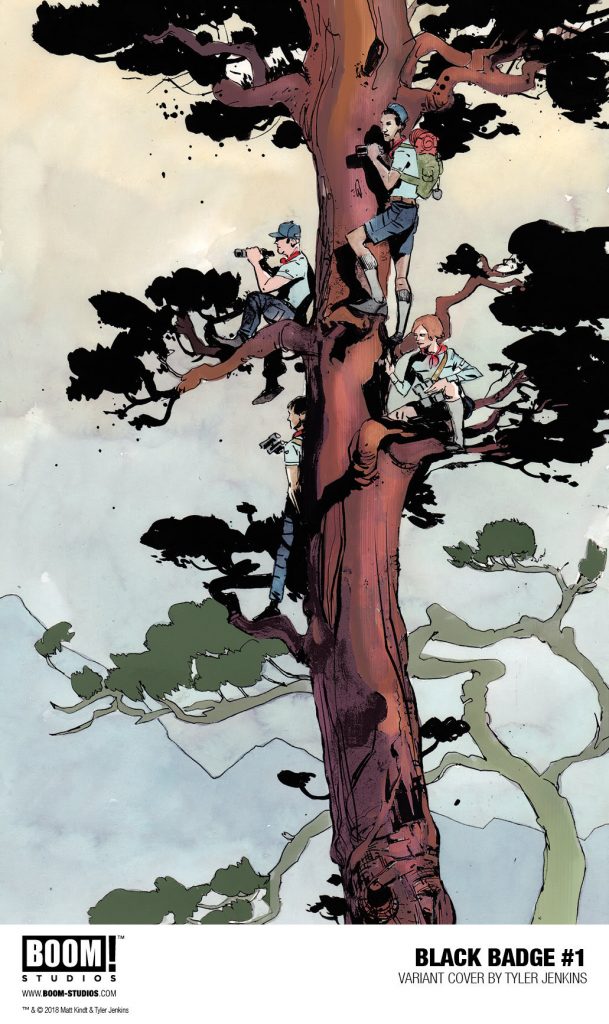 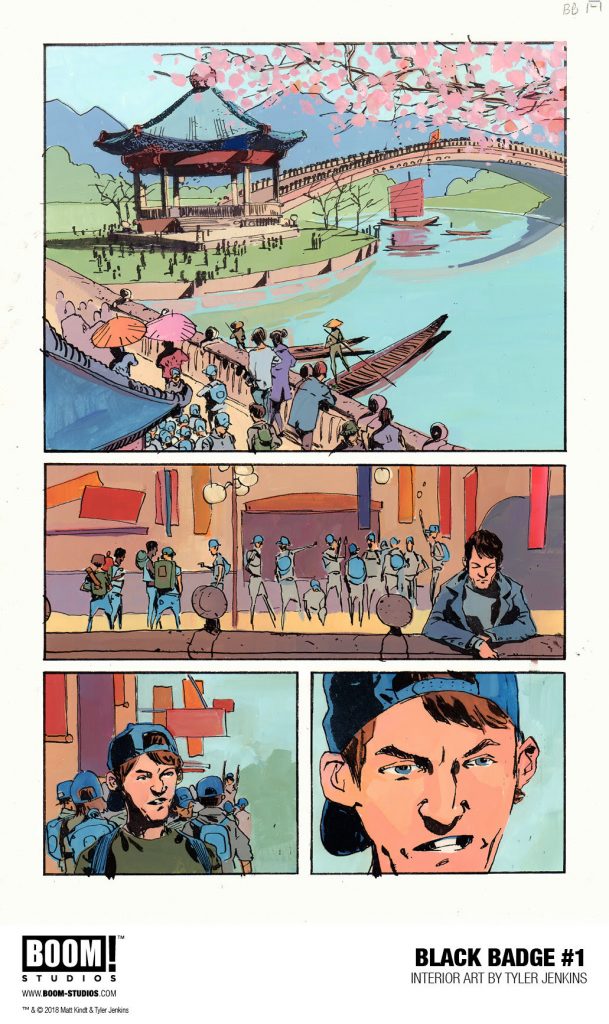 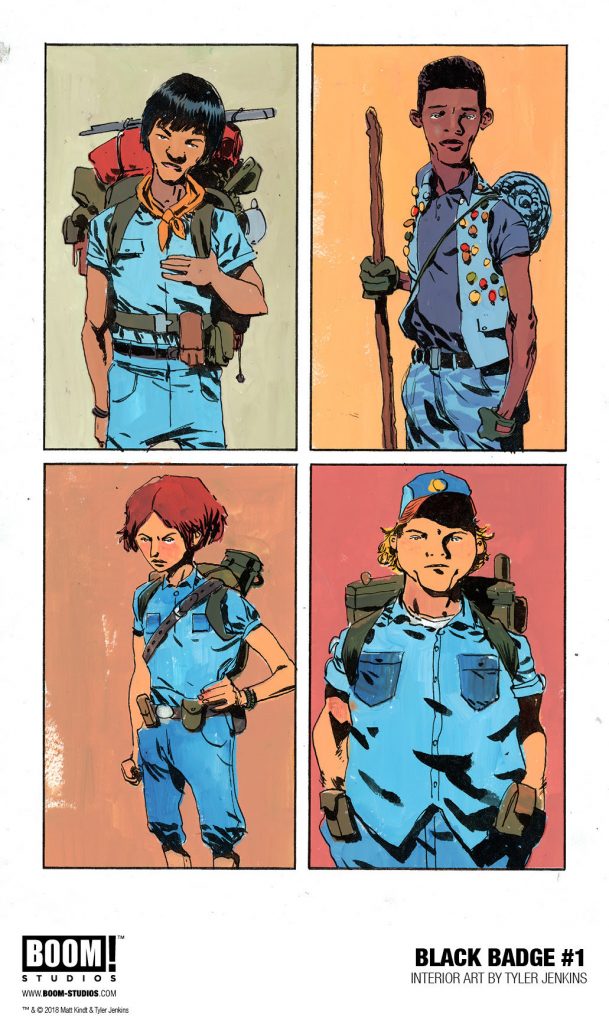 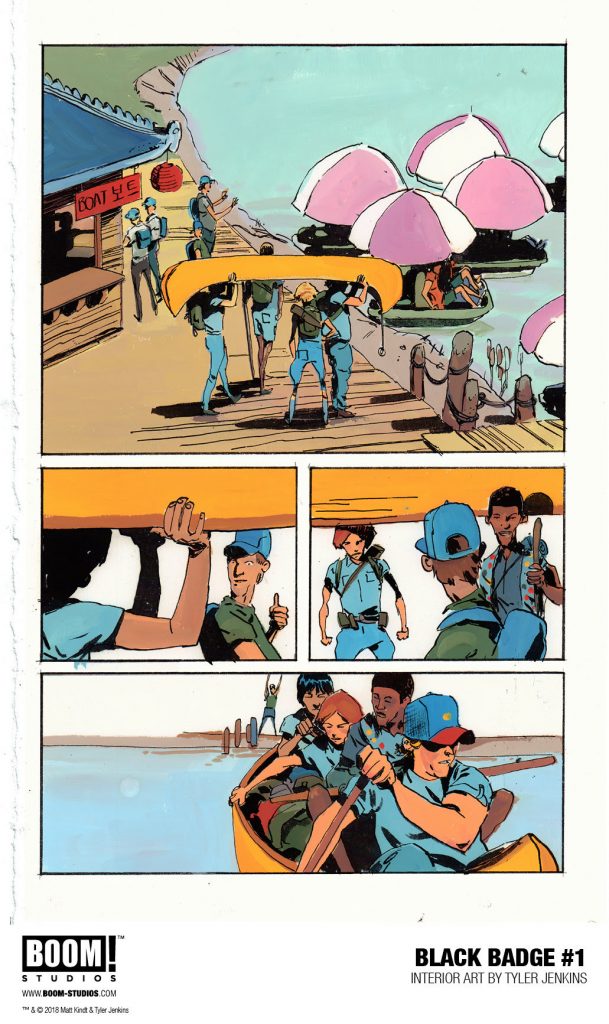 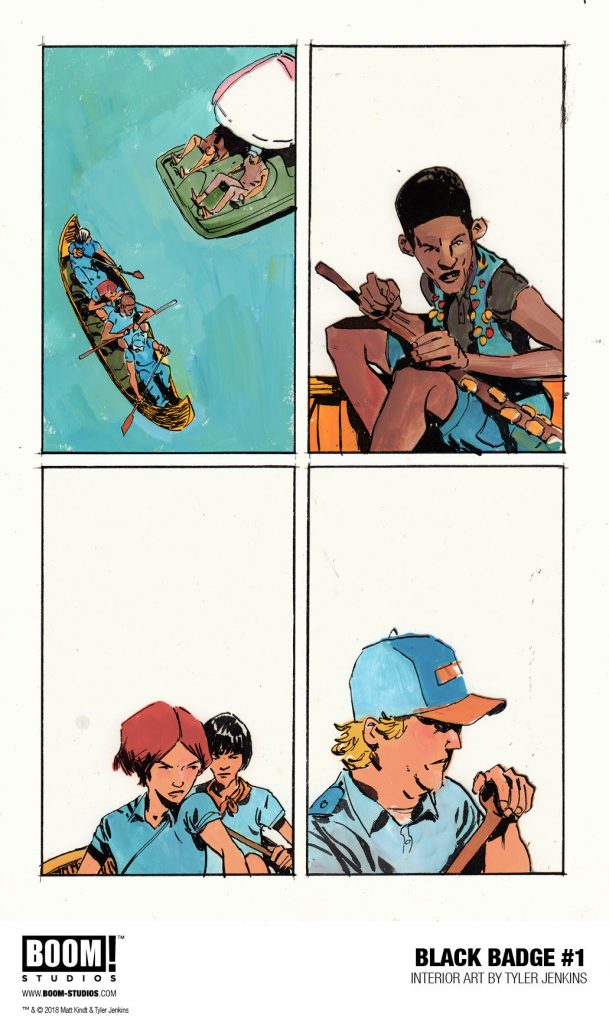 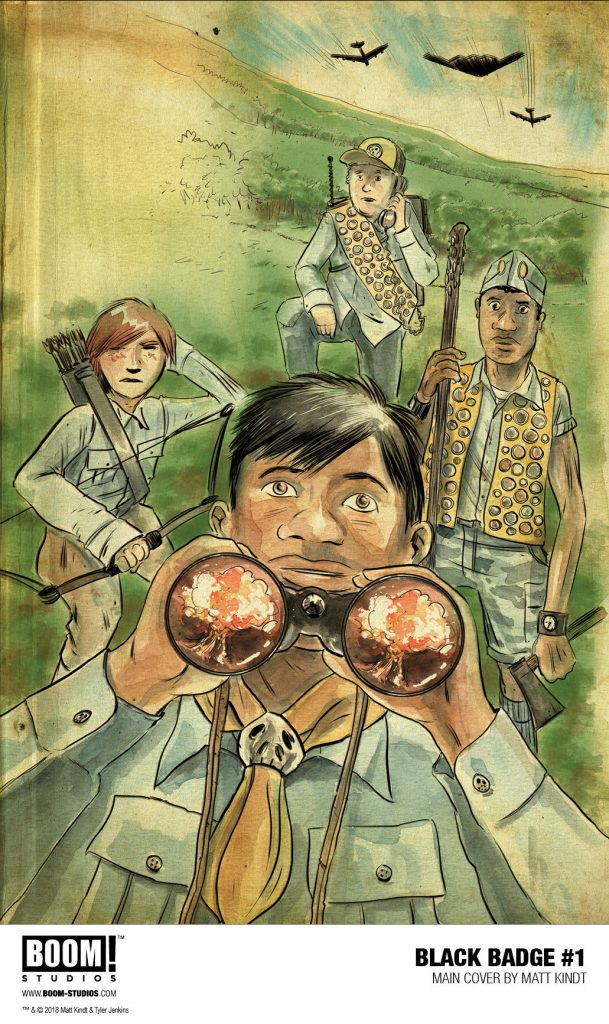